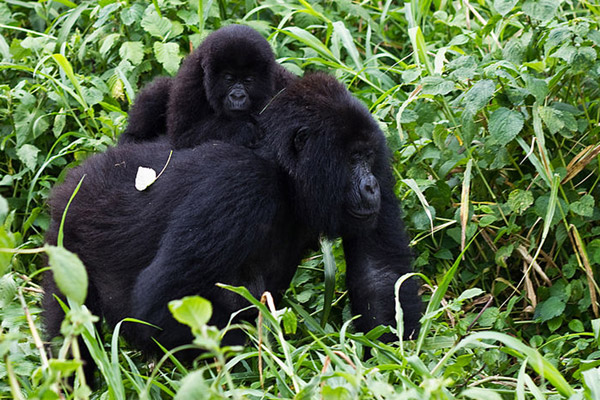 In a surprise announcement, British oil company Soco International has said it will suspend exploratory operations in Virunga National Park, home to half the world’s Critically Endangered mountain gorillas (Gorilla beringei beringei) as well as thousands of other species. The announcement follows several years of campaigning from conservation groups led by WWF, which argued that drilling could lead to severe environmental destruction in the UNESCO World Heritage site located in the eastern Democratic Republic of Congo (DRC).

“Today is a victory for our planet and for good practices in business,” said Marco Lambertini, Director General of WWF International. “This success is the work of government officials, activists within DRC and supporters worldwide who joined together to help remove the most immediate threat to Virunga.”

The decision came after mediation between Soco International and WWF. Soco says it will suspend exploration activities in the park once it has finished seismic testing in Lake Edward.

The DRC government granted the company permits to conduct exploratory operations for oil in the park in 2012. But while the operations were approved by the DRC government, they were condemned by the UN, the International Union for the Conservation of Nature (IUCN), and even the British government. A petition against oil drilling in the park was signed by over 750,000 people.

Established in 1925 largely to protect the mountain gorilla population, Virunga is Africa’s oldest national park. Mountain gorillas were discovered in 1902 making them one of the last big mammals described by scientists. Virunga is also home to okapi (Okapia johnstoni), another big mammal discovered in the first years of the 20th Century. In addition to gorillas and okapi, the park is also home to chimpanzees, lion, savannah elephants, forest elephants, eastern lowland gorillas, and several species of rare birds. With a wealth of habitats, including rainforest and cloud forest, it is considered one of the most biodiverse parks on the continent. 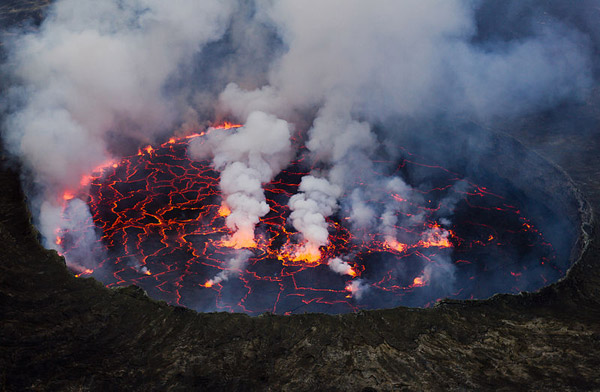 However, Virunga is also one of the most troubled. During the last couple decades, portions of the park have been overrun by poachers, militia, and rebels from Rwanda. In the last 20 years over 150 rangers have been killed in the line of duty. This year, well-known chief warden, Emmanuel de Merode, was seriously wounded after being shot by unknown assailants. Merode, who is currently recovering, was a critic of oil exploration in the park.

However, in its bid to explore the park, Soco International claimed it could provide better security.

Virunga is also surrounded by booming human populations, which have only been exacerbated by refugees from Rwanda. Many of these people are poor and depend directly on the forests and lakes in and surrounding the park for survival. For example, WWF estimated that 50,000 people depend on Lake Edward for fishing and warned that any pollution in the lake could be devastating.

“If free from the threat of oil, Virunga can be a continuing source of hope for the people of DRC. As in other African countries, with proper investment, this park can become a leading economic driver for its communities,” Raymond Lumbuenamo, Country Director of WWF-DRC, said. In fact, a report commissioned by WWF found that sustainable activities in the park, such as tourism and fishing, could be worth $400 million annually for local communities if well-managed. But much of these depends on the DRC’s rocky security situation.

Still, the announcement by Soco International doesn’t mean the fight over oil in Virunga is over. Currently, 80 percent of the park is covered by oil concessions, making it very possible another oil company will come in when Soco leaves.

WWF’s Lambertini said it’s up to the government to halt any future oil activities.

“Now is the time for the DRC government to reaffirm its conviction that Virunga has outstanding universal value for all humanity by canceling all oil concessions overlapping the park as requested by UNESCO.” 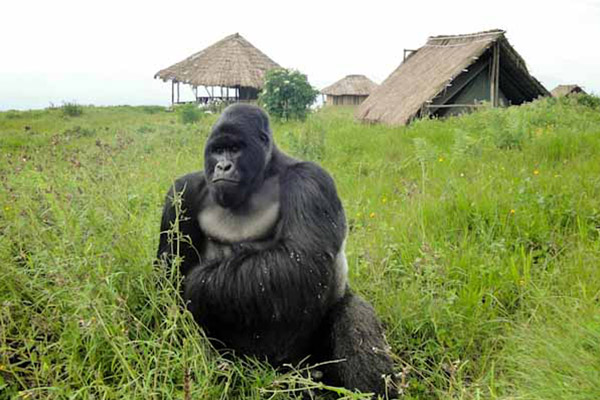