Hunters are wiping out hornbills in Ghana’s forests

Hunting for meat consumption and the bushmeat trade is threatening several species of hornbills in Ghana, in some cases leading to their complete disappearance, according to a recent study.

Ecologist Lars H. Holbech of the University of Ghana said hunters had shifted their focus from the large mammals, now rare in many parts of the country, to large-bodied birds like hornbills. In the July edition of the journal Biological Conservation, Holbech and his colleagues reported that populations of six hornbill species had declined since 1990.

In the first study of its kind on hornbills in Ghana, the team pulled together data from surveys in 26 forested areas, ranging from relatively untouched national parks to recently logged stretches of the Upper Guinea rainforest. This stretch of rainforest in West Africa has been designated a biodiversity hotspot because of the breadth of species it contains as well as the pressures it faces from human activity. 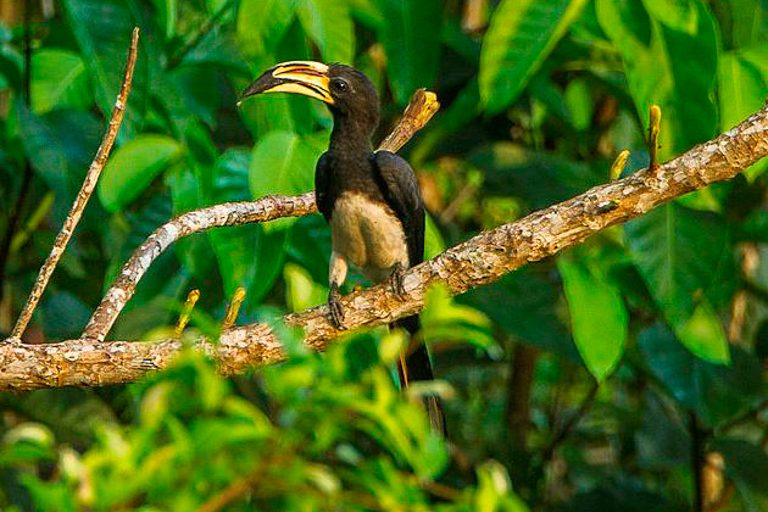 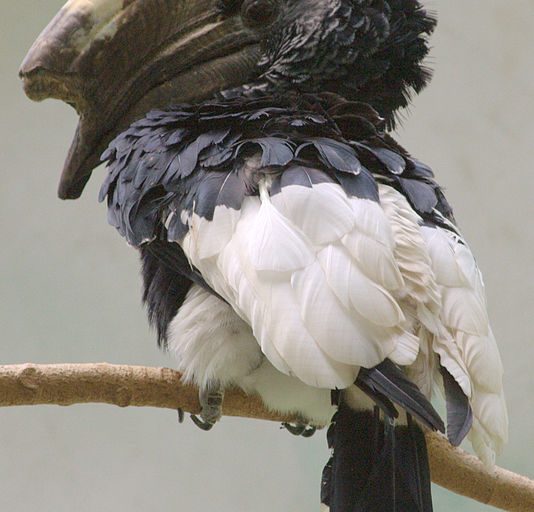 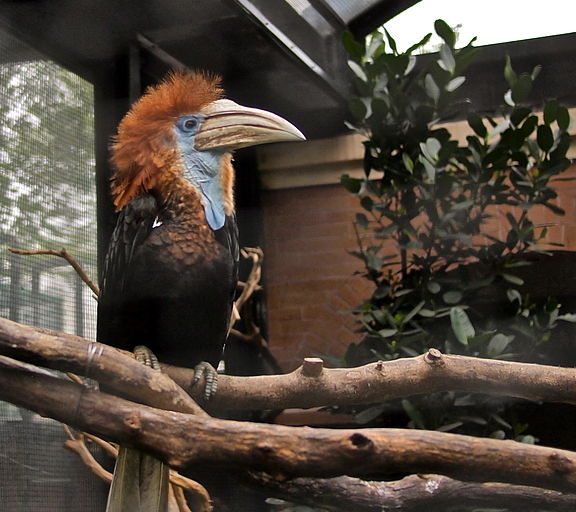 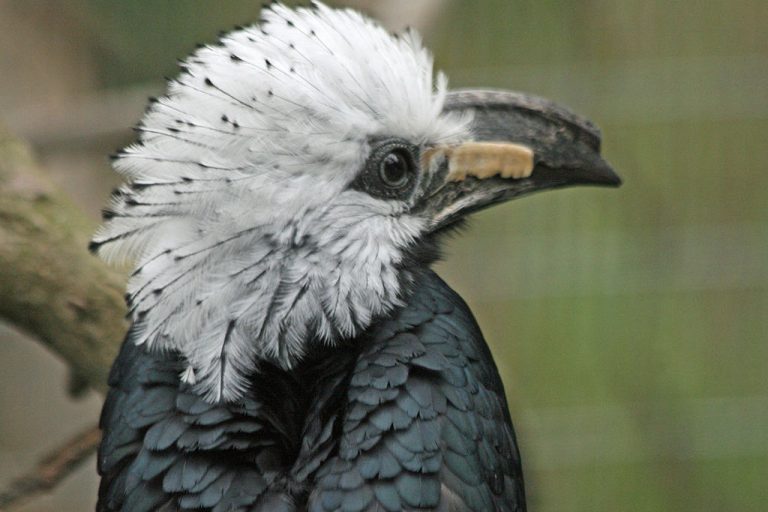 Holbech told Mongabay he had witnessed a change in the hornbill populations he had tracked around Ghana since he first arrived in 1990.

“At that time, I saw them quite often, even in logged areas,” he said. In some parts of the world, the wildlife trade has taken a toll as poachers kill hornbills for their unique casques to use in decorative carvings. Habitat destruction for timber and agriculture are also concerns for hornbills, but Holbech’s research has led him to conclude that some species of hornbills can adapt to changing environments.

“The main problem here is the hunting,” he said.

Bia National Park and the Bia Resource Reserve together form the Bia Biosphere Reserve, a UNESCO World Heritage Site in southwestern Ghana that’s home to virgin rainforest and nine species of primates, including chimpanzees. The park has never been commercially logged, and timber extraction stopped 20 years ago in the resource reserve. Still, the researchers have found no evidence there of the five largest hornbills since the 1990s, which they attribute to “uncontrolled” illegal hunting for the birds that have the most meat. Most other forest reserves in Ghana have also lost entire species of hornbills.

What’s more, between 1990 and 2009, sightings of eight of the region’s species, what ecologists call “encounter rates,” have plummeted by 32 to 88 percent.

The large and well-protected Ankasa Resource Reserve, however, is still home to hornbills, including the yellow-casqued hornbill (Ceratogymna elata), a bird found only in West Africa’s rainforests and listed as vulnerable by the IUCN.

Ankasa isn’t surrounded by the concentration of cocoa farms that have closed in on the boundaries of Bia National Park, Holbech said. Without strong enforcement of the park’s ban on hunting, it’s likely that local farmers hunt there to supplement their often unpredictable income from cocoa farming.

With these steep losses of hornbills, Holbech advocates a stepped-up anti-poaching presence in the park, as well a move toward more involvement of communities in the management of the last refuges for wildlife in Ghana.

Otherwise, he said, “Within a very short time, Ghana is going to lose a lot of its natural heritage, and it will be a disaster.”

John Cannon is a Mongabay staff writer based in the Middle East. Find him on Twitter: @johnccannon