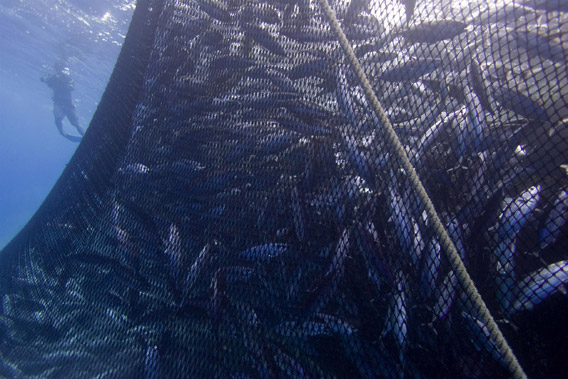 Industrial tuna fishing has pushed some species to the edge of extinction. Photo by: Alex Hoffard/Greenpeace.

Despite a slew of past pledges and agreements, the world’s governments have made little to no progress on improving management and conservation in the oceans, according to a new paper in Science. The paper is released just as the world leaders are descending on Rio de Janeiro for Rio+20, or the UN Summit on Sustainable Development, where one of the most watched issues is expected to be ocean policy, in part because the summit is expected to make little headway on other global environmental issues such as climate change and deforestation. But the new Science paper warns that past pledges on marine conservation have moved too slowly or stagnated entirely.

“Our analysis shows that almost every commitment made by governments to protect the oceans has not been achieved. If these international processes are to be taken seriously, governments must be held accountable and any future commitments must come with clear plans for implementation and a process to evaluate success or failure,” Jonathan Baillie, co-author and Director of Conservation at the Zoological Society of London (ZSL) who is currently attending the Rio+20 conference, said in a press release.

The researchers point out that the global fish catch is between 17-112 percent higher than sustainable, while almost a third of all fisheries are overexploited, depleted, or recovering from depletion, and predict that its likely “governments will fail to meet their commitments to maintain or restore stocks to maximum sustainable yield (MSY) either regionally or globally by 2015.”

Furthermore, the researchers note that a decade after the World Trade Organization (WTO) pledged to reduce harmful fisheries subsidies—worth $16.2 billion in 2009—no plan has been agreed on.

“Harmful subsidies should be phased out by a set date or redirected into beneficial fisheries management plans by governments that choose to continue to provide subsidies,” the scientists write.

Governments also need to redouble efforts to combat illegal, unregulated, and unreported fishing, according to the paper.

“Ubiquitous [illegal, unregulated, and unreported] fishing undermines fisheries management; increases risks to target and by-catch species; steals profits from legitimate fishers and governing bodies,” the authors write, noting that such fishing practices are worth up to $23 billion annually.

The Convention on Biological Diversity (CBD) had pledged to set aside 10 percent of the ocean’s waters as marine protected areas by 2012, but failed to meet that goal, which has now been pushed to 2020. Still, the scientists see some positive action on this end, including several new reserves announced in recent years, but warn that “the strength of protection for many designated areas is questionable, however, and needs improvement.”

Notably, the Australian government announced today a plan to protect around 40 percent of its waters, creating the world’s largest marine protected area network with a total area around the size of India.

Finally the researchers write that while there has been some progress on protecting biodiversity in local areas or with certain animals, like seabirds, for the most part “global assessments of marine biodiversity paint a bleak picture for many taxa; even the most cared for and most closely watched species—such as turtles, sharks, and coral reef fishes—are not safe.”

Currently, 16 percent of so-called “charismatic” marine animals are threatened with extinction. Meanwhile recently experts have warned of mass extinction in the oeans if business-as-usual continues, including a failure to stem climate change.

“There are large scale changes occurring in the oceans that weren’t known to be a problem in 1992 or 2002, such as ocean acidification or mass coral bleaching, which we now know will make sustainable ocean management even more challenging. Rio+20 might be our last real chance to save ocean ecosystems and make sure we can manage marine fish stocks in a sustainable way,” lead author and ZSL’s Marine Policy Officer, Liane Veitch, said.

Although the authors acknowledge that “the complexity of problems and the politics of cooperation have been greater than anticipated”, they say world leaders must step up at Rio+20 where they have failed before.

“The livelihoods of millions, the food security of billions, and the safe functioning of our planet’s oceans are at stake,” the scientists conclude. 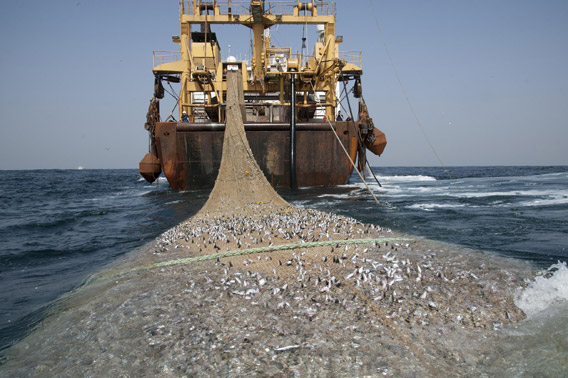 (05/24/2012) The U.S. tropical aquarium market poses problems and opportunities for conservation, according to a landmark study published in the open-access journal PLoS ONE. The study reviewed import records in the U.S. for one year (2004-2005) and found that over 11 million wild tropical fish from 1,802 species were imported from 40 different countries. While the number of fish species targeted surprised researchers, the total amount of fish imported was actually less than expected.

(05/22/2012) Just below the ocean’s surface lies a carbon powerhouse: seagrass meadows. New research in Nature Geoscience estimates that the world’s seagrass meadows conservatively store 19.9 billion metric tons of carbon, even though the threatened marine ecosystems make up only 0.2 percent of Earth’s surface. The findings lend support to the idea that seagrass protection and restoration could play a major role in mitigating climate change.

(04/10/2012) Whole Foods has announced it will be the first grocery chain in the U.S. to no longer sell any seafood in the “red.” Based on sustainability ratings by the Monterey Bay Aquarium and Blue Ocean Institute, fish labeled red are those that are considered either overfished or fished in a manner that impacts other species or damages marine ecosystems. Beginning Earth Day, April 22nd, Whole Foods will no longer be selling Atlantic halibut, grey sole, skate, octopus, tautog, sturgeon, among others. Already, the store doesn’t sell some unsustainable catches such as bluefin tuna and orange roughy.