This is the first article in a two-part series. Read the second installment here.

PANTURA, Indonesia — More than 10,000 brightly painted trawlers regularly come and go from the rowdy fishing ports along this 1,000-kilometer-long northern coastline of Java, the world’s most populous island. Many of them are going nowhere fast.

“Because I still use the cantrang it’s not possible for me to update my paperwork,” said Sutikno, the deputy head of the fishing association in the island’s eastern district of Lamongan, using the common Indonesian term for a seine net.

Seine fishing involves the use of vast nets weighted down to the seabed to envelop larger volumes of schooling fish, such as tuna. The basic principle dates back millennia, but research shows the intensity of modern fisheries has made the modern method increasingly unsustainable.

At issue is the seine nets’ inability to distinguish between the valuable catch and almost anything else: a kilometer-wide seine net dragged behind a 20-ton fishing boat snatches everything in its path.

Globally around 90% of fish species are classified as either fully exploited or overfished — research shows many fish species, like popular bluefin and yellowfin tuna, are being caught faster than the rate at which they can replenish.

In recent years a raft of coastal nations responded to dwindling fish stocks by enacting domestic curbs on the seine net, ranging from limits in near-shore waters to outright prohibition. Skippers in India and the Philippines, for example, are agitating against restrictions imposed by their respective governments.

In 2021 the value of Indonesia’s fisheries exports increased by more than 10% year on year to $5.7 billion. 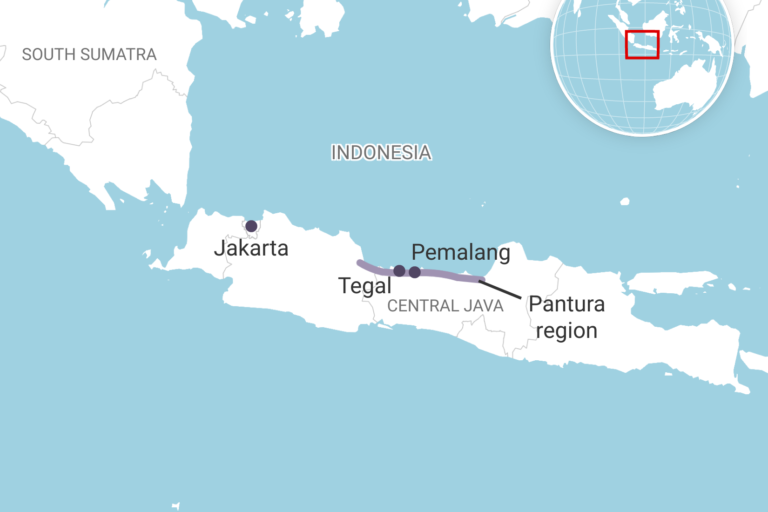 But fishers like Sutikno say alternative nets produced a lower catch volume, making the fishing business uneconomical. The Pantura fishers protested the 2015 ban and won a concession: Susi announced a three-year grace period to phase out the seine net.

Edhy was then arrested on unrelated corruption charges weeks later and his replacement, current minister Sakti Wahyu Trenggono, reinstated the ban in 2021.

Sutikno and hundreds of other confused fishers have sailed around Indonesia’s yo-yoing policy on seine nets with makeshift permits issued by the local port authority.

But that workaround will likely not last as authorities tighten supervision, raising risks that tens of thousands of fishers may soon find their livelihoods taking on water.

Several fishers along Java’s northern coastline told Mongabay that the cantrang ban was cutting revenue at a time when operating costs were rising.

“The catch is down,” said Hadi Sutrisno, coordinator of a fishing association in Pati, Central Java province. “The range is 20 to 30%.”

The 2021 ministry decree prohibiting the cantrang instead sanctioned the use of jaring tarik berkantong, known as JTB . The net is similar to the cantrang but with a minimum 5-centimeter (2-inch) gap in the mesh. The diamond-meshed cantrang, by contrast, typically has a mesh diameter of 2.5 centimeters (1 inch), making it more likely for baby fish to be caught.

Agus Mulyono, coordinator of a fishing association in Lamongan, said his organization’s members found the JTB to be “inefficient.”

“If the ban is implemented fully, then we will not get any fish,” Agus said.

Radin, a boat captain from Tegal, one of the biggest cities on the Pantura coastline, said he was unable even to break even by using the JTB.

“Please calculate whether it is sufficient to cover operational costs or not,” Radin said. “Let’s not just make policy.”

The Pantura fishing bloc is large enough to wield clout in national politics, as illustrated by former minister Edhy’s decision in 2020 to repeal the cantrang ban.

“If the position is that the cantrang damages coral reefs, then I don’t think that is correct,” Lestari said. “Cantrang fishermen avoid reefs because it damages the net.”

Java’s fishing industry accounts for thousands more jobs than just captains and crew. Tens of thousands of support workers, many of whom are women in downstream jobs, rely on the ebb and flow of boats departing and docking at ports here.

“The impact is massive,” said Kadromi, who leads a cantrang fishers association in Rembang district. “One ship has 30 crew members — not to mention the casual workers, fish pickers, transporters, those in the processing factory.

“If the raw materials for fish are not available, everyone will be out of work,” he said.

Kadromi said fishers he knew personally were willing to try shifting to the JTB, but that captains were struggling to get their paperwork arranged.

Kadromi pointed to the driver of a passenger car needing only a driving license, vehicle registration and proof of tax — whereas boat owners are required to submit 17 different documents in order to be seaworthy.

Other fishers said the three-month validity of one mandatory permit could potentially expire while they were still at sea.

One captain in the coastal town of Juwana told Monagbay he had paid 50 million rupiah ($3,330) to a fixer to speed up a fishing permit, known as a SIPI, that costs only 8 million rupiah ($533).

“It’s true and everyone knows it,” Hadi said of scam. “It’s an open secret.”

Fishers said scams and shakedowns were commonplace, and that unexpected costs could easily sink a captain who did not hold sufficient cash in reserve.

“Many are also deceived by hundreds of millions, even billions, of rupiah,” Hadi said.

Gunari, who owns a 70-gross-ton cantrang vessel, was ready at the end of last year to begin a fishing trip he expected to net hundreds of millions of rupiah. But in June he was still stuck in port, burning cash.

“Since December, the permit process has gone wrong,” Gunari told Mongabay over coffee near Tasikagung Port in Rembang. “The loan money that was originally going to be used for [my] operations is about to run out.”

“It’s been almost seven months without going to sea,” Lestari said. “Over time that loan money will run out.”

Around half the 260 large cantrang vessels in Rembang have not been able to leave port. Dozens of them were knocked about this year while roped onto moorings during a storm, adding hull maintenance costs to captains.

Fishers who spoke to Mongabay said infrastructure upgrades at ports in recent years had made unloading far less labor-intensive. But rising administrative costs, food for crew and fuel for the boat have all outpaced any increase in the wholesale price of the fish that they catch — and that they must now sail farther and farther away to find fish.

A typical passage for Sutikno takes the boat northeast far into the Java Sea to the Masalembu Islands between Java and Borneo, a remote archipelago where the Madurese language is spoken. Like thousands of others, he is reluctant to abandon the seine net he has used for decades.

“What about the cantrang people? It is what we are used to,” Sutikno said. “I don’t want to be told to change.”