The report from the Canadian Boreal Initiative and the Boreal Songbird Initiative, entitled “The Carbon the World Forgot”, estimates that the boreal forest—which survives in massive swathes across Alaska, Canada, Northern Europe, and Russia—stores 22 percent of all carbon on the earth’s land surface. According to the study the boreal contains 703 gigatons of carbon, while the world’s tropical forests contain 375 gigatons.

“Past accounting greatly underestimated the amount and depth of carbon stored in and under the boreal forest,” says Jeff Wells, one of the report’s authors.

Researchers explain that while tropical forests store most of their carbon in vegetation, boreal forests store vast amounts of the greenhouse gas deep in permafrost soil and peatlands in addition to its trees. Cold temperatures prevent the complete breakdown of dead biomass in the boreal, so that carbon is accumulated over time, sometimes even millennia. Scientists have found carbon that has been locked away for 8,000 years.

Wells says that these findings should not change scientists’ or policymakers’ view that tropical forests require immediate protection, but only that boreal forests must also be included in negotiations if the world is to successfully to mitigate climate change.

“Any effective and affordable response to climate change should include preserving the world’s remaining, carbon-rich old-growth forests,” said Steve Kallick, director of the Pew Environment Group’s International Boreal Conservation Campaign. “This report makes clear that nations must look not just at the tropics but at all the world’s old-growth forests for climate change solutions.”

In fact, new studies have found that the amount of carbon locked away in the boreal forest may be 2-3 times even current estimations.

“Keeping that carbon in place by protecting boreal forests is an important part of the climate equation,” says Dr. Andrew Weaver of the University of Victoria and lead author for the United Nations Intergovernmental Panel on Climate Change (IPCC). “If you cut down the boreal forest and disturb its peatlands, you release more carbon, accelerating climate change.”

A recent study in Trends in Ecology and Evolution found that 60 percent of boreal forests are degraded and fragmented, while only 10 percent is currently under protection. Logging, mining, and purposely set fires are the leading causes for destruction in the boreal. Russia was found to be the worst manager of its forests out of the boreal states.

The IPCC recommended in 2007 that at least half of Canada’s boreal forest should be protected from any development. Canada retains the world’s largest intact forest.

The report adds its own recommendations: such as the inclusion of peatland carbon into international negotiations and mandatory accounting of all carbon emissions from forest management.

However, some scientists say that while protecting the boreal forests is very important, tropical forests should remain the priority at this time.

“It is almost entirely forest clearing in the tropics that currently contributes near 15-20 percent of global carbon emissions coming from deforestation. While maintaining boreal forest carbon stocks will certainly be a part of future climate change mitigation, it is important to remember that is it the aboveground portion of forest carbon stocks (not the soils where most of the boreal carbon is stored) that are under the greatest threat from human land use change,” Holly Gibbs of Stanford University told Mongabay.com “The bottom line is that we need to work towards protecting the world’s forest as a whole, but that the more than 340 billion tons of carbon stored in the tropics are under the greatest threat now and require our immediate attention.”

Gibbs adds that “the 340 billion tons of carbon stored in the tropics is worth more than 40 years of worldwide emissions from burning fossil fuels.” 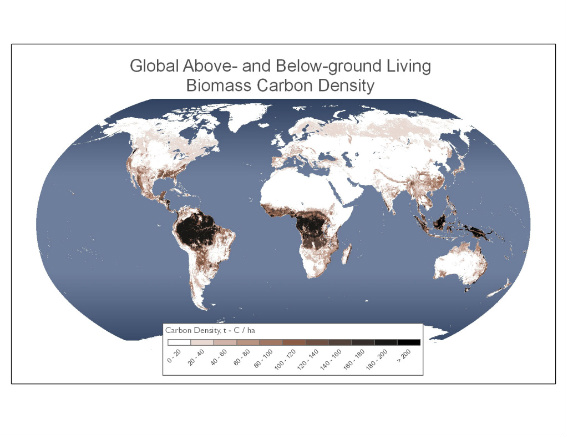 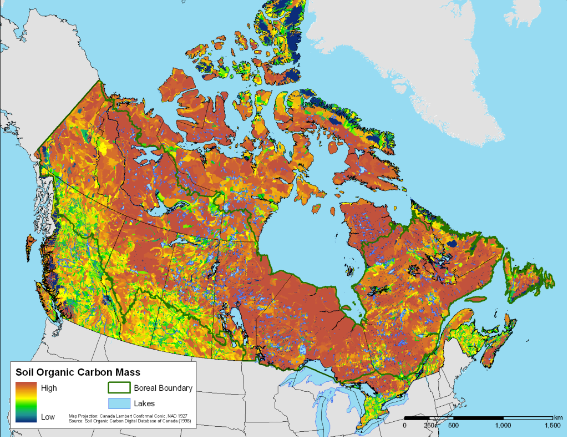 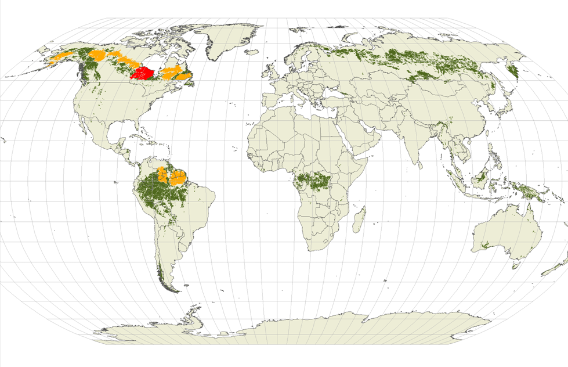 CITATIONS: “The Carbon the World Forgot” is based on a number of studies, including but not limited to:

(09/13/2009) This March, the Canadian province of Quebec pledged to conserve 50 percent of its boreal forest lying north of the 49th parallel, protecting the region from industrial, mining, and energy development. On Thursday 500 scientists and conservation professionals—65 percent of whom have PhDs—sent a letter to Quebec’s Premier Jean Charest calling on him to make good on his promise.

(08/12/2009) Boreal forests in some of the world’s wealthiest countries are being rapidly destroyed by human activities — including mining, logging, and purposely-set fires — report researchers writing in Trends in Ecology and Evolution.

Carbon uptake by temperate forests declining due to global warming

(01/03/2008) North American forests are storing less carbon due to warmer autumns, reports a study published in the journal Nature by an international team of researchers.

(10/31/2007) Forest fires in the boreal forests of Canada are an important source of greenhouse gas emissions reports a new study published in the journal Nature.

Canada’s boreal forest must be saved

(05/14/2007) At a conference Monday, 1500 prominent scientists called for protection of Canada’s boreal forest, one of the largest intact forest and wetland ecosystems remaining on the planet.

Global warming could cause Canadian forests to absorb more carbon

(02/18/2007) Researchers say they have found links between seasonal temperature changes and the uptake and loss of carbon dioxide.

(09/25/2006) Boreal forests provide services worth $250 billion per year globally according to estimates by Canadian researchers. Mark Anielski, an Edmonton economist, says that environmental services from the boreal — including carbon capture and storage, water filtration and waste treatment, biodiversity maintenance, and pest control — are worth about $160 per hectare, or $93 billion per year in Canada alone.