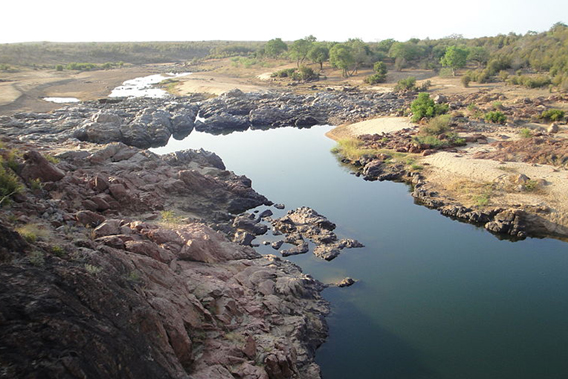 Getting local people to become invested in wildlife conservation is not always easy, especially in parts of the world where protected areas are seen as taking away natural resources from local communities. This tension lies around Gonarezhou National Park in Zimbabwe, where a growing population of livestock herders competes with wildlife. Enter: wildlife conservation payments, in exchange for foregoing poaching and supporting the parks, locals communities are paid either in direct funds or development funds. Now a first-of-its-kind study in mongabay.com’s open access journal Tropical Conservation Science examines whether or not “wildlife income” could help local communities survive in times of drought.

“Wildlife benefits can be a more stable source of income than agriculture,” the researchers write in the paper. “In many of the arid and semi-arid environments, rural farmers’ production activities are characterized by uncertainty due to unpredictable climatic conditions. Under such conditions wildlife utilization becomes a highly competitive form of land use and could diversify and consequently reduce drought risk.”

Using computer modeling of Gonarezhou National Park and surrounding areas the researchers found that, indeed, direct income from conservation of wildlife income “has the potential to compensate for some of the losses in expected income from livestock during droughts.” Yet, the situation changes in regions with highly-fluctuating rainfall, here irrigated agriculture would be a better form of land-use economically than wildlife protection.

“Possible reasons for this include high costs of exploiting the wildlife resource, and the small fraction of wildlife revenues received by households and communities,” the researchers write. Locals stood to gain little individually from wildlife payments, however since the income was assured it was better at providing an economic cushion, even if small, against drought impacts.

The scientists also looked at sustainable sizes of livestock and people in Zimbabwe’s southeastern low veld. According to their modeling, livestock populations are currently five times above the sustainable number, while the human population in the region is eight times above sustainability.

“The current human population and livestock densities are far above current sustainable levels,” the scientists write, adding that “our results therefore suggest that current and future efforts to conserve biodiversity are doomed to fail if no efforts are made to decongest areas surrounding parks with high densities of human and herbivore populations, and to let local households earn more revenues from wildlife.”

The need to jump-start REDD to save forests

(03/08/2013) At least US$7.3 billion has been pledged for REDD+ over the period from 2008 to 2015, with $4.3 billion pledged for REDD+ readiness during the fast-start period alone (2010-2012). In addition to these funds, private investors, private foundations, and others have been channeling financial support to developing countries for REDD+ and related programs for several years now.

(03/05/2013) The history of the Brazilian Amazon has long been marked by deforestation and degradation. Until recently the situation has been considered out of control. Then, in 2004, the Brazilian government launched an ambitious program to combat deforestation. Public pressure—both national and international—was one of the reasons that motivated the government to act. Another reason was that in 2004, deforestation contributed to more than 55 percent of Brazil’s total greenhouse gas emissions, making Brazil the fourth-largest greenhouse gas emitter in the world.

(02/28/2013) As world population climbs from 7 to a projected 9 billion people and emerging and developing economies demand ever more of the food and fiber that drive deforestation, many environmentalists ask with increasing urgency whether and how tropical forests can survive. But the question may actually be whether and how the world’s increasing, and increasingly rich, population can be fed unless tropical forests survive.

(01/28/2013) Unlike cars, hamburgers, and computers, clean drinking water is a requirement for human survival. In a bid to safeguard this essential resource, more and more nations are moving toward protecting ecosystems, such as forests, wetlands, and streams. In fact, according to a new report by Forest Trends’ Ecosystem Marketplace, nations spent $8.17 billion in 2011 to secure freshwater by conserving watersheds.