Brown’s comments, reported in a May 23 article, came in response to a new report commissioned by environmental advocacy groups The Ocean Foundation and MiningWatch Canada. The report warns of serious environmental impacts if mining takes place in the Pacific Ocean’s seabed, and says that even working out what those impacts might be will take considerable time and resources.

“We’re talking about activities at depths of up to four kilometers,” or about 2.5 miles, the report’s lead researcher, Andrew Chin, a marine scientist at James Cook University in Australia, told Mongabay. “And trying to figure out how an ecosystem works takes a long time. I mean, people are still arguing about how mangroves work, and you can walk through them!” 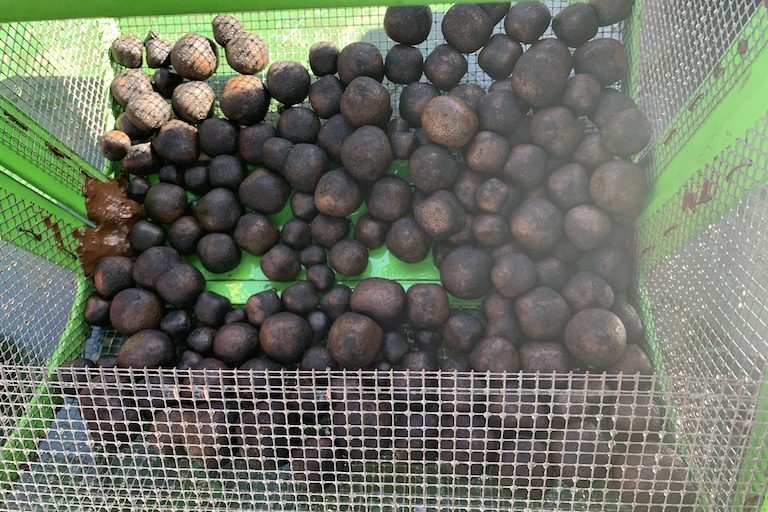 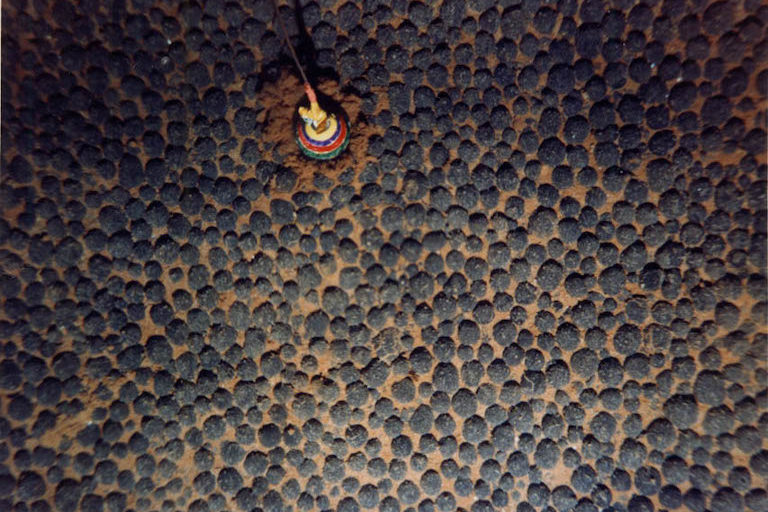 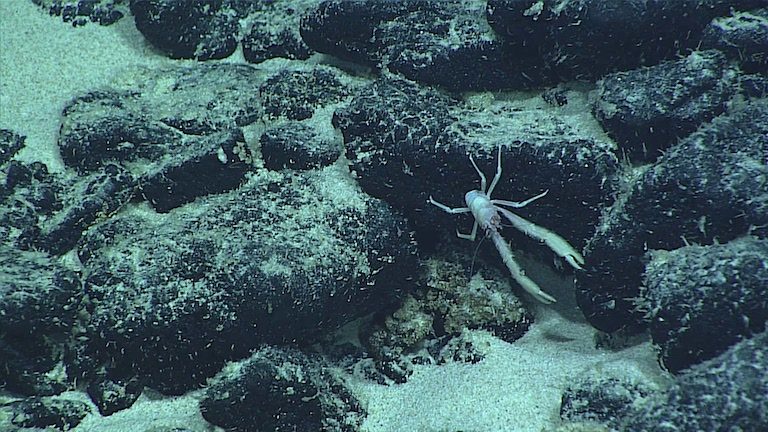 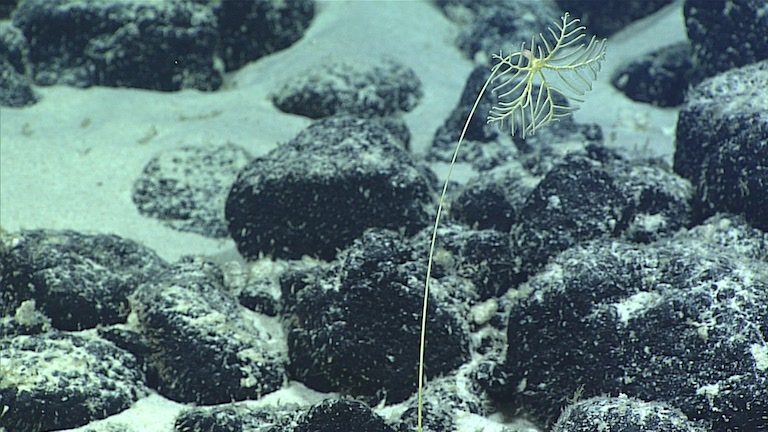 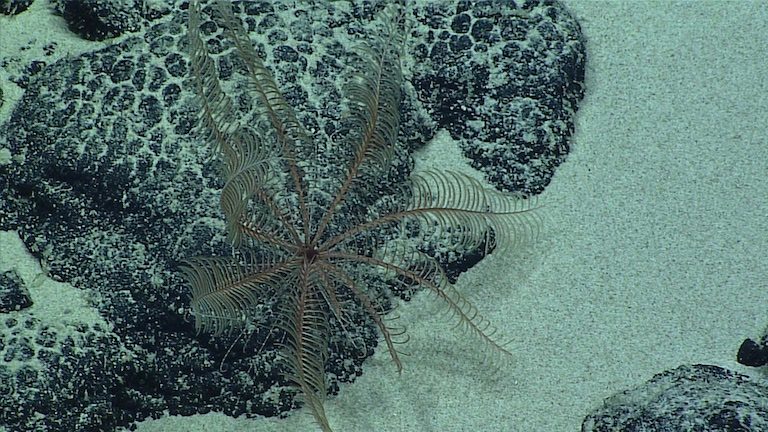 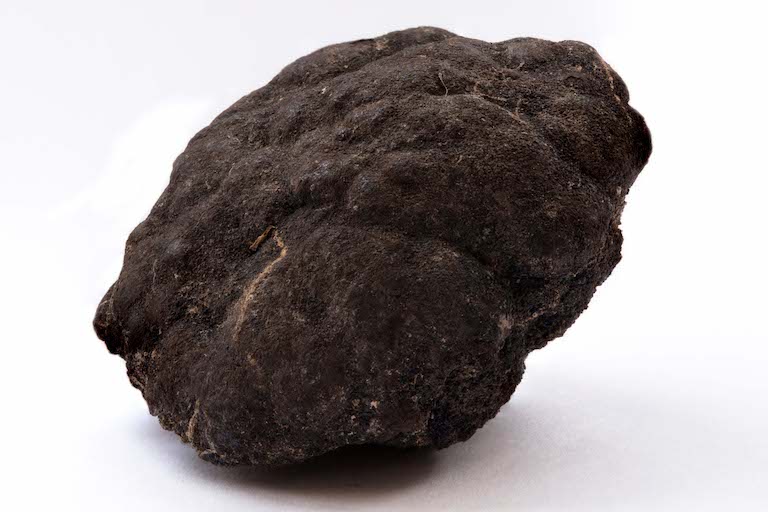 Cook Islands seabed minerals commissioner Alex Herman said in an email to Mongabay that “commercial nodule recovery will have impacts on affected species and habitats in the deep sea,” and added that baseline studies, mitigation strategies and monitoring would all be required if mining were to go ahead. “The Government has to look at issues from a broader perspective,” she added. “This sometimes involves balancing conservation interests with sustainable development aspirations.”

Herman said those aspirations include creating new income streams, as well as jobs and training, environmental protection and contributing to renewable energy development. The country’s economy is dominated by the tourism sector, and has suffered greatly from coronavirus-related travel restrictions, despite itself not recording a single case of COVID-19. “The seabed minerals sector will provide economic diversity that is critical for the Cook Islands’ future as a nation and lessens its reliance on tourism,” Herman said. “The recent COVID-19 pandemic has highlighted our vulnerability, and the need to diversify.”

The Cook Islands made international news in 2017 when it turned its entire exclusive economic zone (EEZ), which spans nearly 2 million square kilometers (772,000 square miles), into the largest mixed-use marine protected area in the world. Dubbed “Marae Moana,” which means “sacred ocean” in Cook Islands Maori, the park was designed to ensure all activities within it complied with its overarching purpose: to protect and conserve the ecological, biodiversity, and heritage values of the country’s marine environment.

A decision-making council and a technical advisory group, both comprising government officials, traditional leaders and civil society organizations (CSOs), were established to help develop a new marine spatial plan that fit the objectives of Marae Moana, and to ensure that any new ocean-related initiatives comply with the park’s overarching purpose. The plan is still being developed.

Meanwhile, the government passed a new act, the Seabed Minerals Act 2019, which sets up new institutions and processes for planning and designating areas for seabed minerals activities. The act is legally subservient to the provisions of the act that established Marae Moana, called the Marae Moana Act 2017. “No license may be granted that…would likely lead to a contravention of a declaration of a marine protected area, the Marae Moana Act 2017, or other zoning rules,” it reads.

But Kelvin Passfield, director of the local conservation group Te Ipukarea Society, told Mongabay he is concerned that without having completed the research and consultation to create the marine spatial plan, there’s a risk that “they’re going to give out mining exploration permits for areas which may in fact be places that should be protected under Marae Moana.” He also expressed concern about the effectiveness of Marae Moana’s checks and balances in practice: Te Ipukarea Society sits on its technical advisory group, but Passfield said the government has ignored its advice and that of other CSOs with marine conservation expertise, and that the advisory group had only met once in the past 12 months.

“Civil society have a role to play in advocating and raising awareness on issues,” Herman said when asked about the CSOs’ concerns. “But at the end of the day, Government needs to make often-hard decisions based on the best interests of our country and people.”

Te Ipukarea Society advocates that the Cook Islands endorse a 10-year moratorium on seabed mining that civil society leaders put forward at the Pacific Islands Forum in Tuvalu in August 2019 and that the governments of Fiji, Vanuatu and Papua New Guinea support. The idea is to allow sufficient time to conduct in-depth research on the ecosystems in question and potential mining impacts.

But the Cook Islands government has vocally opposed the moratorium. Marine scientist Jacqueline Evans, who directed the Marae Moana coordination office from 2017 to 2019, was fired last year after expressing support for the freeze in an internal email.

In a letter to the Cook Islands News on June 4, Deputy PM Brown said the government simply wants to gain the knowledge to determine whether or not mining could be conducted sustainably, and issuing exploration licenses is the only way to fund such research. “Without exploration (which I stress, is not ‘mining’), we have no realistic way of gaining a better understanding of the deep-sea environment, and indeed to know whether we may or may not be able to harness the resources which exist at these depths in the longer term,” he wrote.

Passfield said while the government claims all parties want the same thing — more information — “they have not demonstrated this in their actions.” Last year, it approved two short research cruises by different companies and “there was no requirement placed by Government on these cruises to collect any biological samples,” he said. “Only nodule and sediment samples were taken, and this was just for analysis for mineral content, nothing biological.”

Herman acknowledged the dearth of knowledge on the deep-sea environment, but said that one of the cruises did collect “targeted fauna associated with sediments and nodule surfaces” and that companies granted exploration licenses would be required “to demonstrate how they will collect and analyse environmental baseline data.” Should mining go ahead, she said, the government would take a precautionary approach and adopt environmental management and mitigation strategies until further best practices can be determined. “The effectiveness of mitigation strategies to protect the environment will become known over time,” she said.

But Chin said it’s difficult to envisage how any mining could be carried out in Cook Islands’ waters without irreversible ecosystem impacts. “These are quite diverse habitats, and so many new species are still being discovered,” he said. “And we know that, generally speaking, because of the environment of high pressure, low light, low energy and low temperature, deep-sea animals grow slowly, and anything that grows slowly is quite vulnerable to an acute impact like mining.”

As the report outlines, lots of species, including corals, sponges, sea urchins, sea stars and jellyfish, live on the manganese nodules themselves, and many others rely on them. Deep-sea octopuses, for example, lay their eggs on dead sponges attached there. “So if you’re mining the nodules, you are removing everything that’s associated with them,” Chin said.

Beyond the seafloor, mining would likely also impact the whole water column right up to the surface, Chin added, both directly through plumes of sediment and tailings, and indirectly through ecological linkages. “So those impacts could be felt in things like tuna fisheries, which are extremely important for the Pacific,” he said.

For more on the story of Marae Moana:

Banner image: The ROV Deep Discoverer grabs a manganese-crusted rock sample near a brisingid sea star at about 2,400 meters (nearly 7,900 feet) depth during a 2017 expedition. The dive site, called Te Tukunga o Fakahotu, was located just north of the Manihiki Plateau, near the Cook Islands. Cook Islands nodules occur far deeper, at 4,500 to 6,000 meters (14,800 to 19,700 feet). Image courtesy of the NOAA Office of Ocean Exploration and Research, Mountains in the Deep: Exploring the Central Pacific Basin.

Monica Evans is a freelance writer based in Aotearoa New Zealand who specializes in environmental and community development issues. She has a master’s degree in development studies from Victoria University of Wellington. Find her at www.monicaevans.org.

Correction 6/25/20: A previous version of this story contained several inaccuracies that Cook Islands seabed minerals commissioner Alex Herman alerted Mongabay to: It incorrectly attributed the assertion that “the country now earns almost 70% of its revenue from tourism” to Herman; it incorrectly stated the government aims to begin mining within five years; and it incorrectly stated that the Seabed Minerals Act 2019 allows the Seabed Minerals Authority to bypass the Marae Moana council and technical advisory group. After conducting additional research we have corrected the story. We regret the errors.

Clarification 6/25/20: This story has been updated to include the Cook Islands’ non-economic sustainable development aspirations that Herman listed in her interview with Mongabay: jobs and training; environmental protection; and contributing to renewable energy development. It also includes new statements by her about the collection of biological data by companies interested in mining Cook Islands’ seabed.