‘Who wants to go for holiday to see large clear-cuts?’: Slovakia turns against its national parks

The largest member of the grouse family, the capercaillie, is losing ground in the Carpathian Mountains. A recent study published in the journal of Landscape Ecology found that suitable habitat for capercaillie (Tetrao urogallus) – an iconic member of the grouse family – has decreased by roughly 85 percent in the Carpathian Mountains of Central and Eastern Europe.

The study, led by Dr. Martin Mikoláš of the Czech University of Life Sciences, Prague, examined changes to preferred capercaillie habitat in the Carpathian Mountain range, which runs through portions of the Czech Republic, Hungary, Poland, Romania, Slovakia, and Ukraine. Mikoláš and his team reached the ominous conclusion that more suitable capercaillie habitat was lost within protected areas than outside of them. While the finding is troubling, it’s not exactly surprising, especially in Slovakia.

The study arrives on the heels of recent criticisms from the International Union for Conservation of Nature (IUCN) in regards to Slovakia’s management of Tatra National Park, a known stronghold for capercaillie populations.

The non-migratory capercaillie is a habitat specialist, requiring large areas of undisturbed forest to thrive. The capercaillie is dubbed “an umbrella species for biodiversity conservation,” by Mikoláš and his colleagues in their paper.

Unfortunately, that strategy doesn’t appear to be playing out in Slovakia.

Located within the Carpathians, the Tatra Mountain Range formed roughly 200 million years ago, sometime during the Paleozoic Era. Situated along the border of Poland and Slovakia, the Tatras cover an area of roughly 340 square kilometers, over 75 percent of which lies within Slovakia.

Tatra National Park is the oldest national park in Slovakia and considered a national treasure by natives. Its highest peaks reach elevations of roughly 2,600 meters, and the area is known for its incredible beauty as well as intense windstorms.

Aside from the capercaillie, the park is also home to the endemic Tatra chamois (Rupicapra rupicapra tatrica), a subspecies of the chamois. Commonly referred to as a goat-antelope, the Tatra chamois is considered a Critically Endangered species by the IUCN Red List. Other species that call the park home include the Alpine marmot (Marmota marmota), Eurasian brown bear (Ursus arctos arctos), Eurasian lynx (Lynx lynx), European pine marten (Martes martes), grey wolf (Canis lupus), and red fox (Vulpes vulpes).

Following a powerful storm in 2004 that leveled over 12,000 hectares, members of the IUCN visited Tatra National Park to help map out a conservation strategy for the region. The area is categorized as a national park under IUCN classifications and considered a Class II protected area in the World Database of Protected Areas (WDPA), a joint initiative between the IUCN and the United Nations Environment Program (UNEP).

The WDPA defines a Class II park as “a natural area of land or sea, designated to protect the ecological integrity of one or more ecosystems for this and future generations.”

But recent criticism from the IUCN and a variety of NGOs allege that the park is not being managed according to these guidelines. Currently, hunting, logging, and commercial development are all occurring within the park at increasing rates. In many areas, the Slovak Ministry of Environment issues “exceptions,” or permits, for such activities to take place. According to local conservationists, permits for activities like hunting are relatively easy to obtain. That, combined with poaching due to insufficient patrolling, make for a grim situation for wildlife native to the area, according to sources.

A number of conservationists have called for the Slovak Ministry of Environment to either revise its management policies or re-classify the area to reflect the reality of what’s actually taking place within the park borders.

The Slovak Ministry of Environment did not return several requests for comment on the management of its protected areas.

Dr. Juraj Svajda, a professor at Matej Bel University, noted that while natural disturbance always plays a role in habitat availability, “the bigger problem is reduction of size and quality…of habitat, including rising disturbance due to artificial human activities and impacts.”

Svajda explained that development within the park often occurs through loopholes that allow existing infrastructure to be modernized, which then brings more tourists, which in turn requires more infrastructure.

“We call this the salami method,” Svajda said. “Firstly they argue only for modernization of existing infrastructure, which brings more and more people, so then they argue that due to safety they must build ski-slopes wider, and so on.”

In 2012, over 70 scientists signed an open letter urging the Prime Minister to halt construction and development activities within Slovakia’s national parks until proper environmental assessments are carried out.

The Tatras happen to be a major hotbed for capercaillie populations, and, given their habitat requirements, their wellbeing in the Tatras serves as an important indicator for biodiversity health in the region. 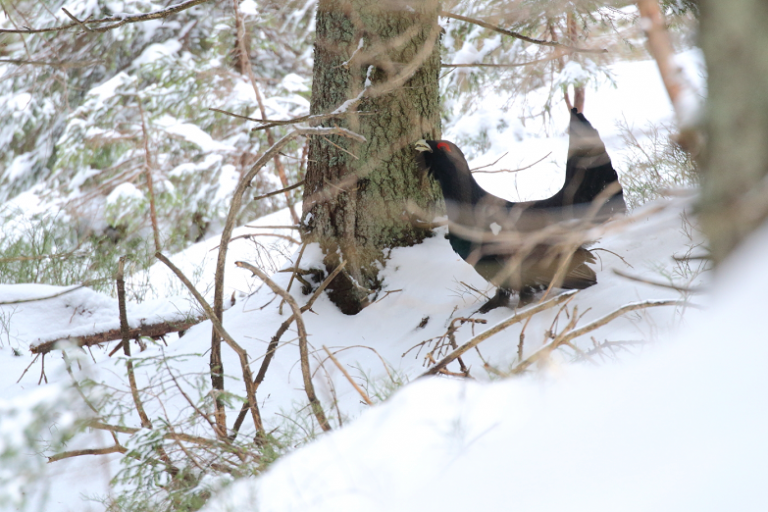 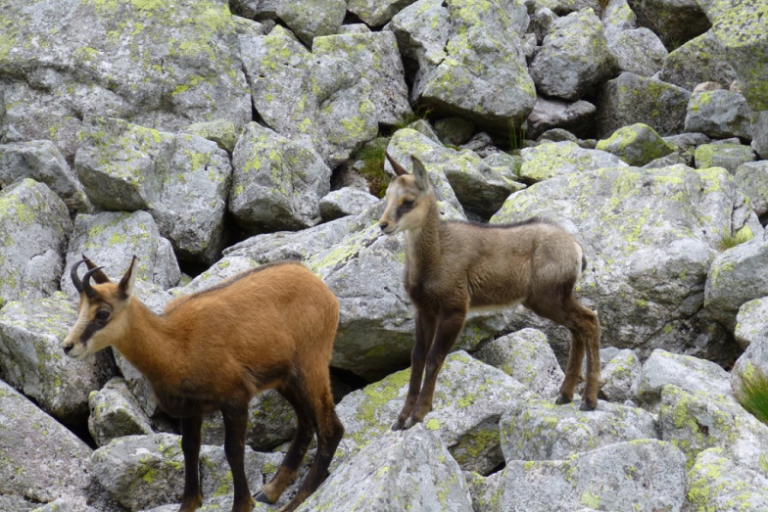 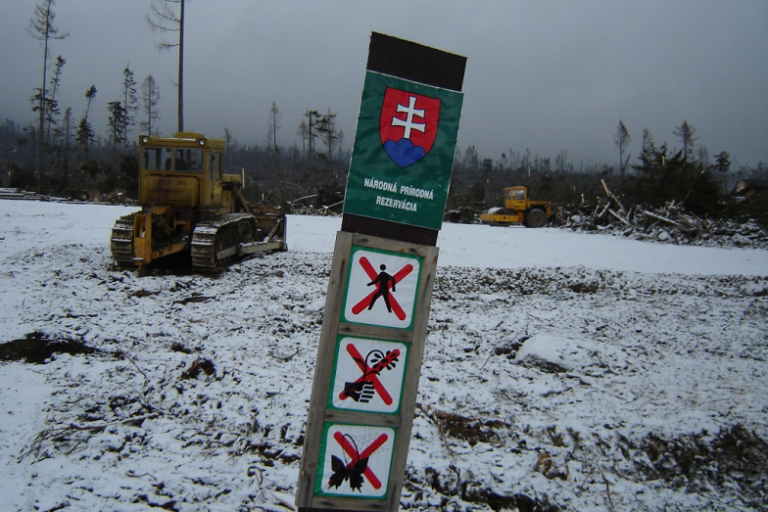 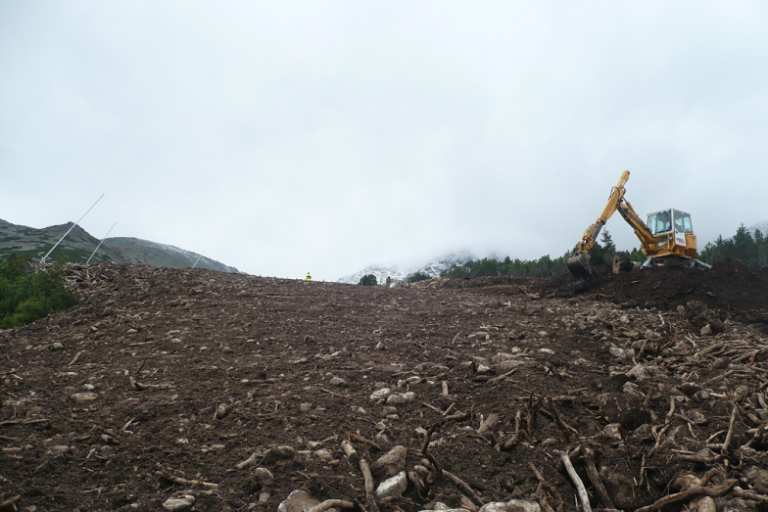 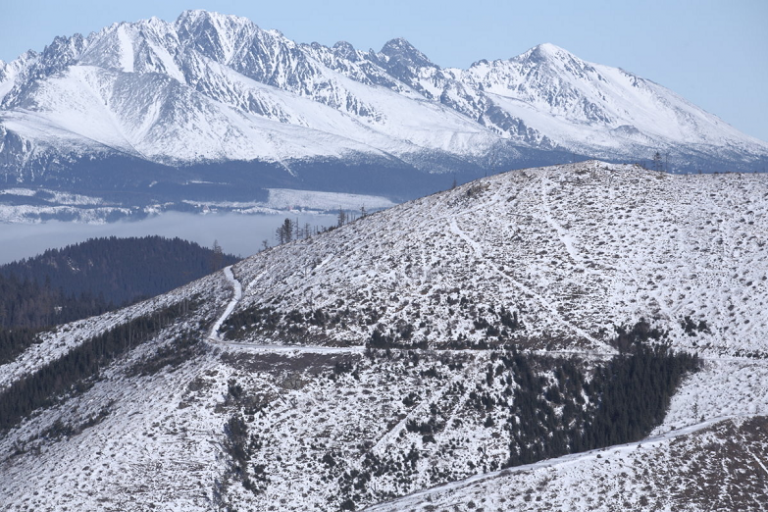 In their recent study, Mikoláš and his colleagues found that from 1985 to 2010, suitable habitat for capercaillie decreased from roughly 7,500 to 1,100 square kilometers across the Carpathian Mountain range, including Tatra National Park in Slovakia.

“Incredible clear-cuts with areas of hundreds of hectares fragmented the [capercaillie] populations. Many became isolated and extinction depth is in progress. The most alarming aspect is that all these are still going on and accelerating,” Mikoláš observed.

With loss of habitat comes a decline in habitat connectivity, and populations in the Tatras are being cut off and isolated at an alarming rate. The study concluded the genetic flow between the populations of Eastern and Western capercaillie is now virtually nonexistent, which could ultimately lead to more vulnerable populations and a decreased ability to adapt to climate change.

The study’s findings that more habitat was lost within protected areas than in unprotected areas throughout the Carpathians appear in line with recent allegations that Slovakia has failed to comply with national park standards according to IUCN guidelines.

In a recent letter to the Ministry of Environment in Slovakia, the IUCN requested an update on the progress and implementation of their management recommendations issued over a decade ago. Based on Slovakia’s response, the IUCN could potentially downgrade the national park from a Class II to a V, which is considered a protected landscape managed primarily for recreation and conservation.

The Slovak Environment Ministry maintains that it is ultimately up to them to decide how their protected areas are managed, but conservationists worry that a failure to cooperate with the IUCN could damage the area’s reputation and lead to a decrease in tourism.

Or, as Mikoláš put it, “Who wants to go for holiday to see large clear-cuts?”