A compilation of new camera trap videos from Yasuni National Park shows off rarely seen species like the rufous-vented ground cuckoo (Neomorphus geoffroyi) and the short-eared dog (Atelocynus microtis) as well as odd behavior, like sloths licking salt from the ground. The compilation is produced by Diego Mosquera, manager and head of the camera trap program at Tiputini Biodiversity Station which is run by the Universidad San Francisco de Quito.

Located in Eastern Ecuador, the Amazonian park is considered at least one of the world’s most biodiverse places—and arguably the most biodiverse of all. However, decades of oil exploration inside the park have taken their toll and the government now plans to expand operations into the most remote sections of the park, places where very few people—aside from indigenous tribes—have ever seen.

In a recent interview with mongabay.com, Mosquera points out highlights in the new camera trap video and discusses the wider context fueling the oil drive in Ecuador.

Yasuní, the greatest concentration of diversity on earth from Diego Mosquera on Vimeo.

Mongabay: Are there any species here that you haven’t captured before? Will you tell us about them?

Diego Mosquera: Yes! this time we managed to capture the rufuos-vented ground cuckoo, a large terrestrial species of bird in the cuculidae family, highly inconspicuous and infrequently seen. Other birds that we recently captured on camera trap include the White-throated toucan (Ramphastos tucanus) and the olive oropendola (Psarocolius bifasciatus). Moreover, this time we captured several species of monkeys, including pygmy marmosets (Cebuella pygmaea), titi monkeys, and golden-mantled tamarins (Saguinus tripartitus)—a species of monkey whose distribution is practically limited to the Yasuni area. And to me, the best part, is the fact that this time we captured a female jaguar with two cubs!

Mongabay: Any behavior you’d like to highlight for viewers?

Diego Mosquera: Yes. This time we captured great footage of two individuals of nocturnal currasow (Nothocrax urumutum)—one of the hardest species of birds to observe—but during the day (at around 3:50 PM). Normally they are crepuscular and nocturnal (therefore their name), so it is very unusual to see them so active during they day. We know that sloths also go to saltlicks but, as far as we know, there isn’t much information about the frequency of visits of sloths to saltlicks. The two-toed sloth (Choloepus didactylus) on the video (which by the way is shown at 4x speed) is a frequent visitor of the saltlick. We’ve been monitoring this and other individuals for several months coming at least 3-4 times a week to the saltlick. This is incredibly interesting information and we are working on a paper on this matter.

Mongabay: Why is Yasuni so important?

Diego Mosquera: I think the best way to show why Yasuni is so important is to make a comparison. In one hectare of forest in Yasuni live more species of plants than in the U.S. and Canada combined. One hectare of forest of Yasuni was found to contain 87 species of amphibians, that is half the number in the U.S. and three times as many in the whole of Western Europe. It is estimated that Yasuni holds more than 100,000 species of insect species per hectare, perhaps the highest insect diversity recorded anywhere else in the planet. Needless to say, with such high diversity the effects of any impacts are higher than in any other place.

Mongabay: Where does the current debate over drilling stand?

Diego Mosquera: The debate has been going on for few months now. In a international perspective, the financial crisis that began in late 2000’s has put a lot of pressure on Ecuador’s international sources of credit. This contraction has in turn put emerging market economies, basically China, in the position of being able to tie their financial support and loans to extractive industries in places as diverse as Yasuni. The repayment for some of the loans is in the form of crude oil to China and it is estimated that in 2011, eleven percent of Ecuador’s GDP was owed to Chinese development banks, totaling about USD 7 billion. These global pressures for fossil fuel energy and ease of funds to governments create serious challenges on the efforts of protecting areas like Yasuni, where oil is not even abundant (the entire Yasuni oil reserves would fuel the US for less than 40 days and the world for less than 10 days). In October 2013, the Ecuadorian Congress requested the government to provide civil society with tools to assist and monitor field operations to ensure proper conduct, but unfortunately we haven’t seen much of it yet. 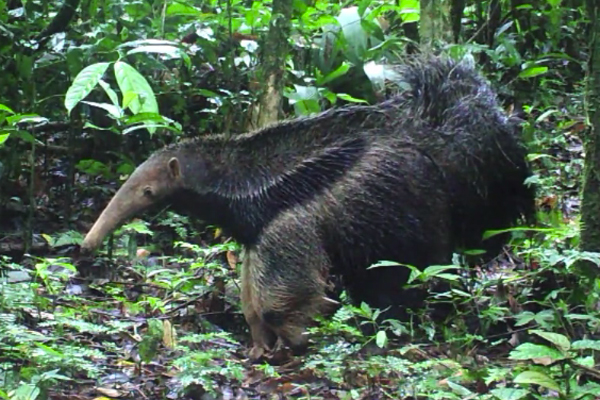