Keeping up with the climate: efforts to reduce African crop losses face the extra hurdle of climate change 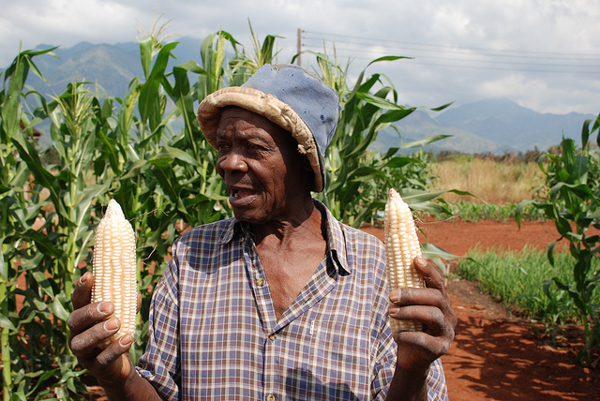 Farmers in tropical areas have long struggled to maximize their crop yields, but the strikes against them just continue to mount. To start with, they tend to lack storage and processing tools that industrialized countries take for granted — things like refrigeration, ovens, and grain elevators. On top of that, they’re working the land in places where climate change may already be wielding its effects, making disease, rainfall patterns, and crop yields less predictable.

Africa, Latin America, and developing Asian nations lose roughly between 7 and 13 percent of their harvested crops to things like insects, rodents, mold, or heat spoilage before they ever reach the consumer, estimating from a 2013 analysis by the Washington, D.C.-based research group World Resources Institute. The loss of crops during this so-called "post-harvest" stage is a newly recognized problem that governments and development organizations have just, in the last few years, started to address by deploying new equipment and training farmers in improved harvest or storage practices.

But as climate change begins to unfold, this job is only getting harder. For instance, last year Tanzania lost a lot of its corn, or maize, as it’s called in most of Africa. In some areas almost 100 percent of the crop spoiled, according to Bertha Mjawa, who works to reduce crop losses for a Tanzanian government-affiliated project called Market Infrastructure, Value Addition and Rural Finance. “Climate change didn’t allow for drying period. So as the maize were mature, they were dried a bit — and the rains continued, so all got mold,” explained Mjawa.

Changes like these are causing concern at organizations tracking the issue of post-harvest losses, and some are trying to prepare. The Rome-based International Fund for Agricultural Development (IFAD) and the government of Rwanda launched a project last April to help rural smallholder farmers in Rwanda manage the risks that climate change poses for agriculture by improving their processing and production practices. 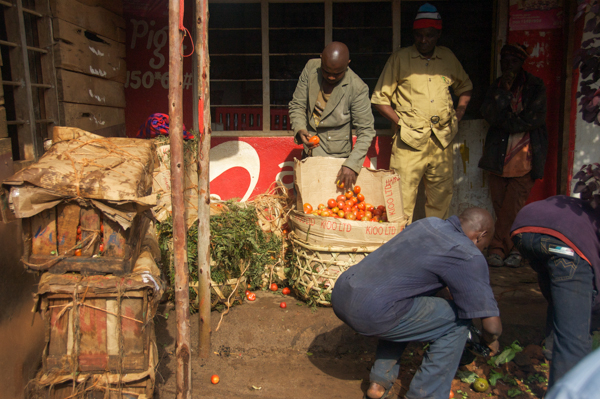 In the small market town of Lukozi in northeastern Tanzania, farmers sell their produce or pack it onto trucks for transport to bigger markets. Credit: Rachel Cernansky.

“[F]armers can no longer rely on the sun to dry cereals and pulses to safe moisture-content levels for storage. Higher humidity conditions at harvest are more conducive for development of micro-organisms and insects,” an IFAD press release about the project launch stated. “To buffer this growing range of climate-induced stresses, new agricultural investment programmes need to incorporate improved post-harvest processing and storage techniques.”

There is a growing body of research describing ways in which conditions likely under climate change may affect crops. For instance, a 2009 paper showed that exposure to elevated carbon dioxide increased malformations, skin lesions, and sugar content, and reduced certain nutrients in potatoes. A 2011 review article suggested that elevated carbon dioxide levels, in conjunction with changing temperatures and water availability, could help toxic fungi proliferate on crops. And a 2013 paper showed that the taste and texture of apples may already be changing as a result of global warming.

As changes like these emerge, farmers may need to modify how they store or process their crops — whether that means adjusting the speed or temperature at which they harvest or dry a crop, or shifting to different equipment. And as governments and organizations wake up to the issue of post-harvest crop losses and shape new programs and recommendations to reduce them, it’s vital they consider how their recommendations might need to change with the climate.