How termites hold back the desert 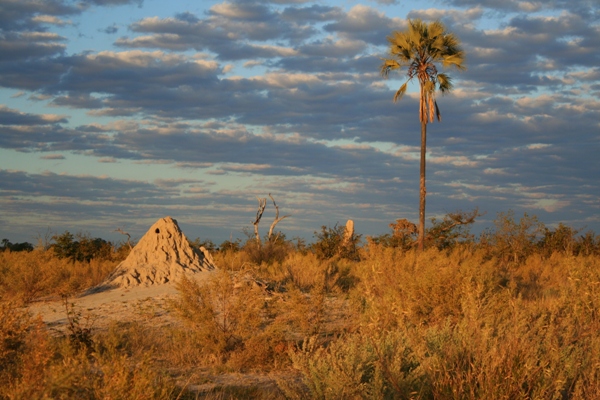 Some termite species erect massive mounds that look like great temples springing up from the world’s savannas and drylands. But aside from their aesthetic appeal—and incredible engineering—new research in Science finds that these structures, which can stand taller than five meters (17 feet) above ground, do something remarkable for the ecosystem: they hold back the desert. By providing a moist refuge in a dry landscape, termite mounds allow plants to flourish and keep desertification at bay. As such, these mounds could be key for mitigating some of the worst impacts of global warming in drylands.

“The rain is the same everywhere, but because termites allow water to penetrate the soil better, the plants grow on or near the mounds as if there were more rain,” explained co-author Corina Tarnita with Princeton. “The vegetation on and around termite mounds persists longer and declines slower. Even when you get to such harsh conditions where vegetation disappears from the mounds, re-vegetation is still easier. As long as the mounds are there the ecosystem has a better chance to recover.”

Termites may be tiny, but in recent years, researchers have recognized that these eusocial insects are impressive ecological engineers. In other words, they drastically impact their immediate environment. Termite mounds often have distinct plant communities and sport higher biodiversity. But, the new study released today goes one step further, proving that termite mounds provide crucial buffers against drought and desertification.

Using intensive computer modeling, researchers teased out just how significantly termite mounds transform their immediate environment. They found that even if regional vegetation declines by 30 percent due to drought, plant cover stays steady on the termite mound. Given this, the researchers dub the termite mounds, “islands of fertility.” 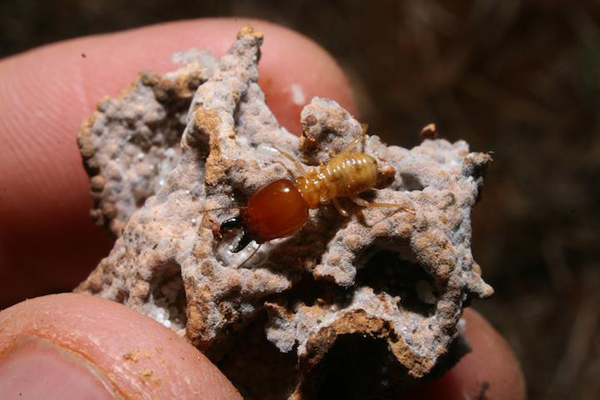 It turns out the tiny termite plays a big role in drylands. Photo by: Robert Pringle.

To build and maintain their mounds, termite move around signification amounts of dirt. They also farm fungus on which they feed, much like some species of ants. Through such actions, termites change both the chemical composition and the physical structure of the soil around them, allowing it to hold on to water and provide crucial nutrients for plants. In doing so, termites may also be climate heroes by keeping drylands from falling into desert.

“I like to think of termites as linchpins of the ecosystem in more than one way,” said co-author Robert Pringle, who has studied termite mounds for years. “They increase the productivity of the system, but they also make it more stable, more resilient.”

In the paper, Pringle and colleagues warn that this new understanding of termites may mean climatologists have misread how vulnerable some areas are to desertification under various climate change scenarios. Using satellite images, experts identify which drylands are most likely to make what the researchers call a “catastrophic shift” from drylands to desert. Yet, from satellites, the vegetation in areas with termite mounds looks remarkably similar to that in ecosystems near-collapse. But, since termite mound clusters prove to be far more resilient against collapse than non-termite areas, experts must be careful when sounding an alarm. 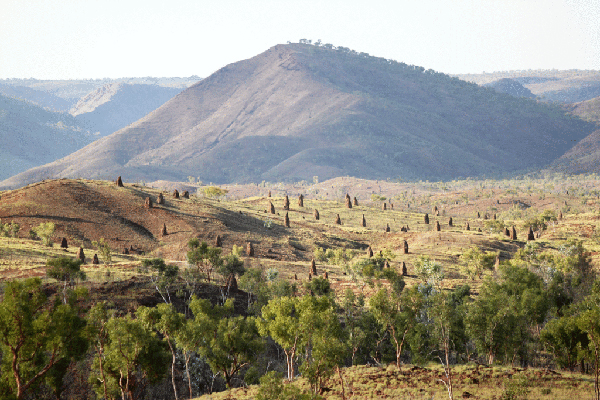 Termite mounds in the Bungle Bungle Range in Australia. Photo by: Ouderkraal/Creative Commons 3.0.

Mound-building termites are found in the savannas, drylands, and deserts of Africa, South America, and Australia. But they may not be the only dry ecosystem areas that provide such benefits. Other engineering insects, like ants, may provide similar ecosystem services. Burrowing mammals like prairie dogs, gophers, and ground squirrels may also do the same.

“This phenomenon and these patterned landscape features are common. It’s not always termites causing them, but they may very well have similar effects on the ecosystem,” Pringle theorized. “However, exactly what each type of animal does to the vegetation is hard to know in advance. You’d have to get into a system and determine what is building the mounds and what are the properties of the mounds.”

But, here, agriculture poses a problem. Farmers often remove termite mounds when they take over. Other mound builders and burrowers are also often killed off or removed as pests to make way for new farms. In doing so, though, farmers may be unwittingly removing an ecological water saver and ridding themselves of an effective buffer against climate change.