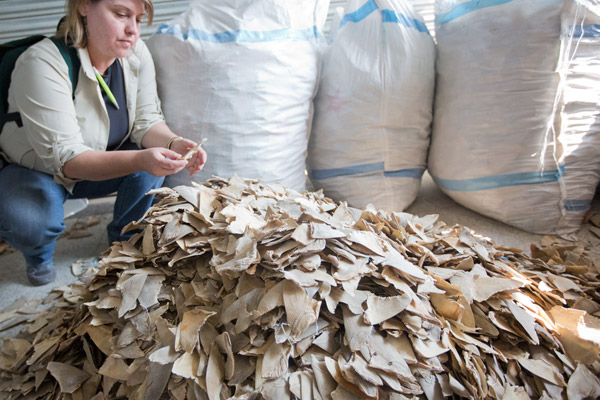 Shark fins are usually sliced off the animal while its still alive. Photo by: WildAid/Hilton.

Shark fin demand has dropped precipitously in China in just a few years, according to a new report by WildAid. The wildlife NGO has spearheaded a major media campaign, incorporating celebrities like Yao Ming, to raise awareness about the impacts of shark fin soup on the world’s vanishing shark species. Shark fin traders in Guangzhou—the current informal capital of the shark fin trade—say their sales have fallen by 82 percent in just two years, according to WildAid.

“Demand reduction can be very effective,” said Peter Knights, Executive Director of WildAid. “The more people learn about the consequences of eating shark fin soup, the less they want to participate in the trade.”

Shark fin soup, once seen as a status symbol or served as special occasions in China, has arguably been the main driving force behind the near eradication of many shark species worldwide. Experts have estimated that between 26 and 73 million sharks were killed every year for their fins at the height of demand. Many fisheries would simply catch sharks, slice off their fins, and throw them back in the water—often still alive. Due in part to the insatiable demand, scientists believe that a quarter of the world’s shark and ray species are now threatened with extinction.

Yet, surveys in China in 2006, when WildAid’s campaign kicked-off, found that the bulk of the public was ignorant about the impacts.

“Early surveys indicated that 75 percent of Chinese were unaware that shark fin soup came from sharks (the name of the dish translates to “fish wing soup” in Mandarin), while 19 percent believed the fins grew back and few understood the negative impacts on shark populations,” reads the report.

But activists have been fighting back with informative campaigns. Partnering with Chinese governments and private media sources, allowed WildAid to use $164 million worth of advertising free—and the culturally-sensitive ads appear to be working. According to the WildAid report, prices for shark fin are plummeting amid less demand. In Guangzhou retail prices are down 47 percent and wholesale prices 57 percent over the past two years.

An online survey by WildAid, found that 85 percent of Chinese consumers gave up shark fin soup over the past three years as well. Over 60 percent of those that had given up the once-luxury dish cited the awareness campaign as instrumental to their choice.

Still, the battle to protect the world’s sharks is by no means over.

“Although these data are compelling, the shark fin trade continues, both legally and illegally,” asserts the report. “For example in March 2014, interviews with Belizean fishermen revealed they continue to get US$75 per pound (approximately US$165 per kilogram) for medium to large shark fin…Additionally, a 2014 field report from Hetang Town, Jiangmen in Guangdong revealed five businesses processing fins for transfer to and sale on YeDi Road in Guangzhou. One business was found to be processing fins from the Philippines, another from Peru—a leading exporter of shark fins.”

At the same time many countires are stepping up to save their sharks. Dozens of countries have banned shark finning from their waters. A few have even banned fishing for sharks altogether, such as the Bahamas, the Maldives, Brunei, Honduras, and Palau. In fact, a 2011 study in Palau found that sharks were worth far more alive than dead due to tourism. According to the research, a single shark during its life brings in $1.9 million in tourism revenue, while a dead shark sells for $108. 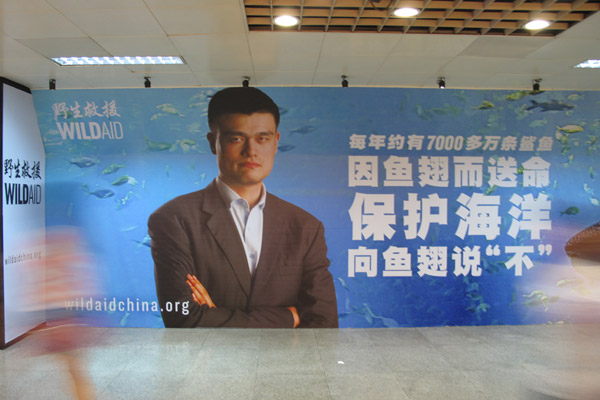 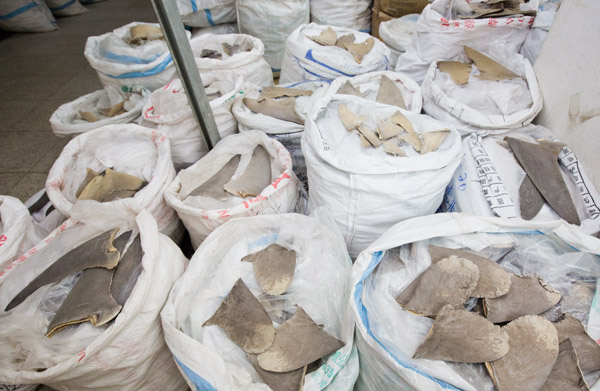 (11/23/2013) Indonesia’s national carrier Garuda Indonesia has joined a growing number of airlines looking to curb the international shark fin trade by banning the transport of shark fins and other shark products on their aircraft. The airline had previously transported 36 tons of shark fin products a year, the conservation group said in a media release on Nov. 15.

(11/10/2013) Authorities in Costa Rica have identified a new method used by fishermen to circumvent a ban on killing sharks for their fins. According to an INTERPOL alert, fishermen are now leaving a band of skin to keep the fin attached to the spine when they kill sharks. This approach takes advantage of an apparent loophole in regulations governing the shark fin trade.