“To achieve these goals, we need to protect more land, on average, than we currently do, and much more in key places such as Madagascar, New Guinea and Ecuador,” explains co-author Stuart Pimm with Duke University and the NGO Saving Species. “Our study identifies regions of importance. The logical—and very challenging—next step will be to make tactical local decisions within those regions to secure the most critical land for conservation.”

The researchers scoured plant data from the Royal Botanic Gardens in Kew, England to find hotspots of endemic species, i.e. species regulated to a single location or region.

“Species endemic to small geographical ranges are at a much higher risk of being threatened or endangered than those with large ranges,” explains lead author Lucas Joppa at Cambridge.

Not surprisingly, the priority areas identified for plant conservation start with many of the world’s islands, such as Caribbean, Pacific, and Mediterranean islands. Next come countries like Costa Rica, Panama, Ecuador, Taiwan, the Philippines, Papua New Guinea, Malaysia, Indonesia, Sri Lanka, Madagascar, and South Africa. Outside of national boundaries, the study also found important regions such as India’s Western Ghats, montane and coastal forests in East and West Africa, and southwestern Australia.

“We are not suggesting that we could protect all of these regions and nothing else, but this hypothetical 17% sets the bar for achieving [both the CBD goals],” the researchers write in the paper.

Targeting such areas would also go a long way toward protecting Earth’s animals.

“Our selected regions are important for terrestrial vertebrates. We find that 89% of bird species, 80% of amphibians, and 74% of mammals live within them,” the researchers note.

Currently, around 13 percent of the world’s land areas are under some form of protection, however, these protected areas have been created more along political lines than biodiversity ones.

“Present conservation efforts bias toward lands that are high, cold, dry, or otherwise far from people—often a mismatch with where conservation needs are pressing,” the researchers write.

If the 17 percent target set by the CBD will help maintain global biodiversity (and stem global extinctions overall—another goal of the CBD), conservationists and policy-makers will have to focus more on regions of high biodiversity and high endemism. 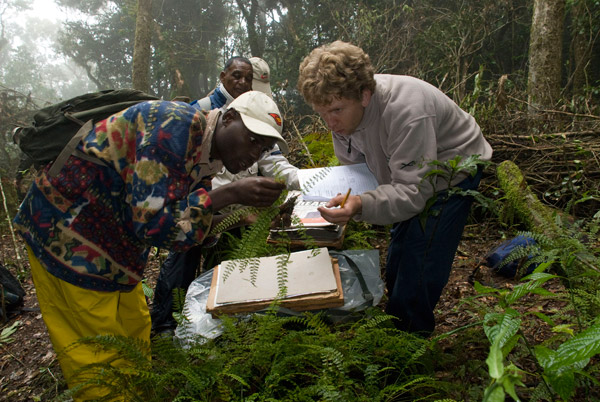 (08/27/2013) Organizations within the international conservation community are joining forces to minimize impending extinctions in Southeast Asia, where habitat loss, trade and hunting have contributed to a dramatic decline in wildlife. The coalition is aptly named ASAP, or the Asian Species Action Partnership.

(06/25/2013) What region of the world has the most imperiled mammals? Where are the most bird species found? And where are new amphibians being discovered? Indonesia and Malaysia is the answer to the first question; the Amazon, the second; and the Andes, the third. A new study in the Proceedings of the National Academy of Sciences (PNAS) has used global data on 21,000 mammals, birds, and amphibians to create magnificent maps that highlight missing priorities for conservation.

(06/05/2013) When deciding whether or not to clear a patch of rainforest land for development, scientists are often called in to quantify how many different species exist there. But determining the number of rare and threatened species living in a section of jungle isn’t easy. If they are very rare, the individual members of the species will be hard to find; if the area being surveyed is along a steep slope it may be difficult to access the area; if there are lots of species to identify, you might need to hire a dream team of biologists—each specialized within a different area of biodiversity—and that can get expensive. However a new study in the Proceedings of the Royal Society Journal by an international group of scientists suggests a more cost-effective and efficient way to rapidly assess local biodiversity.