Commentary by Viraj Singh on 27 September 2012 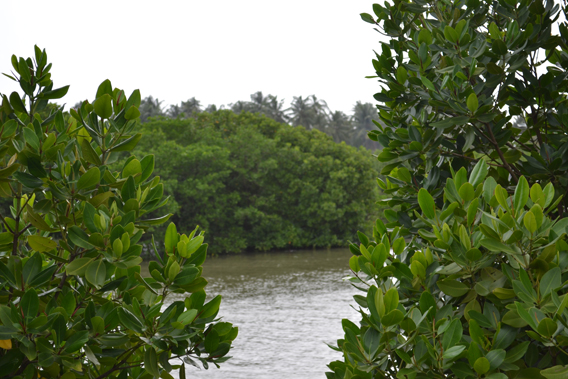 In the Uttar Kannada district of the Western Ghats, the livelihood of the average individual depends largely on the well being of the environment. Six months ago, before large-scale mangrove planting of the area, if someone were to walk through the banks of the mangroves in the Western Ghats he would see many fishermen casting their long nets and wires, time and time again noticing pieces of trash such as plastic grocery bags tangled in the nets.

Problems like plastic bags in the Western Ghats require simple solutions. The Snehakunj Trust that monitors one of the eight districts of the Western Ghats, deemed a UNESCO world heritage site, generates small-scale rural development activities such as the eradication of plastic grocery bags and plastic water bottles. Now as I walk the banks of the red mangroves, I see fishermen casting nets and wires, retrieving white fish from the roots of the mangroves.

Another small-scale rural development activity put in place by Snehakunj is composting. As an American, composting in a small bin in my backyard serves the simple purpose of fertilizing my vegetable garden. Yet in the Western Ghats livelihoods are built on the making and selling of compost due to the escalating cost of chemical fertilizer and a local economy based on agriculture. The immense amount of flora in the region and humid weather facilitate the composting process, yielding large amounts of usable compost throughout the year. In the Uttar Kannada district, villagers have adopted the bokashi composting method, in which the plant matter is fermented before entering the compost pit in order to reduce odor and speed up the composting process. In order to reduce fertilizer runoff and pollution that causes dead zones in the Sharavati River, the major source of water in Uttar Kannada, Snehakunj has taken an entire village under its wing, introducing organic farming and vermicomposting. Compost is a tool used to prevent soil degradation from monoculture. Soil degradation would be devastating for farmers and the agricultural economy of Uttar Kannada.

In India, the cremation of bodies that are then thrown into the rivers for religious purposes results in large-scale pollution in rivers. In many cases, bodies aren’t fully cremated, resulting in the contamination of water. Eighty percent of India’s deaths that result from disease are water borne, and in the rural areas of Uttar Kannada, people bathe in the same rivers that they put the cremated bodies in.

Another major source of environmental degradation is the illegal mining of iron ore in areas around Uttar Kannada. The result of this undocumented mining is iron ore so low in quality that India doesn’t use it. Instead, the iron ore is shipped to Korea and China. Three check points in Uttar Kannada have been set up to prevent the transport of the ore. The large trucks that carry the ore usually are overloaded with one and a half time the allowed cargo. Iron ore, usually made up of iron oxide, is found relatively close to the surface in large beds. To reach the ore a large hole is dug, often kilometers wide, resulting in the displacement of huge amounts of soil and deforestation. Large-scale mining projects decrease the amount of land used for agriculture and provide only temporary employment for the locals. Also farmers are reluctant to farm on old mining grounds because mining for a certain mineral such as iron depletes the amounts of nutrients in the soil needed to sustain vegetation. Iron is a key component in chlorophyll; without it plants lack the ability to photosynthesize.

The Snehakunj Trust creates more stable jobs through its 11 ½ acre organic farm which grows spices such as black pepper, cacao, and turmeric, coconuts, and other medicinal plants. The trust also sells their medicinal plants at a local dispensary qnd uses their plants at their local Ayurvedic hospital. However, even privately owned organic farms, such as the organic farm looked over by the trust, face their fair share of adversity as an uncontrollable wild boar population that tears up much of the farm’s crops and low-lying medicinal plants. The trust organizes projects for the locals to build fences and walls to keep out the boar. In return, the locals gain valuable work experience needed for future employment.

As the population of the Uttar Kannada district increases, the dependence on the well being of the environment increases as well. People are forced to open their eyes and realize the harmful effects that both industry and personal action pose on the environment. 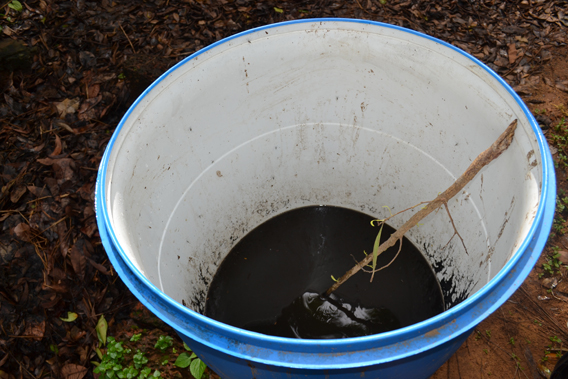