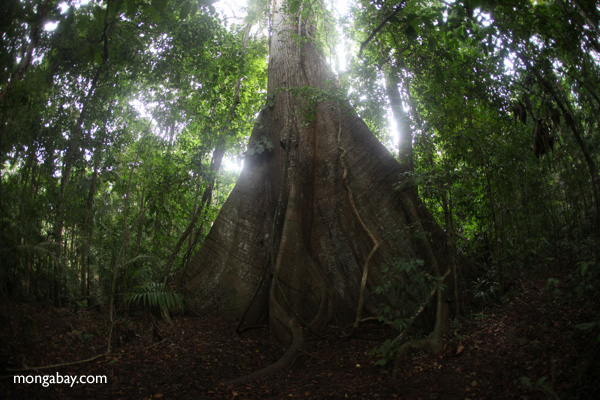 A dispute over the implementation of REDD+ (Reducing Emissions from Deforestation and Degradation) in Panama has pitted the United Nations (UN) against the nation’s diverse and large indigenous groups. Represented by the National Coordinator of Indigenous Peoples in Panama (COONAPIP), indigenous groups charge that the UN has failed to meet several pledges related to kick-starting REDD+ with their support, including delaying a $1.79 million payment to the group to begin REDD+-related activities. The on-going dispute highlights the perils and complexities of implementing REDD+, especially concerns that the program might disenfranchise indigenous groups who have long been the stewards of their forest territories.

“COONAPIP is an organization with a very particular nature, maybe the only one in Latin America and without a doubt in Central America, as it unites all the country’s indigenous peoples under the ‘same house.'” Betanio Chiquida, President and Chief COONAPIP of the Embera and Wounaan, told mongabay, noting that COONAPIP works with each indigenous peoples’ traditional authorities. COONAPIP also works with the Panamanian government to represent indigenous interests.

The UN does not disagree that indigenous groups are an important part of the equation in REDD+ in Panama and elsewhere, calling COONAPIP a “key actor” for negotiations.

“It will be critical for the REDD readiness process in Panama to make sure that all the indigenous people and other forest-dependent communities in the country are properly informed about REDD, and able to participate to the consultations and decision making processes,” Pierre-Yves Gueduz, a technical advisor with UN-REDD in Panama told mongabay.

But, indigenous groups say the UN promised COONAPIP $1.79 million to implement strategic planning for Panama’s future REDD+ program, a commitment that the UN denies ever making in a recent letter. Whatever was agree on, COONAPIP expected funds and support from the UN, but when these failed to materialize in a timely process COONAPIP says it was forced to throw in the towel.

“This situation caused the COONAPIP to lose its offices and paid technical staff in early 2012, and led to great delays in implementing the [Strategic Plan for Political Impact (PEIP)], which was a very strong blow to the organization,” COONAPIP wrote in a letter to the UN.

At the end of the letter, COONAPIP threatens to “formally definitively withdraw from the REDD process in Panama” if the promised funds are not delivered and a previously established three-party agreement, between the organization, the UN, and the Panamanian government, remains unsigned.

Chiquida alleges that the “process has been plagued with inconsistencies” related to free, prior and informed consent (FPIC) as well as “social and environmental safeguards.”

“It’s our opinion that the mechanisms created by the UN demonstrate that they are not applicable in a transparent way in indigenous peoples communities,” he adds.

In response to the letter sent by COONAPIP, the UN REDD program proposes a meeting to hash out the dispute. The UN fully admits that “delays, due to various factors, some of them beyond the control of the UN agencies, have affected all phases of project, including those involving indigenous groups,” but “reiterate[s] their willingness to work together with COONAPIP.”

However, large disagreements remain. The UN letter states that it has no evidence of an agreement for $1.79 million, and says that the person who allegedly made the promise, Vanessa Retana, adviser to the UN Development Program (DP) Regional Centre, actually stated that “any specific amount would be defined by the parties at a later date.” 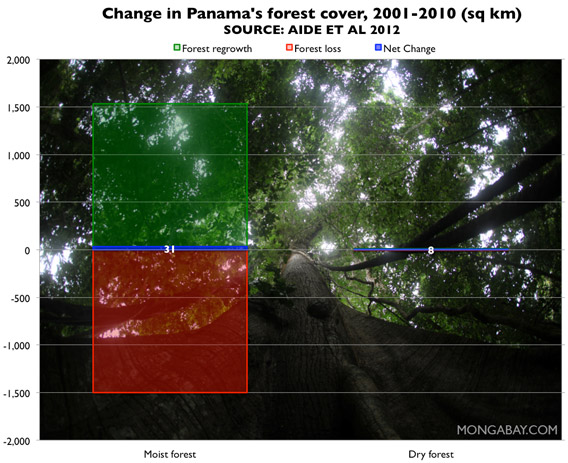 Additional hurdles, such as COONAPIP’s unique structure and lack of legal status, have plagued and undoubtedly lengthened the process. Currently, COONAPIP does not meet the legal requirements needed to be granted funds by the UN. Still the UN says it did provide $35,000 for an office to the group, although that is less than 2 percent of the allegedly promised $1.79 million.

The dispute, however, is about much more than just funds. Indigenous groups around the world are worried that they could be steamrolled by the REDD+ process, as they have been by many other past international and national initiatives. For its part, the UN is attempting to include indigenous groups in the process, but says it must do so on its own terms. Worsening the situation is the fact that COONAPIP and the Panamanian government have recently clashed over other issues, lessening trust among the stakeholders of Panama’s national REDD program.

Chiquida says the government should “stop the talk and start working hand in hand with indigenous peoples, ensuring legality to the territories that are still not recognized.”

If implemented correctly, REDD+ could not only be a boon to rainforests and conservation, but also provide innovative sources of income for hundreds of the world’s indigenous groups, many of whom have long faced oppression, marginalization, and alienation.

“[REDD+] can generate significant social and environmental benefits for indigenous peoples,” Chiquida concludes, “or can result in severe risks to the legal security of indigenous territories and lands.”

No one expected setting up REDD worldwide would be easy, but an already challenging process has been worsened by a lack of progress on REDD and climate change internationally. Promised funds have not been met by many industrial nations, while global attention has moved to the economic crisis at the expense of climate and environmental efforts, creating delays and understandable frustration. In the meantime, forests continue to fall and indigenous groups wait to negotiate their role in protecting them.

Sep 3, 2012 Update: The letters mentioned in this article are now available in a post on REDD-Monitor.

(03/28/2012) An apparent carbon deal between an Irish carbon trading company and an indigenous tribe that sparked outrage in Brazil is “invalid” according to the president of FUNAI, Brazil’s indigenous affairs agency.

(02/02/2012) The International Institute for Environment and Development has published a new report on benefit distribution under Reducing Emissions from Deforestation and Forest Degradation (REDD+) programs. The report includes a top ten list of recommendations to ensure REDD+ works for poor communities that live in and around forests.

(12/15/2011) A program proposed to reduce greenhouse gas emissions from deforestation and degradation made mixed progress during climate talks in Durban. Significant questions remain about financing and safeguards to protect against abuse, say forestry experts. REDD+ aims to reduce deforestation, forest degradation, and peatland destruction in tropical countries. Here, emissions from land use often exceed emissions from transportation and electricity generation. Under the program, industrialized nations would fund conservation projects and improved forest management. While REDD+ offers the potential to simultaneously reduce emissions, conserve biodiversity, maintain other ecosystem services, and help alleviate rural poverty, concerns over potential adverse impacts have plagued the program since its conception.

(03/24/2011) Involving local communities in the governance of forest resources boosts economic returns and biodiversity relative to areas where locals have little participation, report researchers writing in Science. The findings have implications for efforts to protect and sustainably manage forests under the reducing emissions from deforestation and degradation (REDD) mechanism.