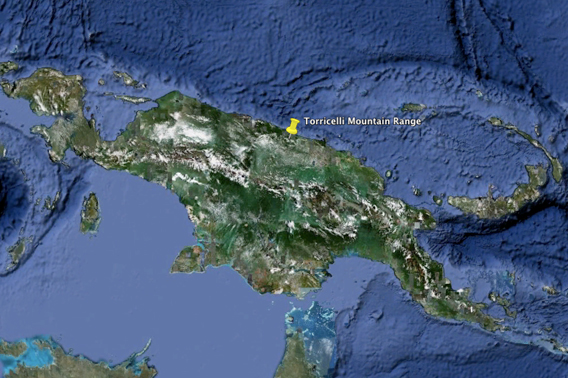 With their long snout, furry body, soft eyes, and, at times, upright stance, tree kangaroos often remind me of the muppets. Of course, if there were any fairness in the world, the muppets would remind me of tree kangaroos, since kangaroos, or macropods, have inhabited the Earth for at least 5 million years longer than Jim Henson’s muppets. But as a child of the 1980s, I knew about muppets well before tree kangaroos, which play second fiddle in the public imagination to their bigger, boxing cousins. This is perhaps surprising, as tree kangaroos possess three characteristics that should make them immensely popular: they are mammals, they are monkey-like (and who doesn’t like monkeys?), and they are desperately ‘cute’. The lack of general public knowledge about the 14 trees kangaroo species—and subsequent dearth of conservation attention—means that, yes, even adorable monkey and muppet-like mammals can be overlooked, bypassed, forgotten. Yet if the arboreal marsupials aren’t to vanish, this will have to change.

Not only are tree kangaroos ridiculously endearing, but, according to tree kangaroo expert Jim Thomas, they have special adaptations that separate them from their larger, more popular cousins.

Unfortunately, over 20% of the world’s tree kangaroos are listed by the IUCN Red List as Critically Endangered, the direst category before extinction. These include both the dingiso and the golden-mantled tree kangaroo. But none of them are as imperiled as the Tenkile tree kangaroo, otherwise known as Scott’s tree kangaroo. Researchers estimate that only around 300 survive in a small area of Papua New Guinea’s Torricelli Mountain Range.

“I have seen three Tenkile in eight years, all from the wild. Magnificent animals, very placid and friendly and the most inquisitive tree kangaroo I’ve come across. Tenkile are large, black and have a distinctive smell,” says Thomas, who is the director of the Tenkile Conservation Alliance (TCA), the world’s only organization devoted to saving this species from vanishing off the face of the Earth.

As such, TCA has undertaken a herculean task. First, they had to tackle the problem of locals hunting the species. To date a moratorium has worked, allowing the Tenkile population to double from a nadir of 140 animals in 2004. But new threats are on the horizon, not just for the Tenkile tree kangaroo, but for all of Papua New Guineas’ forests and species.

“Now logging and oil palm pose a threat to Tenkile. TCA is working hard to keep these threats out of the Torricelli’s [Mountain Range],” says Thomas.

Perhaps the fact that most of the world’s tree kangaroos live on the island of New Guinea is one explanation why these arboreal real-life muppets have received little attention from the outside world. New Guinea has largely been seen as a wild frontier, a land still untouched by the modern world. This however, as Thomas points out, is no longer true: palm oil, logging, mining and other large-scale industries are moving voraciously into the Papua New Guinean and the Indonesian parts of the island. These industries arrive with massive pressure for industrial development and cash-in-hand to back it up.

Despite this, the world’s big conservation organizations are largely ignoring Papua New Guinea, risking countless species, vast forests, and local people. Communities are seeing traditional land handed over to foreign corporations without local consent or even prior knowledge. If nothing is done, in a decade or two Papua New Guinea may resemble parts of Indonesia: vast areas of plantations and cleared forest; a people still impoverished but now without the forest resources on which they depended for millennia; and wildlife only hanging-on in a few parks, which are continually under siege by illegal logging.

What to do? In the case of TCA they are doing what they can for the Tenkile by pushing for its habitat to be turned into a protected area.

“TCA is establishing the Torricellis as a Conservation Area, and will hopefully have the area gazetted by Papua New Guinea government. The Torricelli’s, through TCA, is now recognized by government as a priority area for conservation—which is a huge step,” says Thomas.

TCA is also working to bring better lives to locals by providing environmental education and supplying water tanks to 40 villages in the Tenkile and the golden-mantled tree kangaroo habitats. A project on the horizon includes a pilot program for carbon trading, a way to bring in funds without clearing forests.

“More work and funding is required to keep up the momentum and outcomes becoming significant achievements. Tremendous support is present and this is unparalleled to anywhere else in Papua New Guinea,” Thomas says, but the “public can help by spreading the word on TCA and consider volunteering.”

For Thomas a highlight of his work with TCA was researching a male Tenkile tree kangaroo in captivity. Dubbed ‘Neingol’, the tree kangaroo was released back into the wild after six weeks.

“I took a team into the mountains to release Neingol. It took two days to reach the area where Neingol was caught. I released him carefully and he was at first reluctant to leave his small wire cage […] He stayed close for 30 minutes or so—I was able to pat him and move freely. All of a sudden his nose went to the air, he smelled and he ran off along the ground,” Thomas says, adding that, “Seeing a wild caught animal do well in captivity and then releasing it back into the wild was a real highlight of my career and something I will never forget.”

For Jim Thomas, his time with the Tenkile was unforgettable. But since most of us will never see a wild Tenkile, the question is will this species—and the conservation efforts that are currently sustaining it—be forgotten? 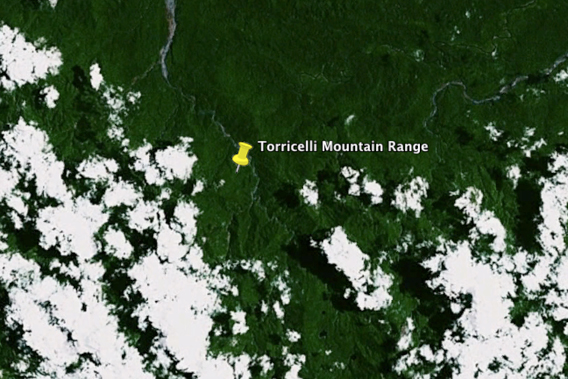 A closer look at the Torricelli Mountain Range, bathed in clouds. Image courtesy of Google Earth.

(02/22/2010) Indonesia will target its last frontier — its territory on New Guinea — as it seeks to become a major agricultural exporter, reports the AFP.

(08/17/2009) The world’s rarest tree kangaroo is in the midst of a comeback in a remote part of Papua New Guinea. On the brink of extinction in 2001 with a population estimated at fewer than 100 individuals, Scott’s Tree Kangaroo (Dendrolagus scottae), or the tenkile, is recovering, thanks to the efforts of the Tenkile Conservation Alliance to motivate local communities to reduce hunting and respect critical forest habitat. The tenkile Conservation Alliance, led by Australians Jim and Jean Thomas, works to provide alternative sources of protein and raise environmental awareness among local communities.