How Genghis Khan cooled the planet

In 1206 AD Genghis Khan began the Mongol invasion: a horse-crazed bow-wielding military force that swept through much of modern-day Asia into the Middle East and Eastern Europe. But aside from creating the world’s largest empire, the Mongol invasion had another global impact that has remained hidden in history according to new research by Julia Pongratz of the Carnegie Institution’s Department of Global Ecology. Genghis Khan and his empire, which lasted nearly two centuries, actually cooled the Earth.

“It’s a common misconception that the human impact on climate began with the large-scale burning of coal and oil in the industrial era,” says Pongratz, lead author of the study in a press release. “Actually, humans started to influence the environment thousands of years ago by changing the vegetation cover of the Earth‘s landscapes when we cleared forests for agriculture.”

The answer to how this happened can be told in one word: reforestation. When the Mongol hordes invaded Asia, the Middle East, and Europe they left behind a massive body count, depopulating many regions. With less people, large swathes of cultivated fields eventually returned to forests, absorbing carbon dioxide from the atmosphere.

In the study published in The Holocene, Pongratz along with Carnegie colleague, Ken Caldeira, and German colleagues at the Max Planck Institute for Meteorology, compiled a model of global land cover beginning in 800 AD. She kept her eye on four historical events closely, which she theorized could have impacted the climate due to the return of forests after depopulation: the Black Death in Europe (the end of the 14th Century), the fall of China’s Ming Dynasty (the last half of the 17th Century), the conquest of the Americas (the 16th and 17th Centuries), and the Mongol invasion of the 13th and 14th Century.

“We found that during the short events such as the Black Death and the Ming Dynasty collapse, the forest re-growth wasn’t enough to overcome the emissions from decaying material in the soil,” explains Pongratz. “But during the longer-lasting ones like the Mongol invasion and the conquest of the Americas there was enough time for the forests to re-grow and absorb significant amounts of carbon.”

The Mongol invasion had the most significant impact. According to the study’s accounting, re-growth of forests during the Mongol invasion absorbed 700 million tons of carbon from the atmosphere, equaling the amount of carbon global society now produces annually from gasoline.

Pongratz argues that her study has relevance for the world’s current climate crisis: “Today about a quarter of the net primary production on the Earth’s land surface is used by humans in some way, mostly through agriculture. […]. In the past we have had a substantial impact on global climate and the carbon cycle, but it was all unintentional. Based on the knowledge we have gained from the past, we are now in a position to make land-use decisions that will diminish our impact on climate and the carbon cycle. We cannot ignore the knowledge we have gained.”

Of course, before society can even consider global reforestation, global deforestation must be halted. Despite worldwide concern and numerous initiatives over the years (both local and global) forests continue to fall at staggering rates. Currently around 10% of the world’s greenhouse gas emissions come from deforestation. 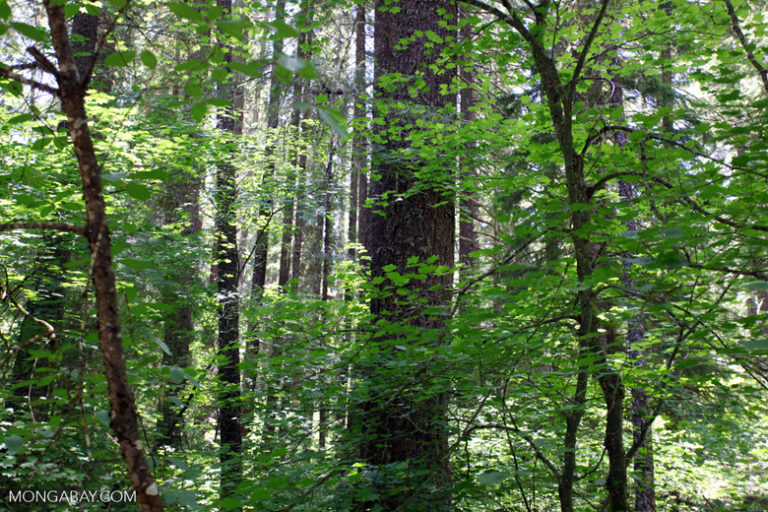 (08/31/2009) William Ruddiman has become well known for his theory that human-induced climate change started long before the Industrial Age. In 2003 he first brought forth the theory that the Neolithic Revolution-when some humans turned from hunter-gathering to large-scale farming-caused a shift in the global climate 7,000 years ago.

European conquest of the Americas may have driven global cooling

(12/18/2008) Recovery of forests following the collapse of human populations in the Americas after the arrival of Europeans may have driven the period of global cooling from 1500-1750 known as the Little Ice Age, report researchers speaking at the annual meeting of the American Geophysical Union in San Francisco. By some estimates, diseases introduced by Europeans may have killed more than 90 percent of population on the New World within a century of first contact. The rapid depopulation led to large-scale abandonment, and subsequent reforestation, of agricultural lands in the Americas. Analyzing charcoal found in soils and lake sediments at sites across the Americas, Richard Nevle and Dennis Bird found evidence to suggest that this forest regeneration sequestered enough carbon to trigger global cooling.

(08/28/2008) Researchers have uncovered new evidence to support the controversial theory that parts of the Amazon were home to dense “urban” settlements prior to the arrival of Europeans in the 15th century. The study is published this Friday in the journal Science. Conducting archeological excavations and aerial imagery across a number of sites in the Upper Xingu region of the Brazilian Amazon, a team of researchers led by Michael Heckenberger found evidence of a grid-like pattern of 150-acre towns and smaller villages, connected by complex road networks and arranged around large plazas where public rituals would take place. The authors argue that the discoveries indicate parts of the Amazon supported “urban” societies based around agriculture, forest management, and fish farming.