by Fathul Rakhman on 7 September 2022

WEST SUMBAWA, Indonesia — “Gentlemen present in the room — have you ever eaten turtle eggs?” This was how Musyafirin, the head of West Sumbawa district in Indonesia’s West Nusa Tenggara province, broke the ice with regional fisheries officials in June. After a murmur of laughter in the room, the meeting on turtle conservation got underway.

Elected in 2016 to lead a district home to some 150,000 people, Musyafirin recalled childhood sailing trips as boats cruised the coastline for turtles. But the concern for policymakers at the June meeting was the region’s taste — and their own — for the eggs of sea turtles.

More expensive than chicken or duck eggs, turtle eggs have long been considered a luxury product and a mark of honor for guests in a region sustained by agriculture, fisheries and mining. When government officials visit local communities, hosts rush out with turtle eggs in tribute to their guests.

“We are treated to them the moment we arrive,” Musyafirin said.

Poaching of sea turtle eggs is the main driver of the crisis — in some countries, around 90% of turtle nests are destroyed for the illegal wildlife trade. In much of West Sumbawa, turtle eggs are entrenched in both the culture and the economy.

The day after meeting district chief Musyafirin, the head of the district fisheries department, Amin Sudiono, drove two hours south to Sekongkang, a ward on the southwest coast of the island popular with experienced surfers.

The purpose of the trip was to begin the delicate fieldwork of changing behavior in a community where turtle eggs are an important source of income.

“We are going to approach everyone directly,” Amin said, as officials fanned out to three different communities around Sekongkong.

‘There are officers on duty’

A motorcycle engine pierced through the nighttime sound of breaking waves and the sea breeze. Husband and wife Saidi and Ramlah often drive here at night to collect turtle eggs. But this time, they found a team of civil society, local government officials and police keeping watch over the beach.

“I was told over the phone tonight don’t go out to get turtle eggs — there are officers on duty,” Saidi said, before quietly leading Mongabay to a nearby hatching site.

Around 50 people were here hunting for turtle eggs the previous night, he said.

The couple were among the first wave of transmigrants to relocate from Lombok, the nearest island to the west of Sumbawa. Like many migrants who flocked to the Sumbawa’s west coast, Saidi and Ramlah hold their Lombok identity close.

Speaking in Lombok’s Sasak language put Saidi at ease. He warned against using a flashlight so as not to scare away any turtles, which researchers say possess both instinctive and learned intelligence.

Saidi found green hills when he first migrated here two decades ago to begin farming, but there was no water for irrigation. He planted vegetables and corn. Earning a living was tough.

One night, a neighbor invited Saidi to the beach to search for turtle eggs, and he ate one for the first time. He liked it enough, but developed more of a taste for the business opportunity.

‘’Alhamdulillah [praise be to God], from the proceeds we can send the children to school — we can buy rice,” Saidi said. “The amount is enough.”

The previous night, Saidi had gathered 15 turtle eggs while Ramlah sold coffee and cigarettes to her husband’s co-workers. 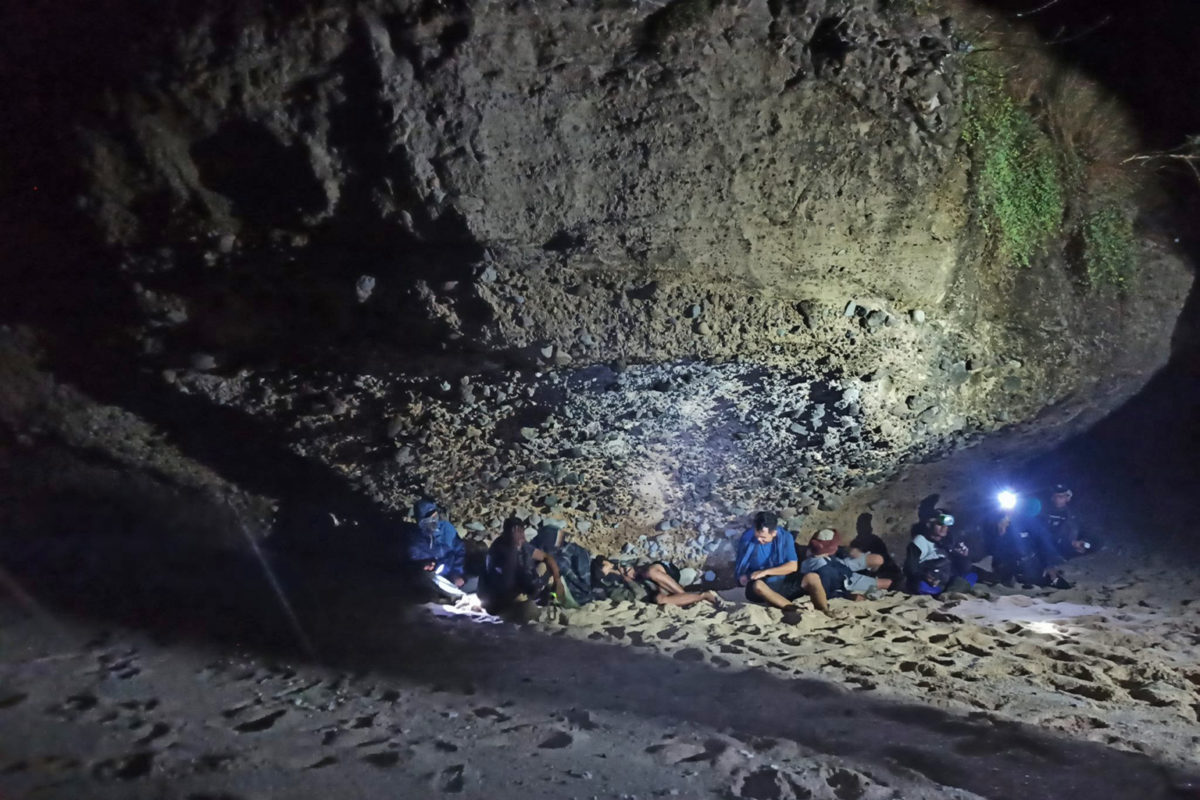 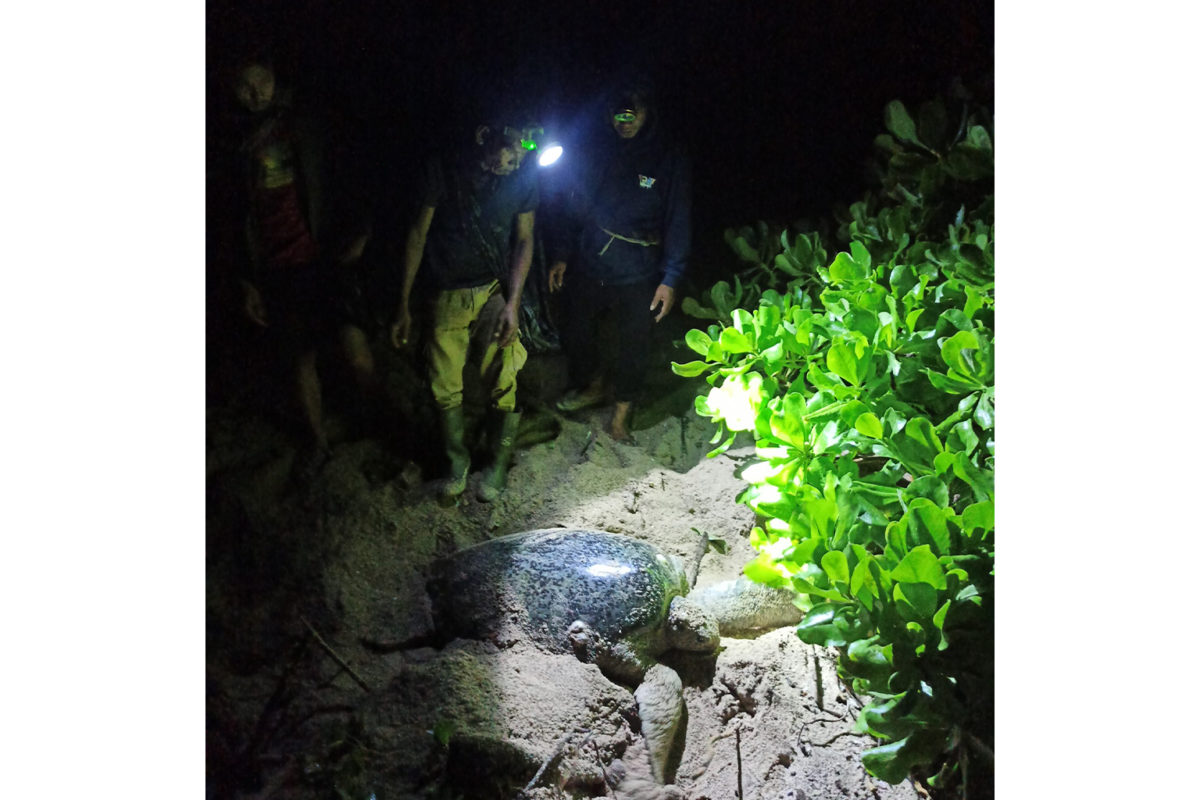 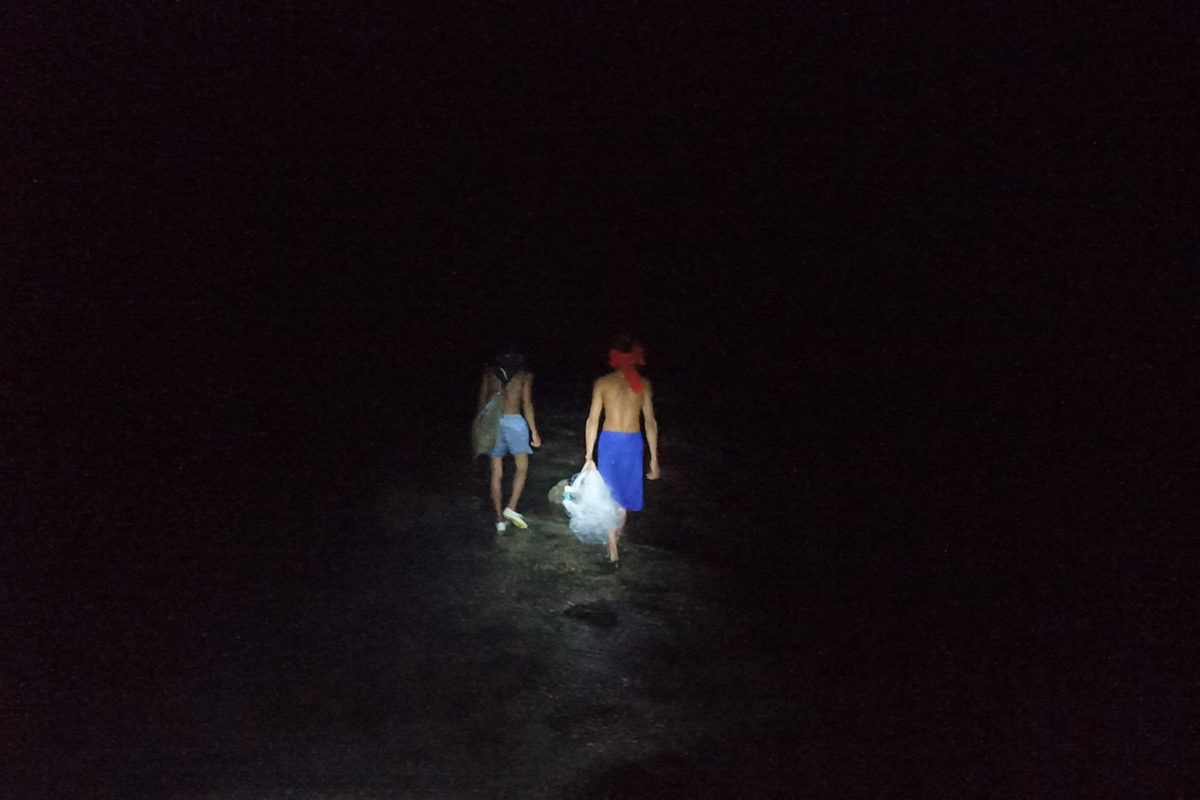 Musmuliadi Yowry, an activist with Sahabat Bumi, a conservation group, said turtle eggs are routinely sold in wet markets in West Sumbawa as well as through online platforms.

But Yowry added that the primary customer base for turtle eggs is local government officials, owing to the prevailing regional custom.

Badaruddin, the Sekongkang ward chief, said he had never eaten a turtle egg until he became a government official, at which point he was bombarded with them.

“On that occasion about 50 of them were served,” he said.

Residents of Sekongkang have made an attempt of sorts to operate a sustainable practice by introducing catch limits. For example, if residents find 60 eggs in a nest, they will leave 10 untouched.

But the harsh reality is that few turtle hatchlings make it, and those that survive don’t reach reproductive maturity for another 30 years. Saidi had assumed that turtles first gestated after only a year or two.

Turtle species in Indonesia were protected by conservation and fisheries laws enacted in 1999 and 2004. A 2018 regulation by the environment ministry clarified that six species of turtle are protected by law. Other government decrees also proscribe the trade. Internationally, CITES, the global wildlife trade convention, prohibits all international trade in sea turtles.

Officials said these rules on trading in turtle eggs are already widely known, but changing a long-standing cultural habit with important economic considerations requires time. Along the scenic coastline of West Sumbawa, there are signs that time has come.

Banner image: A turtle hatchling on a beach in Indonesia. Image via PxHere (Public domain).

This story was reported by Mongabay’s Indonesia team and first published in a three-part series here, here and here on our Indonesian site on July 10, 2022.