In Madagascar’s hungry south, drought pushes more than 1 million to brink of famine

by Malavika Vyawahare on 24 December 2020

Aid agencies amass nutrition data diligently from the scorched south of Madagascar. But on the ground, the sale of kitchen utensils is a real red flag for aid workers — a signal of surrender to unrelenting days of hunger.

Amid a global pandemic in this unheeded corner of Africa, people are struggling with the worst drought in a decade.

Water is a luxury most years. Prickly pear cacti (Opuntia spp.), a rare plant that can survive the aridity, is a food staple. Gaston Manantana, head of Talaky Bas village in Tsihombe district, told Catholic Relief Services (CRS) staff that his community is resigned to eating fruit from the spiky plant to keep pangs of hunger at bay.

This year the cacti are a luxury too. “Most of the cactus have dried up. Can you imagine that even our usual coping method is short? To us, this year is probably the worst,” Manantana said.

Elsewhere, there are reports of villagers eating clay to survive. Children with too little to eat and too-big bellies dying. According to one estimate, in the deep south, 1.35 million people, including 100,000 children under 5, could fall victim to malnutrition in the coming months. 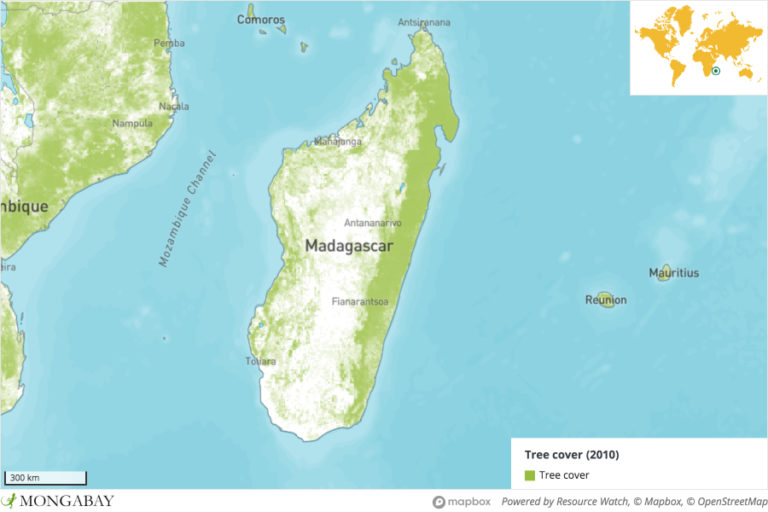 Madagascar, known the world over for its natural riches — more than 100 species of lemurs, enviable rates of endemism — is also beset with heart-sinking levels of poverty. The market capitalization of U.S. tech giant Facebook is more than 40 times Madagascar’s national income. The company’s CEO, Mark Zuckerberg, alone is five times richer than the island nation.

The deep south of the club-shaped island, a cluster of nine districts spread across three administrative regions, is rain-starved and remote. In one pocket, a fifth of the population hadn’t heard of COVID-19, according to a CRS survey done in October. For the inhabitants, there’s a more pressing danger: starvation.

A dry landscape along the road to Marovato in Androy Region of southern Madagascar.

It’s a familiar foe, but one that is rearing its head with distressing frequency.

This region has witnessed 16 famines, or kere, since 1896, eight of which occurred in the past four decades. Most of these were the direct results of truant rains, but not all. Policies of the French colonial government, failures of the national government, the isolation imposed by the absence of roads and electricity have all left the region vulnerable to the ravages of drought.

With poor soils and one growing season all year, it is already a precarious existence. The time between harvests drags on for half the year, from October to March. It is a time of despair. Crop failures hit families particularly hard, extending and intensifying the deprivation of the lean months.

Manioc, maize and beans are the mainstay, along with some rice cultivation. Though maize is a preferred crop, it needs more water than the region can spare. Nestled in the rain shadow of the Anosyenne mountains that hug the southeastern coast, the area receives only about 350 millimeters (14 inches) of rain every year.

El Niño, the unusual warming of the tropical Pacific Ocean, skews weather patterns globally, and in southern Africa, including in Madagascar, it is known to depress rainfall. An upwelling zone located just south of the island, where cooler water from the depths rises to the sea surface, also stifles the formation of rain-bearing clouds.

A ring-tailed lemur (Lemur catta) that are also found in the semi-arid south of Madagascar. Image by Rhett A. Butler/Mongabay.

Since 2015, an El Niño year, a prolonged dry spell has gripped the region.

In times of scarcity, essential goods become more expensive. In 2020, the agricultural output for the nine districts is estimated to be 70% lower than normal,  according to Paubert Tsimanaoraty Mahatante, a climate expert at Toliara University in one of the biggest cities in southern Madagascar.

The pandemic may be far from the people’s minds, but it’s not far from their lives. For many months this year, main markets in larger towns have been difficult to reach because of COVID-related lockdowns and restrictions.

Even years of good harvests do not sow the seeds of prosperity. “They lack techniques to conserve their harvest,” said Andrianirina Mariot, who works at CRS’s regional office in the south. Without ways to store the surplus, produce floods the market, driving down the price, Mariot said.

Fisherfolk face the same dilemma. “We planned to install cold storage facilities in some projects, but because of the lack of electricity, they cannot work,” he said.

Cattle raiding also casts a long shadow in these parts, with the Malagasy government struggling to crack down on the practice. “Apart from the droughts, we have community insecurity because of the dahalos, the cattle raiders. Farmers could not farm, there is no peace,” Mahatante said.

Crushing poverty forces many southerners to stream into less impoverished parts of the country.

Famines in 1928 and 1930, during French colonial rule, triggered the first mass wave of migrants from the south. French colonization lasted six decades, from the late 1890s until Madagascar’s independence in 1960. Though the prickly cactus has come to symbolize Malagasy communities’ last line of defense against kere, it is not, in fact, native to the island. The French introduced the Opuntia cacti to the south.

The colonizers used it to ward off intruders from their settlements. Communities in the south, who vigorously resisted foreign rule, adopted it to create their own barriers. They used cacti walls as a shield to hide behind and strike back from. In time, its abundance made the cactus a critical food source.

But it was a thorn in the side of the colonizers. “For the French, one of the solutions was to eradicate the cactus so that our ancestors did not have shelter,” said Mahatante, who has investigated the causes of past famines. Around 1923, the French allegedly introduced the cochineal louse (Dactylopius coccus) to Madagascar, an insect that feasts on the cacti.

The cacti’s obliteration caused one of the worst famines in Madagascar’s history, making a desperately needed food source scarce during a drought. “It was a genocide. The French let people die,” Mahatante said. “There were skeletons everywhere. The Malagasy word for that famine, maro taolagne, means a lot of bones.”

It is not the only example of colonial government policies precipitating famine. The Great Bengal Famine that struck eastern India in 1943 during British rule led to more than 1.5 million deaths. It was as much a result of colonial policies that hampered people’s ability to access food as rainfall failures, scholars have argued.

Back in Madagascar, the population in the far south has swelled, from around 170,000 during the 1930s to nearly 4 million today. Wholesale migration has ceased to be a viable option. “Where are you going to migrate? The native people living there will not accept such a number of people,” Mahatante said. Curbs on travel within the country to check the spread of the coronavirus muffled migration this year.

Though Manantana in Talaky Bas village considers this the worst year, it may just be the new normal. According to a USAID report, rainfall is likely to become more unpredictable as the climate changes. The south could see even less rainfall and longer dry spells.

Madagascar is often cited in the top 10 countries most vulnerable to climate change impacts, and the country’s dependence on subsistence agriculture is one important reason. Nowhere are the consequences more devastating than in southern Madagascar. “This changing climate reality has caused agricultural production to all but collapse and lead to catastrophic food insecurity among the population,” a recent report from USAID and CRS noted.

With climatic disasters striking with such regularity and force, the south of Madagascar risks becoming an unending emergency zone.

CRS and the U.N.’s World Food Programme are two major providers of emergency relief here. Both receive funding from USAID, one of the biggest donors to Madagascar.

“Southern Madagascar has benefited from emergency action and food aid for 40 years. All those humanitarian organizations have intervened in southern Madagascar with the same approach,” Mahatante said. “If they want to tackle the problem, why did they not improve the approach?

In December, USAID announced three new programs with an outlay of $100 million. Of these, two will go beyond emergency aid to focus on sustainable agricultural practices and disaster management.