by Elisângela Mendonça on 24 January 2020

One year after a tailings dam collapsed in Brazil’s southwestern state of Minas Gerais, unleashing 12 million cubic meters (424 million cubic feet) of toxic mud that killed at least 259 people, a group of indigenous Pataxó and Pataxó Ha-ha-hãe are still fighting for relocation as the polluted waters of the Paraopeba River can no longer support their existence.

“The river is dead, but we are fighting to stay alive,” says shaman Angohó Ha-ha-hãe, one of the leaders of Nahô Xohãcommunity, home to some 200 indigenous residents 23 kilometers (14 miles) downstream from where the breach occurred in the city of Brumadinho.

Her home on the banks of the Paraopeba was just one of many affected by one of Brazil’s biggest environmental disasters when, on Jan. 25 last year, a wave of mining waste from a mine belonging to Brazilian mining giant Vale destroyed an area of 300 hectares(741 acres) and caused severe environmental impacts in the region. Authorities confirmed 259 people were killed in the disaster, with another 11 still missing and presumed dead.

Paraopeba’s waters are still running dark with the mining waste; there are no fish, and the adults have to monitor their kids to prevent them from trying to bathe in the river. “Sometimes we blink, and a kid goes for a swim. Of course, several of us are getting sick, with skin conditions that we don’t know anything about. And there are no doctors here to treat us either,” Angohó says.

The Paraopeba has been the center of the Nahô Xohã’s livelihood since a small branch of the indigenousPataxó Ha-Ha-Hãe settled in the territory three years ago. After fighting land disputes in the northeastern state of Bahia for over three decades, some families moved to the neighboring state of Minas Gerais with the aim to live in nature, according to their customs.

Such a move is part of Pataxó’s traditions and, since then, the indigenous group have been waiting for the area they occupy on the riverbank, in the municipality of São Joaquim de Bicas, to be recognized and demarcated as an indigenous territory by the government — although abandoned, the area is privately owned.

But their claims have now changed as the Paraopeba has become useless not only for human consumption but also for irrigating crops and for fishing.

The indigenous inhabitants’ links to the river, though, go beyond that. According to Jorge Luiz de Paula, local coordinator of Brazil’s federal indigenous affairs agency, known as FUNAI, they are also very dependent on the river to keep their religion alive. “Pataxó ethnicity has its cosmology very linked to the water in their rituals,” de Paula says.

Among their beliefs is that the god Txôpai, or theriver itself, created mankind and, therefore, is responsible for healing those who pray for him. 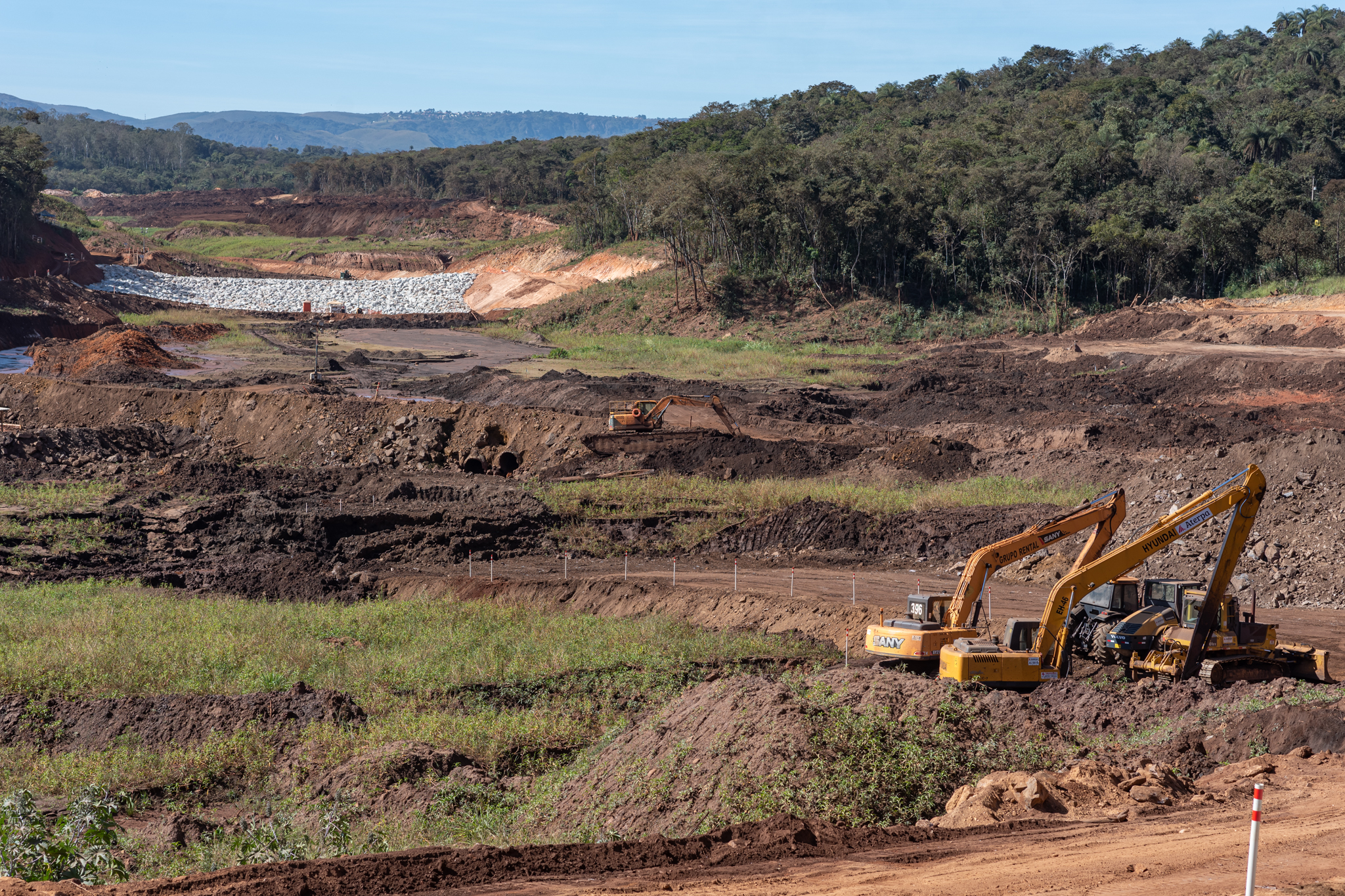 In August last year, the community lost hope of a speedy resolution by Vale about their situation and filed a formal request at the Federal Prosecutor’s Office for a temporary new home. The plan is to find a farm nearby of similar size to their current territory, where they can grow their own food and live with access to drinking water until the final reparation process is concluded by Vale.

“We can no longer endure this suffering because of the contamination [of the river],” Arakuã Pataxó, the community’s chief, told Mongabay. “Our people have been sick, with diarrhea, the kids’ noses are always bleeding, many of us are depressed. Our people are desperate.”

A study by the National Agency for Water (ANA), published right after the disaster, reported values of up to 21 times higher of heavy metals in its waters. These include manganese, iron, aluminum, nickel, lead, mercury, zinc, cobalt and even arsenic, among others.

In February 2019, a month after the disaster, the department of health and environment in Minas Gerais state issued a document recommending the suspension of water use from the river for any purpose. The latest report issued in December shows that the presence of toxic elements recorded has dropped to acceptable levels, or below the class limit.

Despite that, some experts warn that the monitoring may not be precise, as there is residue deposited on the bed of the river.  This means that each time it rains heavily , the iron ore deposit will be churned back up to the surface and contaminate the water again.

“We bathed there, took our water from it, washed our clothes there and fished from it. Indigenous people live from fishing, hunting and farming. What are we going to do now?” Arakuã says.

Naô Xohã, which means “warrior spirit” in the community’s native tongue, is divided now, residents say. Some of them say that Vale is working to turn them against each other, destabilizing the community’s harmony since the disaster.

The lack of resolution on the community´s future a year after the disaster is distressing, they say. In the past four months, 10 families decided to leave the village and two different leaders were chosen, which is not usual for the community, they said.

“The fewer of us here, the better for Vale”, Angohó said.

Given Vale’s record, the indigenous community may have reason to be concerned about the delay in the company’s reparation plans. The same company was responsible for the biggest environmental disaster in Brazil, a near-identical tailings dam collapse in the city of Mariana in 2015. The case is still pending in Brazilian courts and several families are still displaced.

Since April 2019, the company has been paying emergency aid on a monthly basis to Naô Xohãresidents. According to the Federal Prosecutor’s Office, emergency relief was paid out to 61 families from the PataxóandPataxó Ha-ha-hãeindigenous communities.

Edmundo Antônio Dias, a federal prosecutor and a member of a task force of prosecutors in charge of investigating the disaster, said his office set up a meeting last month with Vale to make the displacement request official.

Talks with Vale haven’t always been easy, Dias says. “In the case of Vale, the presence of a judge is key to rebalance the power forces,” Dias says. “There is a huge gap between the social responsibility narrative the company uses and reality.”

For the next step in the process, an independent technical consultancy was hired in December to make an assessment of the socioeconomic damage at the Naô Xohãvillage and to help them pick a new site for relocation.  The results are yet to be released.

“This is all very sad for us,” Angohó says. “Sometimes I lose my strength. Vale mutilated bodies and killed dreams.”

Banner image caption: Shaman Angohó Ha-ha-hãe, one of the leaders of Naô Xohã indigenous village, poses for a photo close to the Paraopeba River. The Naô Xohã community is requesting to be temporarily relocated by Vale due to the river pollution. Image by Luiz Guilherme Fernandes for Mongabay