Six of the turtles were dead. The reptiles had been taken from Enu Island, at the heart of the 114,000-hectare Southeast Aru Nature Reserve in the Arafura Sea.

Enu’s white-sand beaches are home to the area’s richest turtle nesting grounds, but the creatures’ numbers have fallen sharply as poachers harvest their meat and eggs, a delicacy in some countries, and shells and skins, used to make jewelry, tourist souvenirs and other objects.

The government will continue its public awareness campaign to promote turtle conservation, said Brahmantya Poerwadi, a director at the Ministry of Maritime Affairs and Fisheries.

“The decline in the number of sea turtles in these waters will affect the fertility and stability of the ecosystem, reducing the fish population and harming local fishing communities because their catches and revenues will decline,” Poerwadi said in a statement. 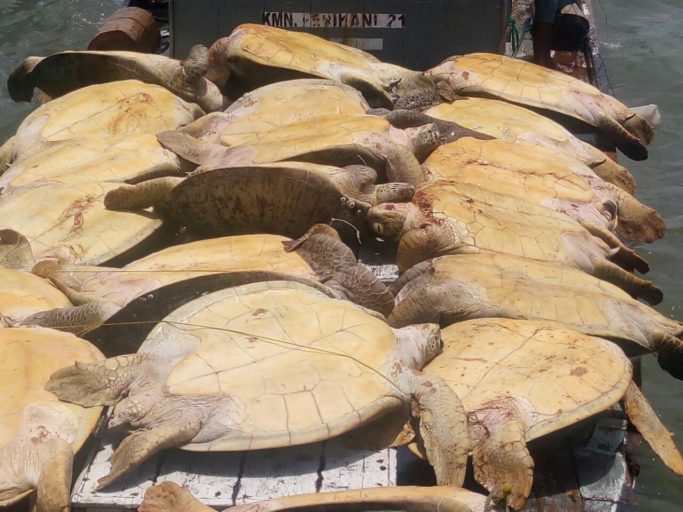