Together we stand: A policy approach to reducing food loss in West Africa

West African countries have recognized that when it comes to food security, no nation is an island.

In more recent years, the ECOWAS Commission has made food security a central focus of cooperation. Liberalizing trade between member states, it argues, will promote market efficiency and expand opportunities for businesses and entrepreneurs across the region.

In the agriculture sector, the free flow of trade could mean more food in the markets and less in the waste bin.

Historically, government responses to hunger have focused on increasing agricultural production. Yet statistics show that effective control of post-harvest losses would virtually eliminate the need to grow more food.

Consider staple grains, for example. The World Bank estimates that post-harvest losses cost Africa about $4 billion each year – about the same as the amount of grains African countries import annually, and far exceeding the total value of international food aid sent to the continent.

Policymakers have expressed concern regarding the 1.3 billion tons of food wasted annually worldwide, while a billion people go hungry. So they’ve begun to look for solutions. In West Africa, one answer is to increase the regional trade in agricultural products.

West Africa is a microcosm for the continent: ECOWAS members are both small and large nations; they range from least developed countries to lower-middle income countries and include tropical coastal nations and the arid countries of the Sahel.

This regional diversity means that West African countries naturally have a lot to gain by trading with one another. The livestock sector thrives in the Sahel, where there is a strong pastoral tradition, as practiced by nomadic Fulani and Touareg herders. Tropical areas to the south are better suited to grow many fruits and vegetables, while coastal countries could supply the entire region with fish.

In an attempt to take advantage of these complementarities, ECOWAS has developed a Common Agricultural Policy that aims to integrate the agriculture sector and ensure food security for the entire region. Authorities are also trying to improve implementation of the Trade Liberalization Scheme, which decrees free market access among member states.

Just this year, the region formed a customs union and invoked a common external tariff (CET) that is meant to tip the economic scales in favor of intra-regional trade. Under the CET, goods from outside West Africa are subject to import duties, while goods produced in any ECOWAS member state enjoy duty-free access to the entire regional market. 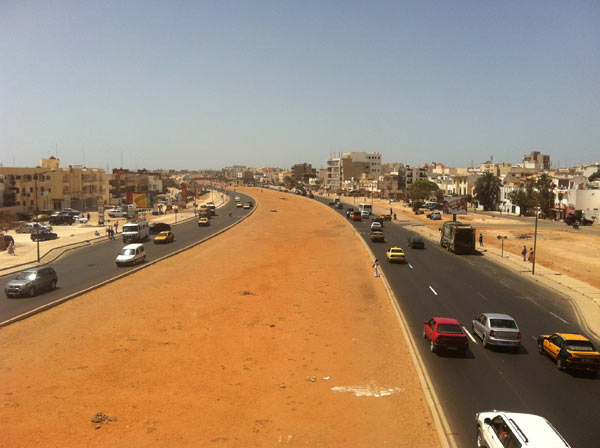 West African countries like Senegal are investing in building better roads to reduce the time it takes to transport goods from farm to market. Photo credit: Margaret Egbula

The goal is to make local goods cheaper relative to more expensive imports (after tariffs), and therefore more attractive to consumers. By raising the costs of imported processed foods, the CET may also encourage the development of the now very limited local food processing industry. In theory, this should give farmers incentive to increase production, without fear of their efforts going to waste.

The CET and other policy instruments stand little chance of succeeding, however, without the infrastructure needed to support increased intra-regional trade in agricultural products. That’s why national governments and regional organizations are investing in concrete measures to reduce food loss and promote economic exchange.

The West African Economic and Monetary Union (UEMOA), a group of francophone countries, is backing a large-scale effort to build agricultural storage capacity across its eight member states. In Burkina Faso, the plan is to construct 38 modern facilities across six regions, with a total storage capacity of 16,000 tons.

Speaking at a 2014 launch event for the initiative, Ibrahima Diémé, the UEMOA commissioner for food security and agriculture, asserted that the goal of sustainable food security cannot be achieved without addressing post-harvest losses. “These works… will help farmers store their products properly and to sell them at advantageous prices at their chosen time,” he said.

Improving transport infrastructure is another high regional priority. Road transport in West Africa is among the slowest and most expensive in the world. A 2010 study by the West Africa Trade Hub found that moving goods between the Ghanaian port of Tema and the Burkina Faso capital of Ouagadougou takes three to four times longer than moving goods between Chicago, Illinois and Newark, New Jersey – though the distance is the same. 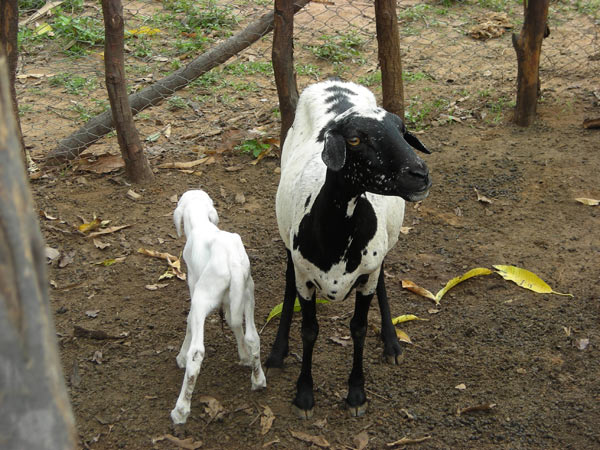 Sahel countries like Mali produce sheep and other livestock, but could benefit from greater trade with coastal countries that produce excess fruit and vegetables. Photo credit: Annette Fay

The reasons for this are many, but the private-sector advocacy group Borderless Alliance chiefly blames poor roads, bureaucratic delays and corruption. Governments have responded with a range of plans, from small transportation projects that will link agricultural production zones and local markets, to proposals for large-scale cross-border road and railway construction.

The most ambitious of these projects is the Trans-West African Coastal Highway, a six-lane thoroughfare that for now exists only on paper and in the imaginations of regional planners. Once completed, the 2,800-mile (4,500 kilometer) roadway will connect 12 countries – running from Mauritania in the northwest to Nigeria in the east – allowing traders to move more goods more swiftly through the region.

First proposed in the 1960s, the project has suffered from funding shortfalls, logistical setbacks and a lack of technical capacity. Some sections have seen greater progress than others. In Ghana, the six-lane George W. Bush highway runs for eight miles through the nation’s capital, Accra. Last year, the leaders of six countries agreed to invest $50 million to get work started on the highway’s Abidjan-Lagos section. It’s hoped that this show of commitment will help raise the large amount of funding needed to complete the project.

Governments have also enlisted technical experts to untangle bureaucratic knots and help reduce the corruption that severely slows road traffic. The Permanent Interstate Committee for Drought Control in the Sahel (CILSS), for instance, is identifying and reporting transportation problems, which will hopefully lead to improvement. CILSS tracks the number of checkpoints, bribe solicitations and other delays along major livestock and agricultural trade corridors.

In March 2015, CILSS reported that drivers transporting rice in Mali were stopped four times on average and spent 176 minutes at checkpoints along a popular route – unacceptably high, but a marked improvement over 236 minutes the month before. CILSS uses its data to keep policymakers and the public informed and to educate traders about their rights on the road.

The benefits of reducing waste are clear, but generating interest and investment in improving the food supply chain is no simple task while governments and large market players remain focused on increasing production. Things, however, are beginning to change. In June 2014, African leaders adopted the Malabo Declaration, a commitment to cut post-harvest losses in half by 2025.

United Nations FAO Agro-Industries Officer Stephanie Gallatova believes the target may be overly ambitious. But she says it’s a sign that the policy discourse is moving in the right direction. 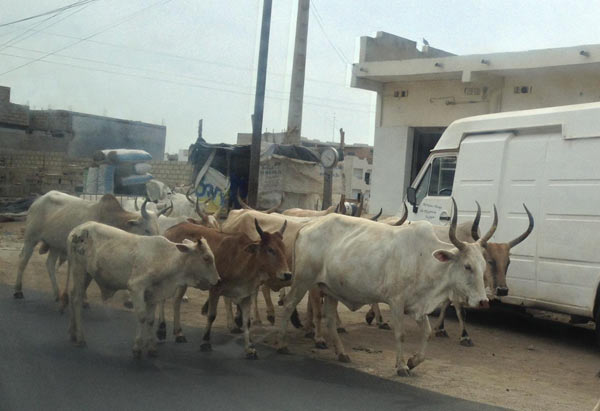 Roaming cattle are a frequent sight in Senegal and other Sahel countries with strong pastoral traditions. Photo credit: Marjie Mohtashemi

“The message has really started to come home,” Gallatova said. “I think farmers have always been aware of the problem, but they haven’t had the solutions, the answers, at their fingertips. Now that the solutions are also being highlighted at the policy level, I feel that there is a lot more that can be done to assist farmers.”

In July 2003, African leaders pledged to increase public spending on agriculture and rural development. More than a decade later, many countries have raised allocations significantly, but few have attained the target of devoting 10 percent of their national budgets to the sector. The Malabo Declaration reaffirms that commitment and aims to steer a larger share of resources toward preventing waste.

International donors and development organizations are playing a key role by backing African efforts and funding research and innovation to reduce food loss. The FAO and other agencies are also encouraging the business sector to seek out and invest in market-based solutions.

Helping farmers combat post-harvest losses is a win-win proposition. It helps raise incomes for some of the most vulnerable households in West Africa, lowers food prices for consumers, alleviates hunger and reduces stress on the environment.