Trees absorb CO2 and trap carbon molecules, and countless are lost as forests are felled around the world. So why not plant as many as we can? A recent paper by Dr. Kate Parr and collaborators from the University of Liverpool suggests otherwise; the planting of more trees through international reforestation schemes may actually be harming tropical grasslands, which harbor endemic species and offer unique ecosystem services.

Tropical grassy biomes (TGBs) are characterized by an abundance of fire-tolerant grasses that thrive under dry conditions. According to Parr’s study, which was published in Trends in Ecology and Evolution, TGBs tend to be miscategorized as forest under international reforestation schemes, which can lead to ineffective management. 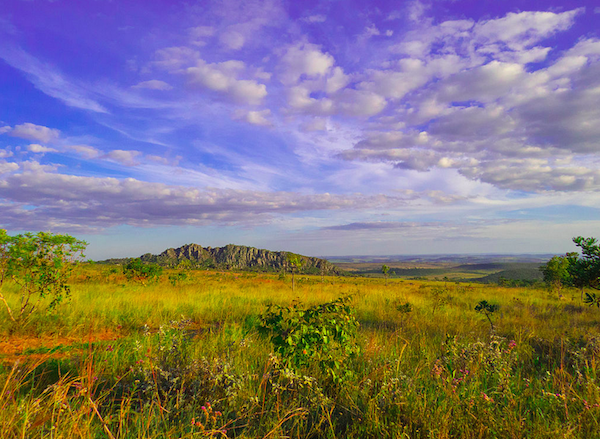 South America’s cerrado grasslands is one of the world’s most endangered biomes. Cattle ranching and soy farming has destroyed nearly 80 percent, and none is currently protected. The region is home to countless species, dozens of which are found nowhere else. Photo by Angela Depaula.

“Whilst it is generally assumed that ‘more trees are better’ in tropical rainforests, this is not necessarily the case for tropical grassy ecosystems,” Parr told mongabay.com, “and so the outcomes of global carbon and conservation initiatives, which include the UN’s Clean Development Mechanism (CDM) and its Reducing Emissions and Deforestation Forest Degradation (REDD+) schemes, need to be better considered when they are applied to tropical grasslands.”

The CDM and REDD+ schemes aim to reduce CO2 by creating financial benefits for carbon sequestration, namely through reforestation and discontinuing deforestation. The schemes define a “forest” using structural details such as area, the density of the canopy, and height of trees. These criteria, however, ignore functional factors – such as vegetation type – that characterize biomes.

“Fire suppression … has resulted in a shift in system state from TGB to forest in only a few decades,” Parr noted. “For example, studies from the savannas of northern Australia and Brazil show this, as do simulation models.”

Miscategorization of TGBs is further exacerbated by interests to gain more financial benefits through maximizing areas eligible for REDD+. If a country shifts its definitions of forest to include sparser areas of tree cover, it can increase its eligibility for REDD+.

Tropical grassy biomes provide grazing ground for cattle, which is valuable for many communities around the world. They also provision water to local communities, as grasslands have high infiltration ability and help to maintain stream flow. Moreover, TGSs have significant underground root biomass, which stores approximately 15 percent of the world’s carbon.

“The distinctive evolutionary histories and biodiversity values of these areas needs to be recognized by conservation managers and policy makers,” Parr said. “The vast extent of tropical grasslands and the reliance of human welfare on them mean that they deserve far more research and conservation attention than they currently receive.” 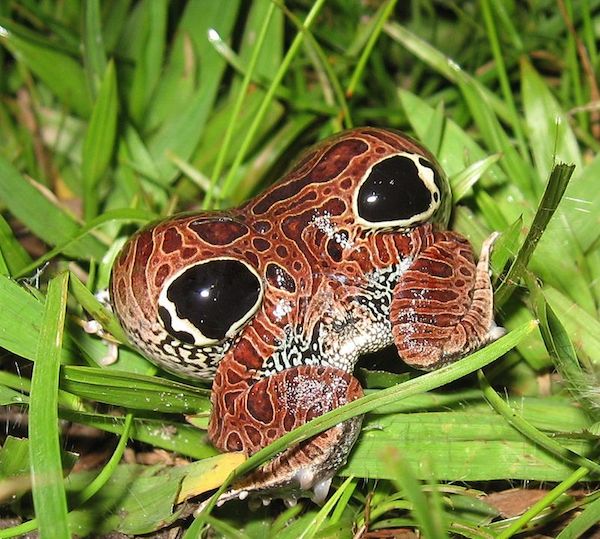 The Cubaya dwarf frog (Physalaemus nattereri) is found in tropical grasslands in South America and has an unusual mooning defense against predators. It also secretes a foul substance from glands under its eyespots. Photo by Felipe Gomes.