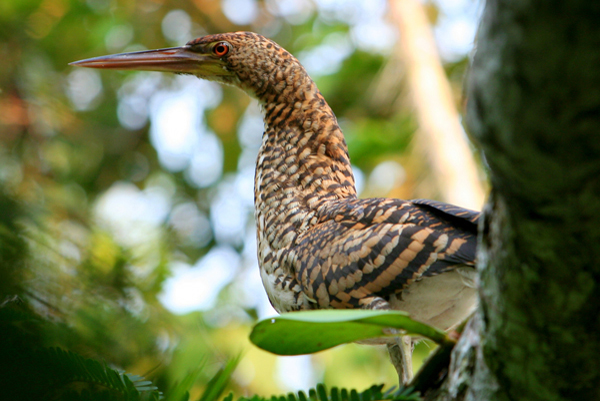 In what is a major victory for environmentalists, campaigners with United for Yasuni have collected 727,947 signatures triggering a national referendum on whether or not oil drilling should proceed in three blocs of Yasuni National Park in Ecuador. The effort started last year after Ecuador’s President, Rafael Correa, announced he was killing the Yasuni-ITT initiative, which called on the international community to pay into a trust fund to keep the most remote portions of the park free from oil exploitation. Currently, Yasuni National Park is considered the likeliest candidate for the most biodiverse place on the planet and is home to several indigenous tribes who have chosen voluntary isolation.

“Not only did we mobilize to get the needed signatures for the popular referendum, but we mobilized civil society for a greater call for a new development model that keeps oil in the ground and addresses the needs of its people,” said Esperanza Martinez, President of Acción Ecologica. “We proved that defending Yasuní is not just about monetary contributions, or political statements, but a mobilized civil society.”

Activists needed to gather half a million signatures, but collected over 100,000 more to make sure the results wouldn’t be invalidated. But several hurdles remain for activists: signatures need to be verified by Ecuador’s National Electoral Council and then the referendum needs to be deemed constitutional by the Constitutional Court. If the referendum passes these two tests, the question of whether or not oil drilling should go ahead in the Yasuni’s ITT (Ishpingo-Tambococha-Tiputini) blocs will go to the Ecuadorian public. Yet, victory isn’t assured. Although opinion polls show a hefty support in Ecuador for keeping the ITT blocs unexploited, debate will likely be fierce given Correa’s popularity and his pro-oil stance.

Energy companies have been drilling in Yasuni National Park since the 1970s—despite its protected status—although the most remote portions have been left untouched. Yet, for Ecuador’s government and oil companies the ITT blocs remain the biggest fossil fuel prize: according to estimates this portion of the park contains about 20 percent of Ecuador’s oil reserves. The ITT Initiative would have kept these blocs untouched if international donors paid half the expected revenue of the oil—$3.6 billion—into a trust fund set up by the United Nations Development Program. The international community pledged around $330 million, though only deposited $13 million, before Correa ended the initiative.

President Correa has said drilling in the park would only impact 0.1 percent of Yasuni National Park, but conservationists say this figure doesn’t include the considerable infrastructure—including roads, pipelines, and buildings—that will be built to bring the oil to a global market. But Correa says the money garnered from oil drilling would be used to benefit Ecuador’s poor including those in the Amazon.

“We need these financial resources in order to alleviate poverty, in order to give public services to our people,” Correa told the Courtroom News Service.

However, Alicia Kawiya, vice president of the Waorani Indigenous Federation, told the Wall Street Journal: “More than 40 years of the oil industry has not benefited us. We do not need revenues from oil, we do not need oil activity. We have everything to live in our land.”

Ecuador’s Amazonian indigenous communities have proven staunch critics of Correa’s efforts to increase drilling in the park and open up more of the Amazon to fossil fuel extraction.

“The development vs. environment discourse of President Correa is the same, tired business-as-usual argument that every president here has used since oil was first discovered,” noted Esperanza Martinez, president of local NGO Acción Ecologica. “There is nothing ‘revolutionary’ about Ecuador trying to drill its way to prosperity. We’ve been doing that for half a century to no avail.”