Scientists have described a new species of eagle ray in the northwest Pacific Ocean, which they have named “narutobiei” (Aetobatus narutobiei) after its local name in Japan. While the new species has long been known by scientists, it was clumped together with the longheaded eagle ray (Aetobatus flagellum) for over two hundred years. Splitting the two species has large-scale conservation impacts, according to the paper describing the new species in PLOS ONE.

“New species are always being encountered, especially as fisheries move into deeper waters in recent years. However, what is remarkable in this situation is that more ecological information has been published on Aetobatus narutobiei than Aetobatus flagellum yet no taxonomic studies to confirm its identity have been undertaken until now,” the scientists write in the new paper.

Looking at the various populations of the longheaded eagle ray, scientists found that the population in northwest Pacific showed notable discrepancies, including morphological (physical) differences. For one thing, narutobiei are generally larger than their cousins and sport different coloration. Genetic research bore out the morphological findings by showing significant differences in mitochondrial DNA.

Currently the new species is known from Japan, China, Korea, and around Vietnam’s Cat Ba Island. The most abundant populations are near Ariake Bay in Japan, but here the new species has been treated as a pest for preying on farmed molluscs.

“Since 2001, ‘predator control’ programs were introduced to reduce the eagle ray population with as many as 10,000 individuals killed annually. In recent years, the populations of eagle rays in Ariake Bay have declined,” write the researchers.

The discovery of the new species could have significant impact on conservation efforts for both the longheaded eagle ray and the narutobiei. The longheaded eagle ray was already listed as Endangered by the IUCN Red List, but the designation of the new species means its global range shrinks significantly. Meanwhile, the narutobiei is actively culled in Japan with little information to date on its population.

Eagle rays are different from manta rays in that they prey on feed on molluscs and crustaceans on the ocean floor rather than sucking up plankton. The group of rays are also known for their acrobatic antics on the ocean’s surface, including jumping full-body out of the surface. 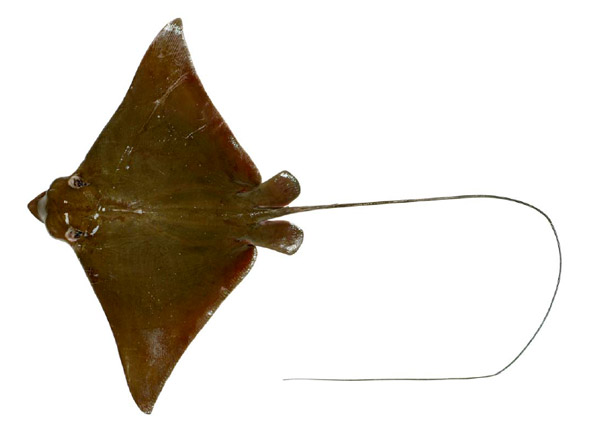 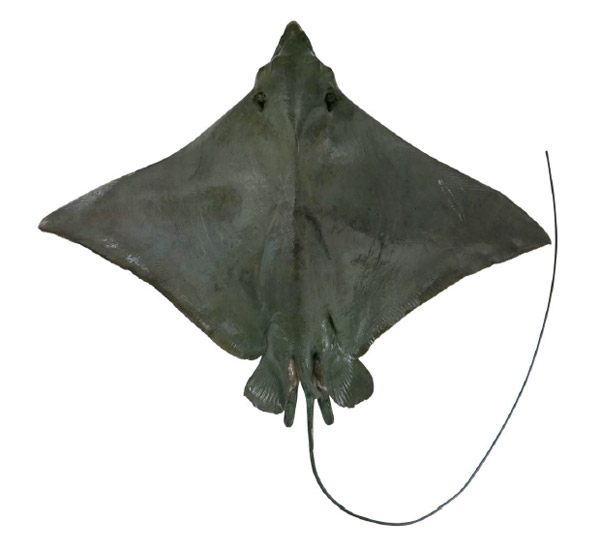