A panel of scientific experts has released a final report outlining how carbon credits generated from tropical forest conservation could be used under California’s cap-and-trade system while minimizing risks to forest-dependent communities and wildlife.

The report comes after the working group spent three years gathering data and comments at public hearings and workshops in the United States, Indonesia, Brazil, and Mexico. The process aimed to address criticisms about projects under the Reducing Emissions from Deforestation and Degradation (REDD+) program, a U.N.-backed climate change mechanism. Under California’s carbon emissions reduction program, companies could use carbon credits — potentially including REDD+ credits — to cover up to 8 percent of emissions.

The report looked specifically at how officials in California can ensure that REDD+ projects are leading to actual greenhouse gas emissions reductions. It also made recommendations on social and environmental safeguards, including a mechanism for filing grievances.

But panel’s recommendations may not lead to the state’s air board allowing REDD+ credits into the cap-and-trade system. Some lawmakers are pushing for only credits generated from in-state projects to be qualify as offsets, a move that would effectively exclude international forestry projects. 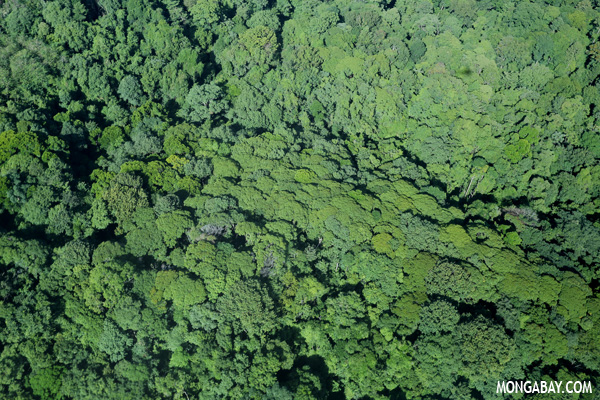 Environmentalists are split on the issue. Several big NGOs issued a statement endorsing the report and supporting the inclusion of REDD+ credits in California’s climate framework. But other greens are opposed to any form of carbon offsetting, including credits from REDD+ projects.

California’s decision on REDD+ offsets is viewed by some as a barometer for the inclusion of forest-based carbon offsets in regulatory frameworks for reducing greenhouse gas emissions. As such, the the process under which the initiative has been moving forward — the Governor’s Climate Forests Task Force (GCF), which involves 19 states and provinces developing a framework for REDD+ programs at sub-national levels — has been a lightning rod for criticism of REDD+ and carbon offsets. Opponents of REDD+ say a poorly designed mechanism could fail to reduce carbon emissions, while undermining the rights of forest-dependent people and increasing the risk of land conflict. Supporters of REDD+ argue that it offers the best opportunity for aligning a range of development goals with forest conservation and climate change mitigation efforts.

Deforestation and forest degradation account for roughly ten percent of global greenhouse gas emissions and, like climate change, are major threats to wildlife.