Last Wednesday, bulldozers entered the Loma Charco Azul Biological Reserve (LCABR) in the Dominican Republic and began clearing vegetation for agricultural development. The move stunned local conservationists who had not been notified ahead of time of the project. Although Charco Azul Biological Reserve is home to a wealth of threatened species—including the world’s largest population of the Critically Endangered Ricordi’s iguana (Cyclura ricordi)—the destruction of the reserve was signed off by the Dominican Republic’s Minister of the Environment, Bautista Rojas Gómez.

“The current Minister of the Environment simply does not understand the importance of this protected area. Other Ministry technical staff had denied the permit, but he signed it off himself, yielding to pressure from the Agrarian Institute,” Yolanda Leon, a biologist and president of the local NGO Grupo Jaragua, told mongabay.com.

Grupo Jaragua, which focuses on conservation efforts in the southwestern portion of the Dominican Republic, has called on the government to immediately halt the clearing. Meanwhile the National Institute of Lawyers for the Protection of the Environment are preparing to take legal action over the destruction, arguing that the clearing of a protected area is illegal under national law, reports the Environment News Service. To date, around ten hectares have been cleared, but the government plans on clearing over a hundred hectares.

The agricultural project is a part of a project to accommodate nearby farmers for lost land due to rising water levels in nearby Enriquillo Lagoon. However, Grupo Jaragua warns that the arid land around Loma Charco Azul Biological Reserve is little suitable for farming. 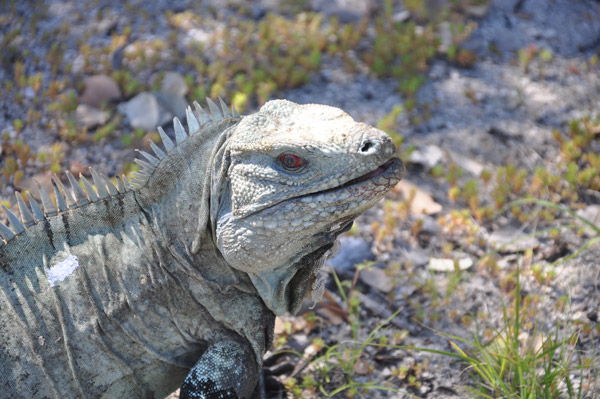 Meanwhile Leon says that other agricultural areas have been established outside the reserve, but are still unused.

“Many other areas have been cleared nearby and no land has been allotted to local people, nor water systems have been installed, they remain fallow.”

However even if the clearing stops, the situation has already created conflict in the region.

“The nearby locals who’ve been promised the land are threatening […] violence against the ministry, environmental groups and any iguana they find unless they receive the land,” Leon notes.

Charco Azul Biological Reserve, which was only established in 2009, is notable for housing around 600 Ricordi’s iguana, a species which is down to just a few thousand individuals and is only found in the Dominican Republic. These iguanas are known for their blood-red eyes. In addition, the reserve is home to endemic species like the least pauraque (Siphonorhis brewsteri), the Hispaniolan racer snake (Haitiophis anomalus), and a tree cactus (Dendrocereus undulosus).

Most recently researchers have discovered the presence of the Hispaniolan solenodon (Solenodon paradoxus) in the park as well. Listed as Endangered, the solenodon is one of the world’s most bizarre mammals: it is the only mammal to inject venom out of its teeth like a snake. The solenodon is also a living fossil: virtually unchanged in the fossil record, solenodons ran underneath the feet of dinosaurs 75 million years ago. The Hispaniolan solenodon’s only living relative is in Cuba and is Critically Endangered. 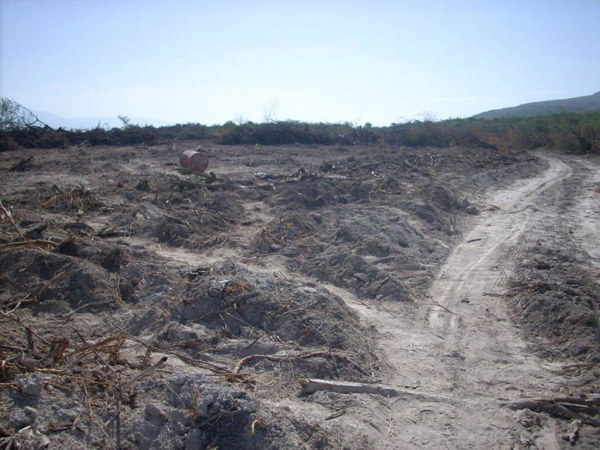 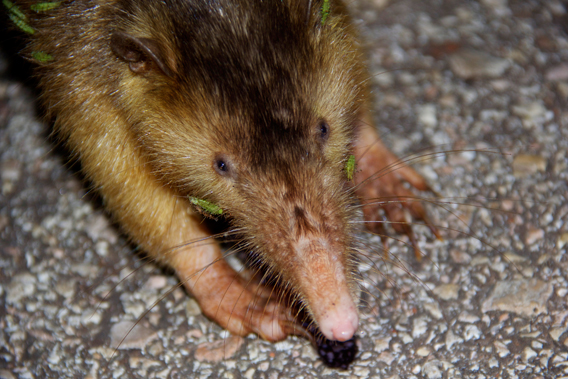 Little-known in the Dominican Republic and abroad, the Hispaniola solenodon is one of strangest and oldest mammals on Earth. Photo by: Tiffany Roufs. 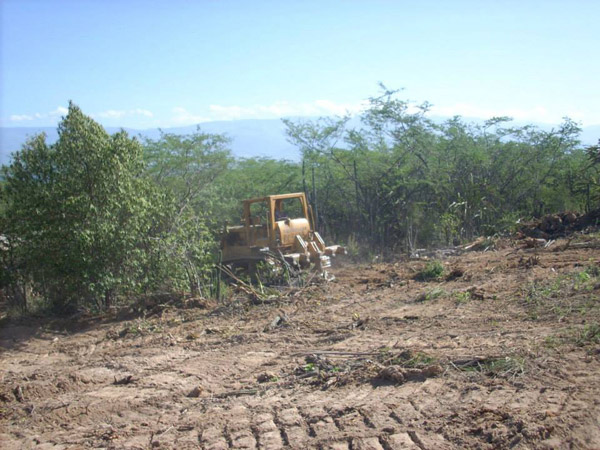 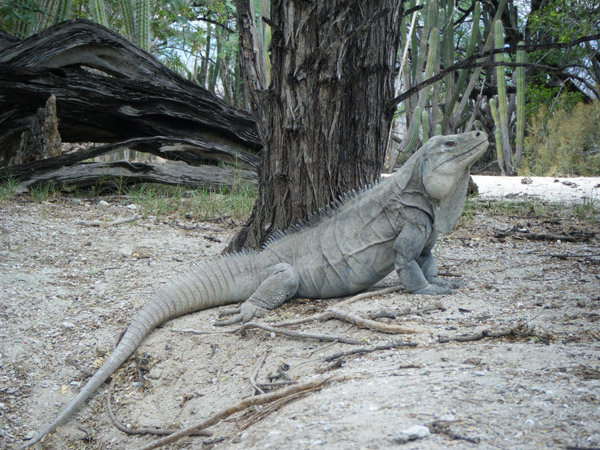 The hidden Caribbean: sustainable tourism arrives in the Dominican Republic

(07/18/2013) Finding true ecotourism companies isn’t easy. While the tourism industry worldwide has latched onto the term ‘ecotourism,’ in many cases it’s more propaganda than reality. Especially in heavily-touristed areas—like the Caribbean Islands—it’s difficult to find efforts that are actually low impact, sustainable as possible, and educational. However, some companies are beginning to make headway in a region known for all-inclusive resorts and big cruises. One such company is the relatively young Explora! Ecotour in the Dominican Republic, run by passionate naturalists, Manny Jimenes and Olyenka Sang.

Beyond the resorts: traveling the real and wild Dominican Republic (photos)

(01/29/2013) For its stunning variety of ecosystems, the Dominican Republic is like a continent squished into half an island. Lowland rainforests, cloud forests, pine forests, dry forests, mangroves, savannah, coastal lagoons, salt lakes, a rift valley, karst land formations, four mountain ranges—including the highest mountain in the Caribbean—and not to mention some of the best beaches, snorkeling, and scuba diving in the hemisphere can all be reached within just a few hours drive of the capital, Santo Domingo. Yet, bizarrely, most tourists who visit the Dominican Republic never venture out of their all-inclusive resort, missing out on some of the most stunning landscapes—and accessible wildlife viewing—in the Caribbean.

(09/11/2011) Although they are little-known, the hutia and solenodon are some of the last surviving mammals of the Caribbean. A hefty rodent, the hutia spends its time grazing in trees like a giant arboreal hamster. While, the solenodon may be one of the world’s oddest creatures: a ‘living fossil’, the solenodon’s evolutionary origins goes back all the way to the time of dinosaurs.

The Caribbean’s wonderfully weird (and threatened) mammals, an interview with Jose Nunez-Mino

(01/18/2010) Not many people know the solenodon and the hutia, yet for the fortunate few that have encountered them, these strange little-studied mammals—just barely holding on in the Caribbean island of Hispaniola—deserve to be stars of the animal kingdom. “I could not quite believe it the first time I held a solenodon; I was in utter awe of this mesmerizing mammal. […] They have a long flexible snout which is all down to the fact that it is joined to the skull by a unique ball-and-socket joint. This makes it look as if the snout is almost independent to the rest of the animal. You can’t help but feel fascinated by the snout and inevitably it does make you smile,” Dr. Jose Nunez-Mino, the Project Manager for a new initiative to study and conserve the island’s last mammals, told mongabay.com in an interview.