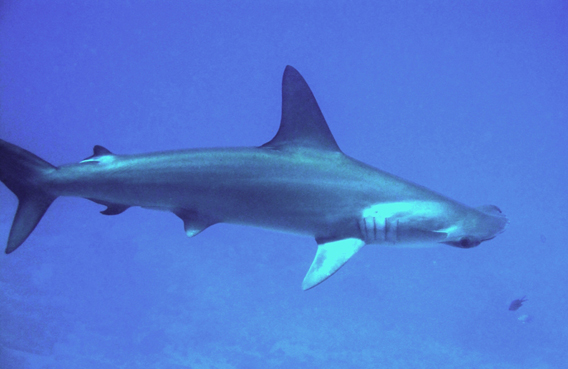 The scalloped hammerhead shark is one of five sharks and two manta rays that won protection today at CITES, so long as it isn’t overturned. Photo by: Stacy Jupiter/WCS.

Today, for the first time, sharks and rays have won the vote for better protection under CITES (the Convention on International Trade in Endangered Species), the world’s regulating body on trade in threatened species. Five shark species and manta rays, which includes two species, have received enough votes to be listed under Appendix II of CITES, which means tougher regulations, but not an outright ban. However, the votes could still be overturned before the end of the meeting.

“Today’s outcome could be a turning point in how CITES can assist in the regulation of trade in marine species,” said Glenn Sant, Marine Program leader with the NGO, TRAFFIC. “If accepted in plenary, this meeting will go down in history as the one where CITES finally realized its marine potential.”

Conservationists have spent nearly two decades trying to get sharks listed under CITES. The world’s sharks have been decimated by the largely unregulated trade in sharks fins for the Chinese delicacy, shark-fin soup. A recent study estimated that 100 million sharks are being killed annually. Many populations have dropped by over 90 percent in the last few decades alone. Manta rays, like sharks, are also being overharvested: the rays are killed largely for their gill plates, which are used in Traditional Chinese Medicine even though the use of gill plates is relatively recent. Both sharks and manta rays reproduce and mature slowly, making it difficult for the species to recover from industrial fishing.

“It’s a bittersweet day for sharks,” added Sant. “While their adoption on CITES is warmly welcomed, it’s a sad indictment that their populations have fallen to such a low level that such measures have become a necessity.”

Still, the final meeting—the plenary—could dash conservationists’ hopes. At the last CITES meeting, in 2010, the porbeagle shark won protection only to be stripped of it at the plenary. Opposition to listing sharks, manta rays, and other marine species has largely come from Asian nations, especially Japan and China. They argue that fishing regulations are better handled by regional management groups, however much of the oceans—such as the high seas—receive little management and less enforcement as massive industrial fisheries scoop up wildlife with impunity. In other parts of the world, regulations have been too weak to stop many marine species from becoming endangered.

“This is a landmark moment showing that the world’s governments support sustainable fisheries and are concerned about the reckless over-exploitation of sharks for commercial use,” Carlos Drews, head of WWF’s delegation at CITES. “Today’s decision will go a long way in slowing down the frenzied overfishing of sharks that is pushing them to the brink of collapse to feed the luxury goods market.” 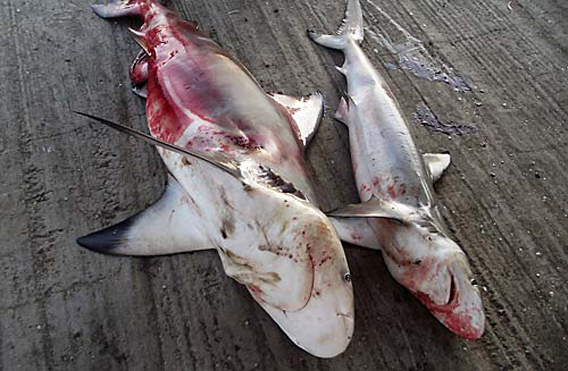 Five species of sharks traded for their meat and fins have been listed in CITES Photo by: M. Burgener/TRAFFIC.