by Michael Rudolph on 5 December 2012 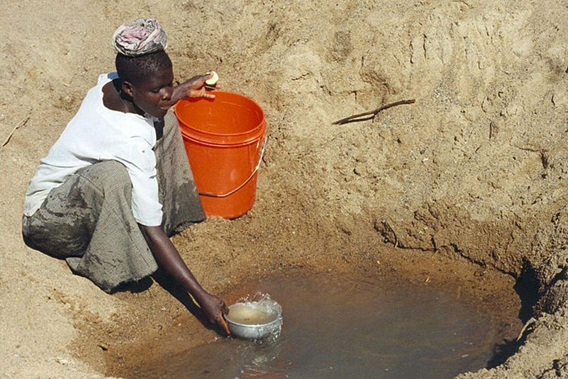 This summer, while climate change silence reigned in the U.S. presidential race, the Stockholm International Water Institute’s conference for World Water Week focused on the global initiatives required in order to live with its effects. The report, titled “Feeding a Thirsty World,” garnered the most publicity with the assertion that agricultural water scarcity and an increasing population would force the world to reduce average meat and dairy consumption down to just 5% of all calories by 2050. At present, 20% of the average human diet is made up from animal proteins.

The claim is justified by the fact that vegetable crops produce about ten times the weight of food as livestock per unit of water. In addition, food production for livestock currently occupies one third of the world’s cropland. Unfortunately, if we are to feed the projected population of nine billion in less than forty years, even these groaned-over changes in eating habits will not be enough.

Equally important, according to the report, is the establishment of a “well organized and reliable system of food trade,” i.e. the reduction of consumer food waste and great leaps in the efficiency of agricultural water use.

In his introduction to “Feeding a thirsty World,” Torkil Jønch Clausen reports that, “with all our efforts to improve efficiency, increase yields and raise production in the field we sacrifice half of it in avoidable losses in the early part of the food chain, and wastage in the latter.” According to the United Nation’s Food and Agriculture Organization (FAO) this amounts to 1.3 billion tons of food, or nearly six times the net production of Sub Saharan Africa, one of the world’s most sensitive regions to water related food scarcity.

Per capita consumer waste in North America and Europe hovers around 105 kilograms annually says the FAO, a number that could be easily reduced by a de-emphasis on appearance-based quality standards in supermarkets, as well as a shift away from “fixed-price buffets” and two-for-one deals, which encourage overconsumption and waste.

Before reaching the consumer, the best ways to reduce waste are to invest in improved harvesting techniques in developing nations, as well as post-harvest processing and packaging and better marketing communications systems “which would allow production to better match demand,” according to the FAO.

In a world ecologically stressed and increasingly depleted of usable water for agriculture, the conventional wisdom of increasing food production to meet a growing demand is no longer valid. According to the report, half the world inherited by our children will be affected by persistent water shortage. The prevention of a hungry world will thus depend on the planning and implementation of efficient food trade, and a conscious global effort to reduce waste at all stages of the food chain.

World has lost half its wetlands

(11/29/2012) Half of the worlds wetlands have been destroyed in just the last 100 years, says a new report. Published by the Economics of Ecosystems and Biodiversity (TEEB), the report found that of the 25 million square kilometers of wetlands that existed in 1900 just 12.8 million square kilometers now remain. The rate of destruction varies geographically with notable loses in East Asia running at 1.6 per cent per year. In places where aquaculture, over-exploitation (e.g. unsustainable harvesting of fish) and storm damage have been severe, the rate of destruction can be as high as 80 percent.

(08/08/2012) A new video highlights recent efforts to restore rivers in the Tongass Forest, the world’s largest intact temperate rainforest. Industrial logging in vital watersheds have hurt salmon populations and other wildlife in the region, an issue the government, along with several partners, are now trying to rectify.

(03/07/2012) Over the past two decades (1990-2010) over two billion people have received access to improved drinking water, bringing the current number of people worldwide who have access to better water up to 89 percent. This accomplishment meets the UN’s Millennium Development Goal’s (MDG) target of cutting in half the amount of people worldwide who do not have access to safe and sustainable drinking water. According to a report by UNICEF and the World Health Organization (WHO), the goal was met in 2010, five years before its target year of 2015.