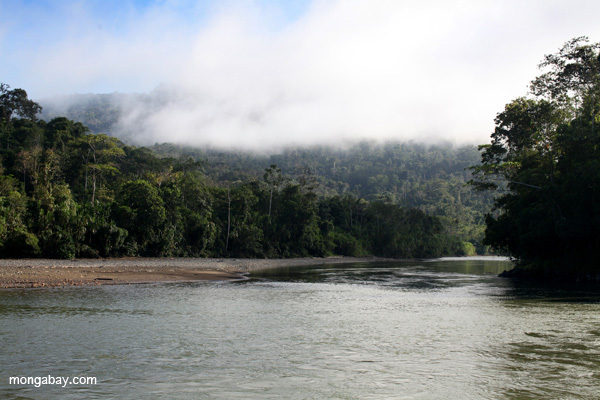 Major concerns about the danger posed by gas exploration in a UNESCO World Heritage site in the Amazon rainforest has prompted UNESCO to promise to lobby the Peruvian government.

Manu National Park’s biological diversity exceeds “that of any other place on Earth,” according to UNESCO’s website, and is inhabited by indigenous people living in “voluntary isolation” who could be decimated if they come into contact with gas workers.

Marc Patry, a Programme Specialist in the Special Projects Unit at the World Heritage Centre in Paris, revealed UNESCO’s intention to lobby Peru in an e-mail to UK-based NGO Forest Peoples Programme (FPP), which in a statement on September 18 called Manu “one of the jewels in UNESCO’s crown.”

In his e-mail Patry expressed concern about operations in a gas concession known in Peru as ‘Lot 88,’ near Manu National Park, and plans to create a new concession, ‘Lot Fitzcarrald,’ which would overlap parts of it.

“Rest assured we are sending a letter out,” wrote Patry on September 13th, “informing the government of Peru that oil and gas exploration and exploitation is not compatible with World Heritage sites, and requesting their reaction to the information we have received on Lot Fitzcarrald, which appears to include Manu National Park lands, and on the possible indirect impacts on Manu from activities in Lot 88, in terms of displacement of local inhabitants.”

According to Patry, a letter has now since been sent to Peru by the World Heritage Centre’s Latin America and Caribbean unit, although the head of that unit, Nuria Sanz, refused to confirm it.

“I hope they really kick up a fuss,” says Jonathan Mazower, Media Director at indigenous rights NGO, Survival International. “If this gas exploration goes ahead, it would make a mockery of the whole purpose of UNESCO’s supposed protection.”

In a letter sent in August to three United Nations ‘rapporteurs,’ five Peruvian indigenous organizations—AIDESEP, FENAMAD, ORAU, COMARU and ORPIO—called the ‘Lot Fitzcarrald’ a major threat to the people living there, saying it appears to include “part of the river Manu in the neighbouring Manu National Park.”

“The expansion of activities both within Lot 88 and any neighbouring areas threatens irreparable harm,” the organizations stated, citing “the transmission of potentially lethal diseases,” forced displacement and conflict as possible consequences.

Peruvian officials have talked openly about the ‘Lot Fitzcarrald’ in recent months. In an interview in April with Peruvian newspaper Gestion the Energy Minister, Jorge Merino Tafur, remarked on the “great possibilities for finding gas” there, and in a letter to Survival International dated June 4th of this year, Petroperu, the state oil and gas company, admitted it had been exploring the possibilities of operating there.

Perupetro, the state body responsible for contracting oil and gas companies, announced on September 11 that thirty-six new oil and gas concessions will be put to tender in November. Although a map of the new concessions in a keynote presentation given by Perupetro two days later at the World Heavy Oil Congress held in Aberdeen didn’t include the ‘Lot Fitzcarrald,’ fears remain.

“Government denials and misinformation on hydrocarbon concessions are common in Peru as in other countries,” says FPP’s Griffiths. “It’s one way to maintain the upper hand for itself and the companies, and to keep communities and campaigners guessing.”

“Perupetro has not yet finalized the lots. When we have done, we’ll publish them on our website on the same day of the opening ceremony of the bidding process,” he says, although he didn’t state when that would take place.

The indigenous people in ‘voluntary isolation’ who could be affected by the ‘Lot Fitzcarrald’ include the Nanti and Mashco-Piro, photos of whom elsewhere in Manu made international headlines earlier this year.

UNESCO’s promise to lobby Peru was made the same week as the IUCN’s World Conservation Congress was held in South Korea, which issued a formal statement urging the World Heritage Committee to uphold indigenous peoples’ rights, and countries to “ensure respect for the rights of indigenous peoples in the management and protection of existing World Heritage sites.”

Manu National Park, in southeast Peru, was created in 1973 and became a UNESCO World Heritage site in 1987. Last year UNESCO called on the Peruvian government to protect “the indigenous peoples living in voluntary isolation and in initial contact from external pressures.” 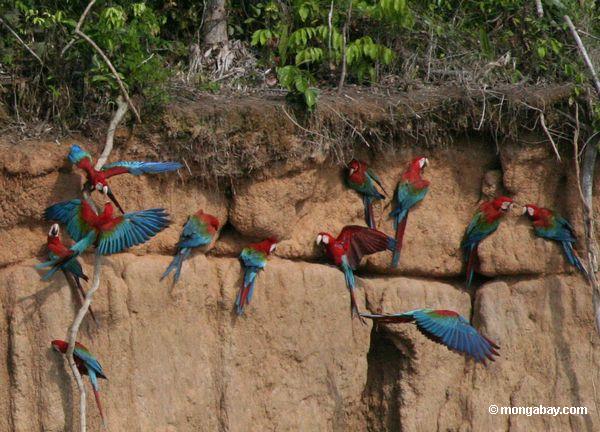 (09/13/2012) Talisman Energy (TLM) is abandoning oil exploration in a block of forest in the Peruvian Amazon, reports Amazon Watch, an activist group that has campaigned against the driller since 2004.

(08/14/2012) Evidence of indigenous people living in “voluntary isolation” in a remote part of the Amazon has been found where an Italian Catholic priest is campaigning for Peru’s government to build a highway. The discovery is controversial because the priest has questioned the existence of the isolated people, sometimes referred to as uncontacted, who live without regular contact with anyone else.

(08/01/2012) The Peruvian government is looking into making large-scale changes to its Environment Impact Assessments (EIA) after a review found significant problems with the vast majority of past reviews, reports the Inter Press Service. The news comes a few weeks after protests over a proposed gold and copper mine in the Andes left five people dead, including a 17-year-old boy.