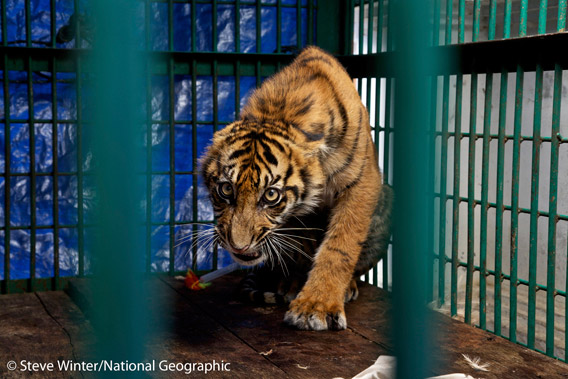 This six-month old Sumatran tiger cub was strung up in a snare for three days before it was rescued. However, it’s paw had to be amputated. While the cub survived, its freedom has been lost. Unable to hunt and fend for itself, the cub now lives in captivity on the Indonesian island of Java. Photo by: Steve Winter/National Geographic.

Last summer, a wild Sumatran tiger—one of only a few hundred surviving on the island—made news in a story that did not have a happy ending. The cat had become entangled in a snare in a logging concession owned by Asia Pulp and Paper (APP). The tiger spent seven days without food or water before wildlife rangers found it, but its snared right paw was a bloody black mess. Although the rangers were able to sedate and free the cat, it died shortly thereafter from its wounds.

When one thinks of the hazards faced by the world’s charismatic great cats—habitat loss, poaching, human-wildlife conflict—one doesn’t usually think of snares. But countless felines are killed and injured by snares across Asia and Africa. Sometimes the snares are set purposefully to kill a big cat—either by poachers or in an attempt to eliminate predators that may prey on livestock—but most often the traps are set by locals seeking bushmeat and cats get caught accidentally, as terrestrial by-catch one might say. To bring more attention to this issue, wild cat NGO Panthera has begun a Remove a Snare campaign targeting the little-known but insidious snare.

“Snares are cheap to make, easy to set—anyone can get their hands on a piece of wire—and they capture anything walking through their path. They are extremely effective and essentially, last forever until something is caught in them. We’ve seen areas where guns have been banned, to control hunting, but snares are used in their place and occur in overwhelming densities,” Andrea Heydlauff, Vice President at Panthera, told mongabay.com.

For example, in Mozambique’s Niassa National Reserve, research by the Niassa Carnivore Project has found that snares are the biggest threat to lions by far. The group, which is supported by Panthera, estimates that 40 lions are killed each year by snares in the Niassa National Reserve alone. Recently the organization was able to save a male lion who had a snare caught around its torso; the lion was released back into the wild. Leopards are also gravely endangered by snares set in their habitat.

Even snares that don’t catch a big cat can still undercut already imperiled cat populations. How? Snares are often set to catch the same species big cats prefer, depleting the prey base in African and Asian ecosystems.

“Antelope, deer, wild boar and other prey species are often the prime target of wire snares. In some areas, snaring is so widespread that wild prey populations have been completely decimated, creating ’empty forests’ and leaving cats, and humans, with nothing to eat,” Heydlauff says.

Panthera says a hundred percent of donations to its Remove a Snare campaign will go directly to fieldwork across Asia and Africa.

While Panthera focuses solely on the world’s cat species, with special emphasis on the big cats, the organization says its work also aids overall biodiversity and people.

“The current ranges of wild cat species occupy more than a third of the terrestrial surface of the entire planet. By conserving cats, we are conserving the large, functioning ecosystems on which they depend, containing thousands of species of plants and animals,” Heydlauff says, adding that, “Healthy ecosystems mean healthy humans.”

As top predators, the world’s big cats exert disproportionate pressure over their respective ecosystems, balancing prey numbers and regulating herd movements. Decades of research in the U.S. has shown that wolves, which are also top predators, keep forests healthy and biodiverse not just through keeping a check on elk populations, but through what’s known as ‘the ecology of fear’, whereby the presence of wolves keep elk from grazing in certain areas, allowing forests to regenerate.

“The extinction of top predators can precipitate a cascade of unexpected effects that fundamentally alters the structure of the ecosystem,” says Heydlauff.

Currently all of the world’s nine big cat species (including two species of clouded leopard) are considered threatened with extinction, except the cougar.

WARNING: some images below are graphic or disturbing in nature 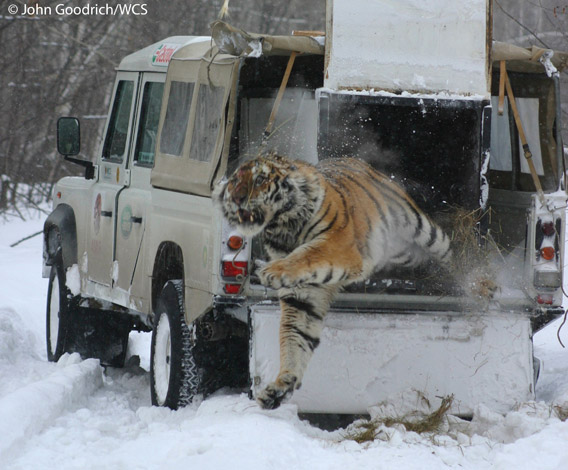 An incredible photo of a Siberian tiger leaping from a truck after being treated for a snare wound and released by Wildlife Conservation Society’s (WCS) scientists. Photo by: John Goodrich/WCS. 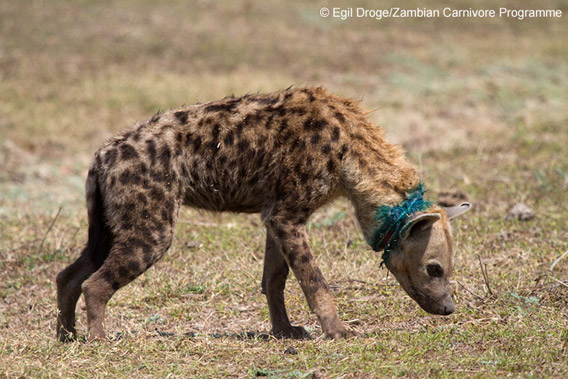 A photo of a hyena after a snare was removed from its neck and its wounds treated by staff from the South Luangwa Conservation Society. Zambia, July 2010. Photo by: Egil Droge/Zambian Carnivore Program. 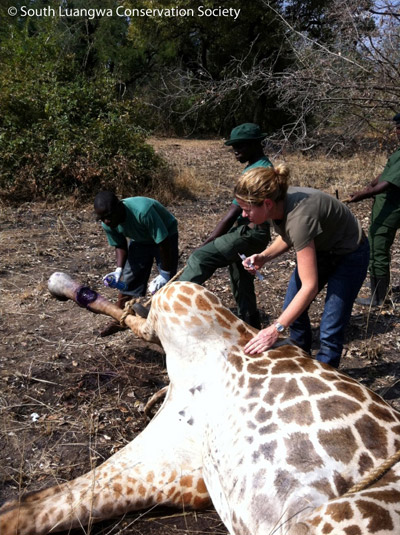 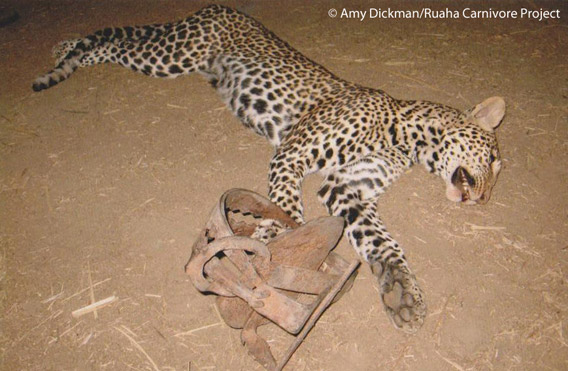 A young male leopard that was killed in a gin trap. This trap was set by a local villager who was losing livestock to local predators. Ruaha landscape, Tanzania. Photo by: Amy Dickman/Ruaha Carnivore Project. 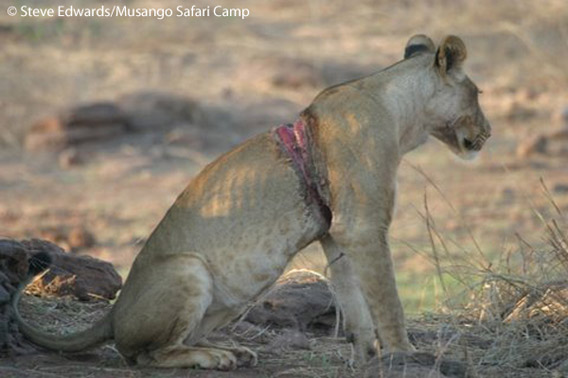 After a snared lioness was spotted on Musango Island in Lake Kariba, Zimbabwe, the team from Wild Horizons Wildlife Trust were called in to remove the snare. The lioness was saved. Photo by: Steve Edwards/Musango Safari Camp.

(04/25/2012) Camera traps have captured rare images of Amur or Siberian tigers in China.

(04/25/2012) Camera traps in China’s Hunchun Amur Tiger National Nature Reserve have captured an image of the critically endangered Amur leopard, reports the Wildlife Conservation Society. The photograph, coupled with a recent study that suggests the presence of 8-11 leopard in Jilin Province, suggests that Amur leopards may be rebounding in China.