Commentary by Jeremy Hance on 13 October 2011 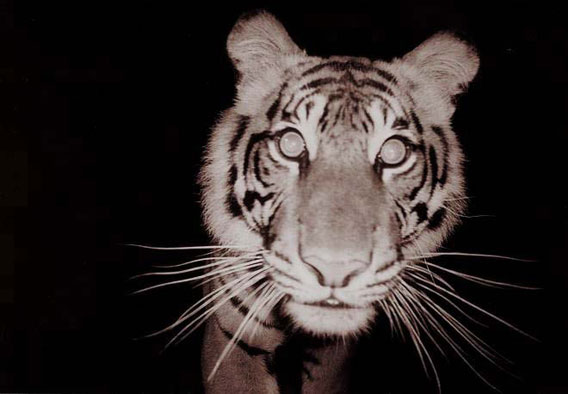 Let me state for the record that I am skeptical of the existence of Bigfoot or the Yeti, however I do have a fascination for following the latest news on the seemingly never-ending search for these hidden hominids. This week a Yeti conference in Russia announced ‘indisputable proof’ of the legendary hairy ape in the wilds of Southern Siberia. What did this proof consist of? Not DNA, photographs, video, or the Yeti itself (dead or alive) as one would expect from the word ‘indisputable’, but a few alleged Yeti hairs, an alleged bed, and alleged footprints. Cryptozoologists, those who are fascinated by hidden species such as the proposed Yeti and Bigfoot, don’t serve their cause by stating the reality of a species without the evidence long-deemed necessary by scientific community to prove it—either a body or DNA samples combined with clear photographic evidence—instead they make themselves easy targets of scorn and ridicule. It’s true Sasquatch-believers have sometimes been deemed crackpots and crazies, but there are many well-respected researchers and naturalists who accept the possibility of Bigfoot, Yeti, or some as-yet-unnamed large primate, inhabiting the wilds of the world. Even such heavyweights as Jane Goodall and David Attenborough have said it’s certainly possible, and that evidence is ‘convincing’ if not yet ‘indisputable’.

While I’m more skeptical than Goodall and Attenborough, skepticism doesn’t mean I don’t accept that it is possible; the discovery of Homo floresiensis living until only 13,000 years ago and relatively recent discoveries of uncontacted tribes in the Amazon should make all of us take note. Still, the reason for my skepticism is simple: if a gorilla-sized primate (or bigger) roamed North America or Asia, it seems unlikely—though not impossible—that the species hasn’t already been discovered.

Every year around 18,000 new species are recorded on Earth by science and, certainly, some of these are mammals—just not big ones. New mammal discoveries are overwhelmingly rodents, bats, and other small creatures. There have been new primates discovered in recent decades, including new monkey species from Africa, Southeast Asia, and South America. But these are small monkeys, not apes, usually living in still under-explored regions such as the Amazon. Put another way, the last big mammal discovered was a 200 pound (90 kilogram) forest antelope; dubbed the saola (Pseudoryx nghetinhensis) it was found in the deep mountainous rainforests of Vietnam and Laos in 1996. But Bigfoot enthusiasts estimate the weight of their cryptic beast at over 500 pounds! The last time such big land mammals were discovered—the okapi (Okapia johnstoni) and the mountain gorilla (Gorilla beringei beringei)—was in 1901 and 1902 respectively.

So, the question really becomes how long such a big terrestrial mammal could really avoid the notice of science? Over the last century the global population has more than tripled, forests have been felled like never before, and even the most remote places have had researchers poking about. Today tourists have relatively easy access to parts of the Amazon and to central Asian forests, not to mention the woods of North America, so how could such a large animal avoid discovery? Cryptozoologists have a common response: they argue that these hominids are incredibly elusive and shy, which is why they have so long avoided detection. The primates are masters at avoiding humans, say believers. Let’s for a moment give cryptozoologists the benefit of the doubt on this; let’s say these creatures have learned to avoid humans so stealthily that even their massive size is not a hindrance to their ability to hide. However, those days of hiding must soon be numbered: e have a new ubiquitous tool—the camera trap—that can provide verifiable proof of a species without a human ever having to get close to it. One way or another this will be key to ending the Yeti-Sasquatch-debate.

Camera traps are automated digital cameras that take a flash photo whenever an animal triggers an infrared sensor. While such traps have been used by researchers and wildlife enthusiasts for decades, the rise of digital photography and the decreasing cost of the technology has created an explosion of camera trapping. Camera traps can be left in the wildest places for months, simply snapping whatever wanders by. The devices are increasingly being used to document animals so rarely seen by humans they have become almost mythical, such as the giant armadillo (Priodontes maximus) in Brazil, the short-eared dog (Atelocynus microtis) in Ecuador, the pygmy hippo (Choeropsis liberiensis) in Liberia, and the African golden cat (Profelis aurata) in Gabon. Camera traps have also consistently photographed species on the edge of extinction, where only a few dozen survive, like the Amur leopard (Panthera pardus orientalis) and the Sumatran rhino (Dicerorhinus sumatrensis). Scientists have even discovered new species to science with nothing more than a camera trap: the Annamite striped rabbit (Nesolagus timminsi) of Southeast Asia and the Grey-faced sengi (Rhynchocyon udzungwensis) from Tanzania.

So, why have camera traps not documented a seven-foot-tall primate? Two logical responses: either these species don’t exist or camera trapping has been sparse in the regions they roam. Some might try to argue that Bigfoot has learned to avoid camera traps, but this goes beyond hard to believe: human poachers, who would like to avoid detection and are intuitive enough to sneak up on a tiger or a deer, are often photographed dumb-faced by camera traps. Unless Bigfoot has a skill-set that allows it to pinpoint a camouflaged small hunk of metal and avoid an infrared sensor, it would get caught on camera. Yet, to date there are no indisputable photos of a camera-trapped Bigfoot. This isn’t to say possible photographs haven’t been taken, but these are often readily disputable, with vague shapes more likely a bear or a human—perhaps a hoaxer—than a Bigfoot. I’ve seen camera trap images that have caught much smaller cryptic animals clear-as-day, so why not this purported hominid?

It’s possible, though again I’ll warn I’m skeptical, that luck just hasn’t been with camera trappers yet. Perhaps the Bigfoots and Yetis of the world, are so few in number and hide in such remote areas that they have avoided attention. This means that forests in the continental US are likely free of large-undiscovered-primates, since tens of thousands, perhaps millions, of camera trap photos from scientists, as well as backyard nature lovers, have been snapped, with no real evidence to date. Instead of the US, I’d put my money on the remotest wilds of Canada and the Himalayas. It’s also possible that a lesser known legendary primate could exist in the wilds of Sumatra. Known as the orang pendek this upright-walking hominid is described as significantly smaller than its North American and Asian cryptic cousins; it also inhabits a dense rainforest where the discovery of a new mammal, even a bigger one, is far more likely than in temperate forests. However a recent four year camera trap effort by National Geographic ended in failure. Still, if any unknown hominid does exist—and hasn’t yet gone extinct—bet that a good shot from a camera trap would be the first real evidence.

In the end even if, as I suspect, there is no Bigfoot, no Yeti to fill our dreams, there are still countless species—such as the Annamite striped rabbit and the short-eared dog, the Sumatran rhino and the pygmy hippo—that desperately deserve our attention. The world is full of more than enough wonders-of-life to keep us all busy and happy, if only we recognize them in time. My largest criticism of cryptozoologists is not that they insist on the existence of large undiscovered hominid species or lake sea monsters, but that most cryptozoologists consistently ignore the species we do know exist, the millions of species under threat by deforestation, habitat destruction, pollution, overexploitation, climate change, and innumerable other human impacts. If cryptozoologists spent as much time and energy working to save global biodiversity as they do analyzing Bigfoot evidence, the world would be a better and more wild place. If they truly love what is not yet known, cryptozoologists would be conservationists first. For, there will be no new discoveries, if the world’s ecosystems continue to be lost.

(10/10/2011) A conference has announced that given recent evidence they are 95 percent convinced the yeti, a mythical or perhaps actual primate, exists in the cold wilds of Siberia. Scientists and cryptozoologists (those who have a fascination for the ‘study of hidden species’ such as Bigfoot) met in the Kemerovo region of Russia to exchange information on the yeti, also known as the Abominable Snowman, and to conduct fieldwork. According to a statement from the conference, members found new evidence of the yeti’s cryptic existence.

The saola: rushing to save the most ‘spectacular zoological discovery’ of the 20th Century

(04/04/2011) The saola (Pseudoryx nghetinhensis) may be the most enigmatic, beautiful, and endangered big mammal in the world—that no one has ever heard of. The shy ungulate looks like an African antelope—perhaps inhabiting the wide deserts of the Sahara—but instead it lives in the dense jungles of Vietnam and Laos, and is more related to wild cattle than Africa’s antelopes. The saola is so unusual that is has been given its own genus: Pseudoryx, due to its superficial similarities to Africa’s oryx. In the company of humans this quiet forest dweller acts calm and tame, but has yet to survive captivity long. Yet strangest of all, the 200 pound (90 kilogram) animal remained wholly unknown to science until 1992.

(10/14/2008) In 2003 an Indian forester claimed to have seen a Yeti three days in a row. Dipu Marak, general secretary of the Achik Tourism Society and Yeti enthusiast, followed the man’s trail and discovered strands of hair that he believed belonged to the mysterious creature. According to popular tradition, the Yeti is an ape-like animal that lives in the Himalayan forests.