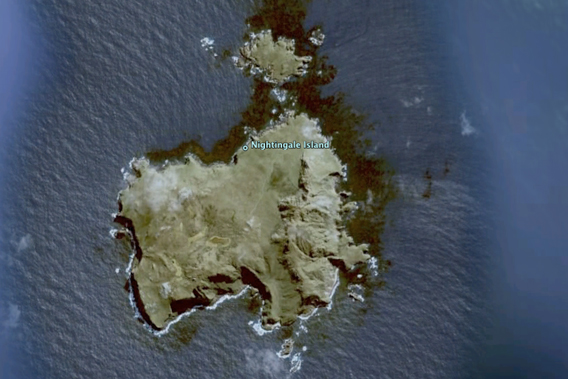 Tristan Conservation Department deployed nine employees to the remote island to investigate the damage. They found an “awful scene” with an oil slick ranging “from thin films of oil, small balls and larger clumps of tar with the smell of diesel everywhere,” according to the Department. The team is “busy doing what they can to clean up northern rockhopper penguins presently coming ashore smothered in oil on Nightingale Island.”

The oil slick is currently 8 miles (13 kilometers) long and threatens other sea birds and wildlife, as well as a fishery.

“The consequences of this wreck could be potentially disastrous for wildlife and the fishery-based economy of these remote islands. The Tristan da Cunha islands, especially Nightingale and adjacent Middle Island, hold million of nesting seabirds as well as four out of every ten of the world population of the globally endangered Northern Rockhopper Penguin,” Richard Cuthbert, a Royal Society for the Protection of Birds (RSPB) biologist who has spent time on Nightingale Island, told BirdLife International.

The wreck raises the specter of another threat: rats. Nightingale Island is home to a variety of nesting seabirds and currently free of any land mammals. However it’s likely the crashed craft was carrying rats, which, if they invade the island, would further endanger the nesting birds.

A tugboat is set to arrive today to remove the broken craft and deliver environmental specialist Estelle van der Merwe, who has worked with oiled birds in the past.

All 22 employees of the wrecked cargo craft are safe. 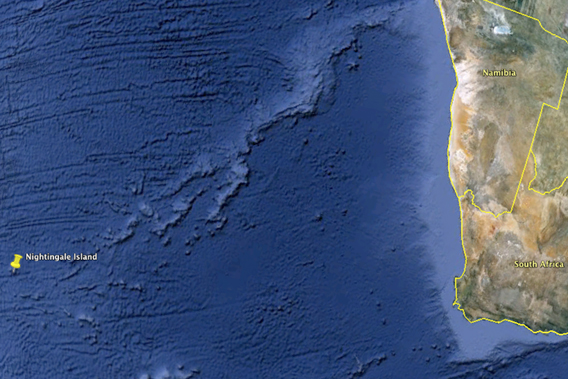 Nightingale Island’s location in the Southern Atlantic ocean off the southwest coast of Africa.

(03/31/2010) Southern rockhopper penguins (Eudyptes chrysocome) are easily distinguished by the spiked plumes on their head, their neon-yellow eyebrows, and red eyes. But these wild-looking penguins are also endangered: the IUCN Red List classifies them as Vulnerable to extinction due to pollution and drowning by fishing nets.

(12/22/2006) The rockhopper penguin, a species featured in the movie Happy Feet, has taken a suffered a 30 percent population decline over the past five years according to the latest survey figures from Falklands conservation, a conservation group with offices in Stanley, Falkland Islands and London, England.