A look back at species discovered over the last decade in the Amazon.

A new report by the World Wide Fund for Nature (WWF) confirms the Amazon rainforest, even as it is shrinking due to deforestation, remains among the world’s most surprising places. According to the report, Amazon Alive, over the past decade (1999-2009) researchers have found 1,200 new species in the Amazon: one new species for every three days. Not surprisingly invertebrates, including insects, made up the bulk of new discoveries. But no type of species was left out: from 1999-2009 researchers discovered 637 new plants, 357 fish, 216 amphibians, 55 reptiles, 39 mammals, and 16 new birds. In new discoveries over the past decade, the Amazon has beaten out a number of high-biodiversity contenders including Borneo, the Eastern Himalayas, and the Congo rainforest.

“This report clearly shows the incredible diversity of life in the Amazon and what we could lose if we don’t act now,” said Francisco Ruiz, Leader of WWF’s Living Amazon Initiative, in a statement. “We need to change the way we think about development and promote conservation at a regional level that provides economic, social, and environmental benefits to people in the region and those within the Amazon’s far-reaching climatic influence.”

Some standout specie discoveries over the past ten years include a new anaconda, a controversial species of river dolphin, an ancient ant, a big spider with blue fangs, and seven new monkeys.

Despite its wealth in biodiversity, the Amazon has been plundered over the last half-century. According to WWF, seventeen percent of the Amazon—an area double the size of Spain—has been lost since 1960. Industrial farming, logging, mining, oil exploitation, roads, massive dams, slash-and-burn agriculture have all taken deep cuts out of the forest. However, cattle ranching is likely the largest destroyer of the Amazon, making up approximately 65-70 percent of deforestation in the Brazilian Amazon.

“The fate of the Amazon—and of its species whether known or yet to be discovered—depends on a significant shift in the current way development is embraced by all Amazon countries,” said Ruiz.

The Amazon, which is home to a variety of culturally unique indigenous groups, also provides a wide-array of ecosystem services, including carbon sequestration, rainfall, massive freshwater sources, food production, the possibility of undiscovered pharmaceuticals, and of course its biodiversity.

WWF’s Amazon Alive report is being presented today at the Convention on Biological Diversity (CBD) in Nagoya, Japan. The UN conference has brought leaders together from around the world to come up with an agreement on saving the world’s imperiled biodiversity. A previous agreement had set a goal to stem biodiversity loss by this year, however, by all accounts the global community has failed in this. 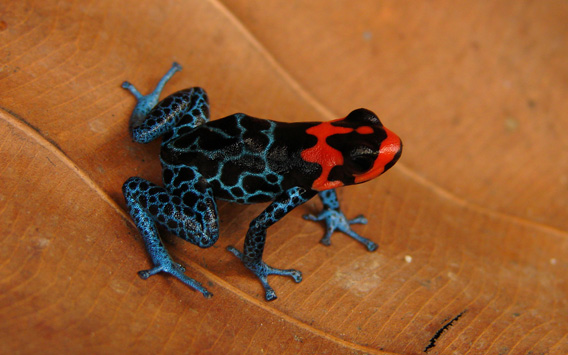 The spectacularly colored (Ranitomeya benedicta) was discovered in central Peru in 2008. Photo by: Evan Twomey 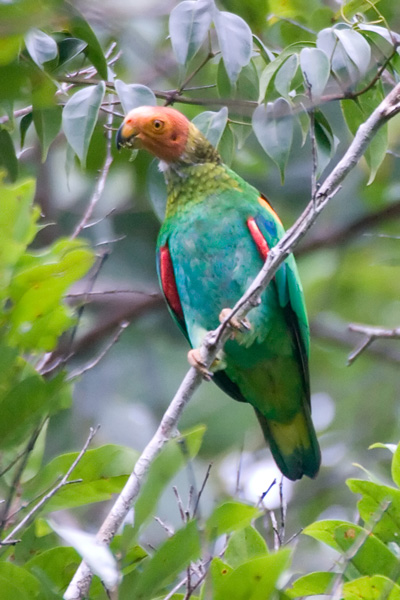 Known as the bald parrot (Pyrilia aurantiocephala), this weirdly bald bird is known for its magnificent colors. Known from a small area in Brazil, the bird is threatened by large logging operations. Photo by: Arthur Grosset. 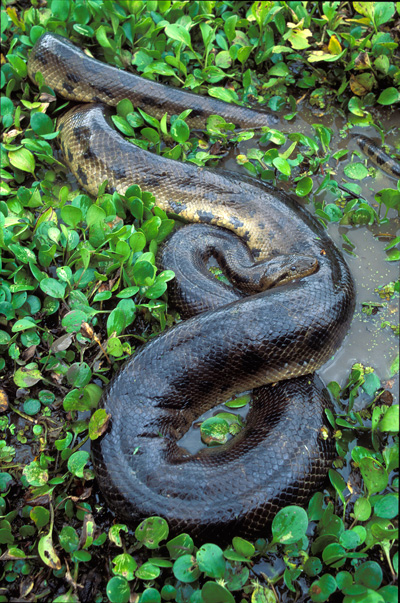 Initially thought to be a hybrid, researchers recognized the Bolivian anaconda (Eunectes beniensis) as a unique species only recently, the first new anaconda since the 1930s. Photo by: José Maria Fernández Díaz – Formenti. 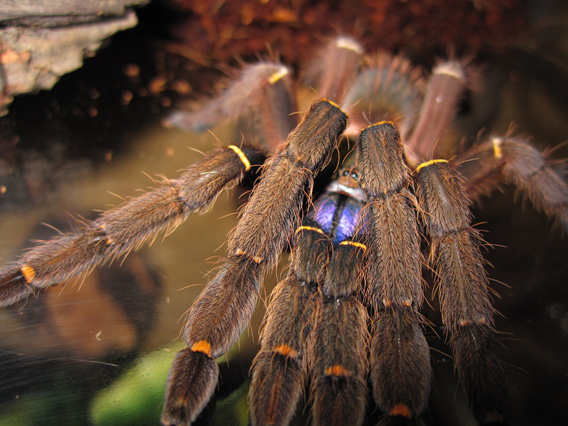 The bluefang (Ephebopus cyanognathus) received its name from its uniquely-colored pair of feeding implements. Discovered in 2000 in French Guiana, this species of spider may feed on birds as well as smaller animals. Photo by: Peter Conheim. 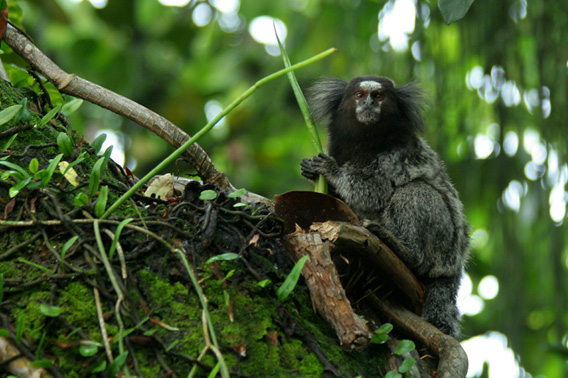 One of seven new monkey species discovered in the past ten years. The Rio Acari marmoset (Mico acariensis) was discovered when it was being kept as a pet by Brazilian locals. Scientists do not know the range or population of this species and, due to this, it has been classified as Data Deficient by the IUCN Red List. It has never been studied in the wild. Photo by: Georges Néron.

Genetic evidence has shown that the Bolivian river dolphin (Inia boliviensis) is likely a unique species of Amazon river dolphin, although that distinction is still debated. Photo by: Fernando Trujillo.

(05/26/2010) Researchers have discovered a new species of antpitta in the montane cloud forests of the Colibri del Sol Bird Reserve in western Colombia. A thrush-like bird, the new cinnamon and gray species was, according to a press release by the American Bird Conservancy (ABC), “captured, banded, measured, photographed, sampled for DNA, and then released alive back into the wild”. This is one of only a few incidences in which a new species has been described without ‘collecting’ an individual (i.e. killing) to provide a model of the species in a museum. The new bird has been named Fenwick’s antpitta (Grallaria fenwickorum) after the President of ABC, George Fenwick, and his family.

(02/08/2010) Researchers have discovered a new species of spiny mouse that lives on four mountainous forests in the Cordillera de la Costa mountain range of Venezuela.