How free trade has devastated Africa’s farmers and poor

A push in the mid-1980s for Africa to embrace free trade to aid its economies backfired in many of the continent’s poorest countries, argues a new study in the Proceedings of the National Academy of Sciences (PNAS). Africa was pushed to rollback government involvement in development and instead to rely on the private sector: government services shrunk, cash crops were pushed over staples, while tariffs and subsides were abolished. The insistence on free trade was meant to spur economic growth, but instead undercut traditional agricultural systems that had worked for centuries, eventually leading to a food crisis, which left millions hungry, caused multiple food riots, and destabilized governments.

“Many of these reforms were designed to make countries more efficient, and seen as a solution to failing schools, hospitals and other infrastructure,” explains co-author Laurence Becker, an associate professor of geosciences at Oregon State University. “But they sometimes eliminated critical support systems for poor farmers who had no car, no land security, made $1 a day and had their life savings of $600 hidden under a mattress.

“These people were then asked to compete with some of the most efficient agricultural systems in the world, and they simply couldn’t do it,” Becker adds. “With tariff barriers removed, less expensive imported food flooded into countries, some of which at one point were nearly self-sufficient in agriculture. Many people quit farming and abandoned systems that had worked in their cultures for centuries.”

Traditional poor African farmers simply couldn’t compete in the global food market against heavily mechanized, subsidized, and corporate agricultural systems. Rather than aid Africa’s farmers, the emphasis on free trade undercut local food production for a quarter of a decade, according to the study, placing increased reliance on imported rice. Then in 2008 global rice prices doubled leaving millions of Africans—who spend much of their income on food—hungry.

But why did food production decline? While corporate and small-scale farmers in the United States, Europe, and East Asia often receive government assistance in the from of subsidies, tax cuts, or other programs, African farmers were told they must go it alone. This caused many farmers to simply leave their farms untilled and migrate to the cities. In addition, an emphasis on ‘cash crops’ for export meant that many farmers were no longer focusing on the food staples they had grown for generations to feed local communities.

“A truly free market does not exist in this world,” Becker says. “We don’t have one, but we tell hungry people in Africa that they are supposed to.”

So, where does Africa go from here?

According to Becker, the first thing is for the industrialized world and organizations like the World Bank and International Monetary Fund to understand that effective approaches in the developed world don’t always apply to the developing world. For example, farming in Africa is often done communally with local systems that have gone without expensive equipment. While their traditional agricultural systems may seem quaint to Western observers, they have worked to feed local communities for centuries.

In addition, some other possible solutions include putting up tariff barriers on international trade to allow local producers to be competitive, better credit systems, improved roads, building local mills, and employing subsidies when appropriate.

“We don’t suggest that all local producers, such as small farmers, live in some false economy that’s cut off from the rest of the world,” Becker explains. “But at the same time, we have to understand these are often people with little formal education, no extension systems or bank accounts, often no cars or roads. They can farm land and provide both food and jobs in their countries, but sometimes they need a little help, in forms that will work for them. Some good seeds, good advice, a little fertilizer, a local market for their products.”

Additional issues remain, such as governments that are not trusted by local farmers, who often view their governments as corrupt and distant. Governments in Africa have long-practiced an urban-bias, whereby if any support systems are created they are done so for city-dwellers while those in rural areas are left without any safety nets.

“In many African nations people think of the government as looters, not as helpers or protectors of rights,” Becker said. “But despite that, we have to achieve a better balance in governments providing some minimal supports to help local agriculture survive.”

The researchers looked at Gambia, Cote d’Ivoire, and Mali. Both Gambia and Cote d’Ivoire proved examples of how free trade undercut local food production leading to crises. However, Mali, was a different story. Considered by many an African success story in terms of agriculture, Mali fared better due to improved infrastructure, such as roads; a cultural commitment to local, rather than foreign, products; and a location which makes imported rice expensive thereby supporting local crops.

The UN estimates that a billion people in the world are going hungry with 200 million people added to this roster over the past few years. The UN World Food Programs links uptick in the global hungry to the economic crisis, high food prices, and climate change. One billion going hungry is the highest figure in all history. 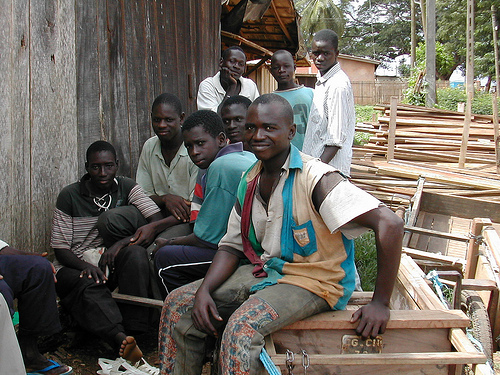 (12/15/2009) Pope Benedict XVI has released a message linking world peace with preserving the environment for the World Day of Peace, which will be held on January 1st 2010. In it Benedict calls for a “long-term review” of the world’s current economic model, including “[moving] beyond a purely consumerist mentality” and encouraging a more “sober lifestyle”.

(10/20/2009) Not many years ago if you were planning a trip to Africa to see wildlife, Kenya would be near the top of the list, if not number one. Then violent riots in late 2007 and early 2008 leaving a thousand dead tarnished the country’s image abroad. When calm and stability returned, Kenya was again open for tourism, and it’s true that most travelers were quick to forget: articles earlier this year announced that even with the global economic crisis Kenya was expecting tourism growth. However, a new disaster may not be so quickly overcome.

(09/17/2009) Kenya was once considered one of Sub-Saharan Africa’s success stories: the country possessed a relatively stable government, a good economy, a thriving tourist industry due to a beautiful landscape and abundant wildlife. But violent protests following a disputed election in 2007 hurt the country’s reputation, and then—even worse—drought and famine struck the country this year. The government response has been lackluster, the international community has been distracted by the economic crisis, and suddenly Kenya seems no longer to be the light of East Africa, but a warning to the world about the perils of ignoring climate change, government corruption, and the global food and water shortages.

(08/24/2009) Scientists have discovered that an acacia tree, long used by farmers in parts of Africa, could dramatically raise food yields in Africa. The acacia tree Faidherbia albida, also known as Mgunga in Swahili, possesses the unique ability to provide much-needed nitrogen to soil.

(07/31/2009) Three different varieties of genetically modified (GM) corn provided by the Monsanto Corporation to farmers in South Africa have been reported to be failing to seed. The company claims that “less than 25 percent” of the seeds were susceptible to the problem, and that the crop failure was caused by “underfertilization processes in the laboratory.”

Meeting food and energy demands by mid-century will be a challenge, says report

(06/25/2009) Meeting food and energy demands in a world where human population is expected to reach 9 billion by mid-century will require a range of approaches that increase the sustainability of agricultural production, reports a new assessment from Deutsche Bank’s Climate Change Advisors (DBCCA).

(05/26/2009) Over two-and-half million hectares in the Democratic Republic of the Congo; half a million hectares in Tanzania; and a quarter of a million hectares in Libya: these figures represent just some of the recent international land deals where wealthy countries buy up land in poorer nations for food, and sometimes biofuel, production. The controversial trend has sparked a recent report from the International Food Policy Research Institute (IFPRI) highlighting what nations have to gain—and lose—from participating in such deals.

(04/20/2009) The government of Republic of Congo (Brazzaville) has offered 25 million acres (10 million hectares) of land to South African farmers in an effort to improve the central African nation’s food security, reports Reuters. The area is nearly twice the amount of arable land in South Africa.

(02/05/2009) Embracing more sustainable farming methods is the only way for the world’s farmers to grow enough food to meet the demands of a growing population and respond to climate change, the top crop expert with the United Nations Food and Agriculture Organization (FAO) said today.

How youth in Kenya’s largest slum created an organic farm

(12/09/2008) Kibera is one of the world's largest slums, containing over a million people and 60 percent of Nairobi's population. With extremely crowded conditions, little sanitation, and an unemployment rate at 50 percent, residents of Kibera face not only abject poverty but also a large number of social ills, including drugs, alcoholism, rape, AIDS, water-borne diseases, and tensions between various Kenyan tribes.

Organic farming could break cycle of famine and poverty in Africa

(10/22/2008) Organic farming may offer Africa the best opportunity to break out of the devastating cycle of poverty and malnutrition parts of the continent have faced in recent decades, according to a new report from the United Nations.

(10/10/2008) While the financial crisis is grabbing headlines and the attention of world leaders, the global food crisis is far from over and poses nutritional security of poor people around the world, warns the director of an agricultural think tank.