An environmental report has revealed the Malaysian royal family is requesting permission from the Department of Environment for a new iron ore mine in the middle of one of the few remaining habitats of 15 threatened animals, including the critically endangered Malayan tiger.

The proposed project involves the deforestation and excavation of 60.75 hectares (150 acres) in the Som Forest Reserve, part of the Central Forest Spine linking four of Peninsular Malaysia’s key forest complexes. Alongside the Malayan tiger (Panthera tigris jacksoni), of which fewer than 200 remain in the wild, the Som Forest is home to the Malayan tapir (Acrocodia indica), Asian elephant (Elephas maximus), sun bear (Helarctos malayanus) and two different species of leopard.

According to the environmental impact assessment (EIA) for the proposed iron mine, the project poses a direct risk to these species, all of which are fully protected under Malaysia’s 2010 Wildlife Conservation Act. The Department of Environment did not respond to a request for comment regarding the enforcement of this law.

The planned mine would destroy an area the size of 113 football fields that comprises these protected species’ habitat. Beyond the “irreversible” loss of habitat, the EIA report highlights that these animals will be at increased risk of human-animal conflict due to them being pushed toward nearby plantations and residential areas. The report also warns of the potential for disrupting a key wildlife corridor, and the “rampant” poaching of animals in and around the project area.

In addition, the proposed site is just 500 meters (546 yards) from a salt lick that is regularly visited by a big herd of elephants along with tapirs and sun bears. Salt licks are a key resource for animals to increase their mineral intake, and also protected from any man-made disturbance under the 2010 Wildlife Conservation Act. The report states the mine will not only permanently alter the animals’ routes to the salt lick, but also risk the “total loss of functionality” of this critical resource.

Despite stating that nothing can be done to stop both the loss of habitat and negative impacts on flora and fauna — including a total of 188 fully protected species found in the proposed site — the report concludes that, with mitigation measures, the project can be implemented with acceptable environmental risks and impact.

The consultancy firm that produced the EIA report, Garuda Samudera, did not respond to a request for comment.

News of the Som Forest proposal was first reported by independent news site Malaysiakini on June 21, just weeks after the state government approved mining operations beside Lake Tasik Chini, a UNESCO Biosphere Reserve, despite the lake and its surrounding area being gazetted as a state park and permanent forest reserve. The royal heads of state had recently made a public pledge to rehabilitate the lake which has suffered under decades of nearby excavation operations. However, journalists discovered the company leading the project, Golden Prosperous Resources Sdn. Bhd., was appointed by Hanishah Ventures Sdn. Bhd., a private company owned by two members of the royal family of Pahang state, one of whom is the aunt of Malaysia’s current king.

However, it is the king’s sister, Tengku Nong Fatimah Sultan Ahmad Shah, who is running the Som Forest project. She owns the site’s mining lease and 70% of Sutera Manja Sdn. Bhd., through which she also chose to appoint Golden Prosperous Resources to mine for iron ore. The remaining 30% of Sutera Manja is owned by three other members of the Pahang royal family. Fatimah is also the point of contact for the Hanishah Ventures mining project at Lake Tasik Chini, although company documents for Hanishah Ventures do not list her as a shareholder.

The Som Forest project site was designated as a permanent forest reserve until June 2019, when it was degazetted to state land by the state government, downgrading its legal protection. Although animals, forests and Indigenous groups are protected under numerous laws in Malaysia, glaring loopholes exist; in this case, all it takes to degazette a piece of protected land is publicizing its change of status in the government gazette.

While such decisions remain in the hands of the state government, the Pahang royals have long enjoyed links with politicians. The former king, Fatimah’s father, accepted handouts of $2 million from former prime minister Najib Razak during the notorious 1MDB corruption scandal. Indeed, despite a family wealth that allows them to build billion-dollar palaces, the Pahang royals continually seek opportunities to expand upon it: of the 11 mining leases currently granted in the state, three belong to individual members of the royal family.

Journalist Clare Rewcastle Brown, who exposed the 1MDB scandal, told Mongabay: “The royal families of Malaysia operate openly in business and use their social and political influence to leverage major shareholdings in contracts generated especially within their home states and usually involving resource extraction. They effectively control the non-transparent decision making in their states to their own enormous financial advantage.”

While the value of any excavated iron ore will line private pockets, it is Malaysia’s most vulnerable who will pay the price. This mine doesn’t just pose a risk to wildlife: it will affect the entire ecosystem, including poor rural villagers.

The EIA notes that silt and sedimentation in the nearby Kerak and Pahang rivers could increase during site clearing and mining, posing a risk to villages downstream that depend on aquaculture. Residents are also at risk of losing their homes and lives due to the possible increase in the frequency of flash floods, which often accompany deforestation. 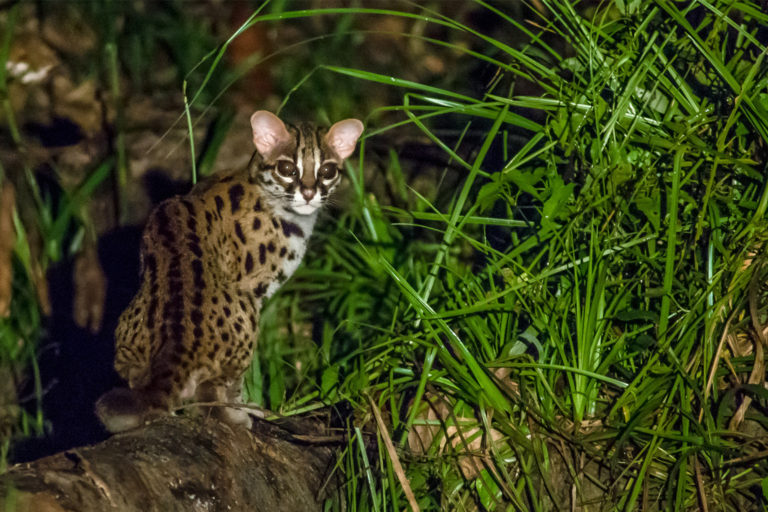 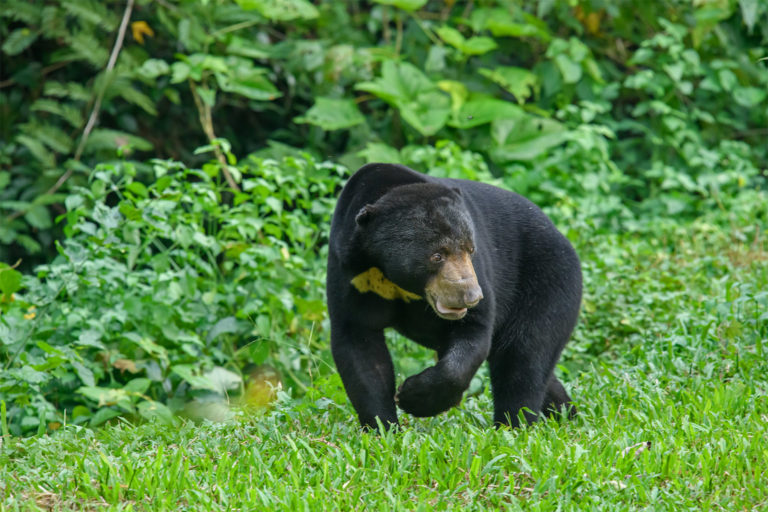 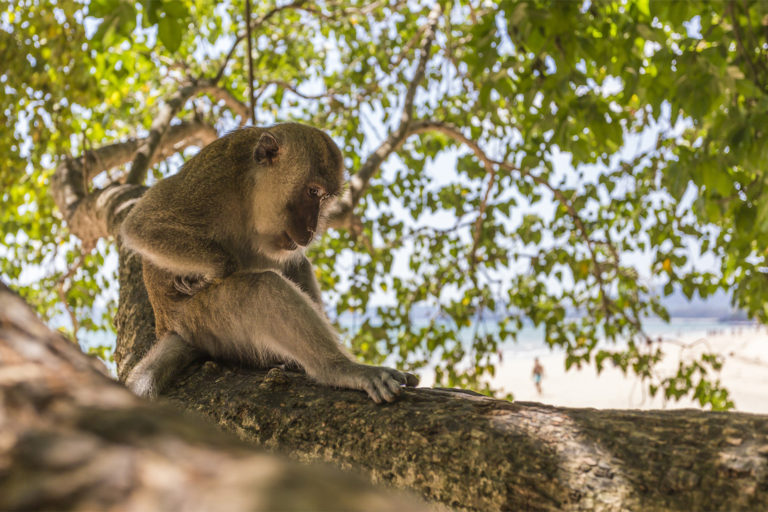 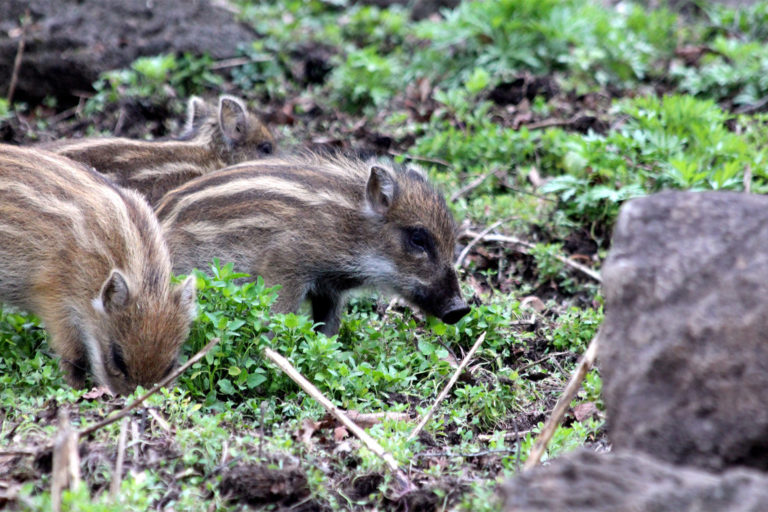 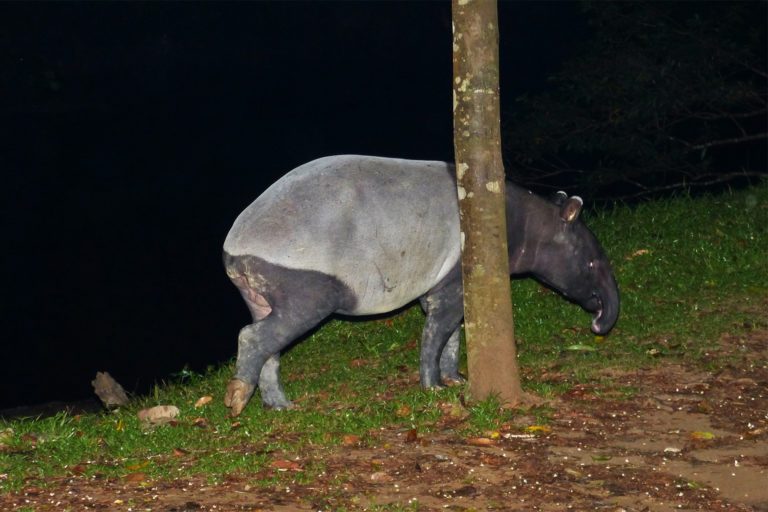 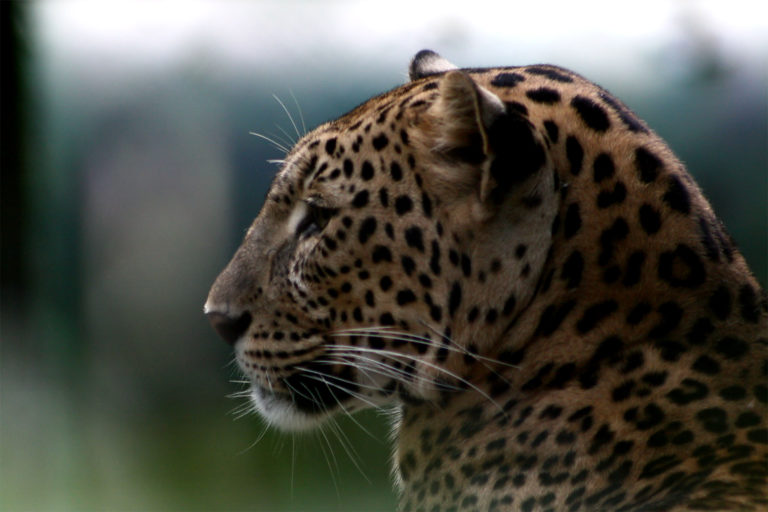 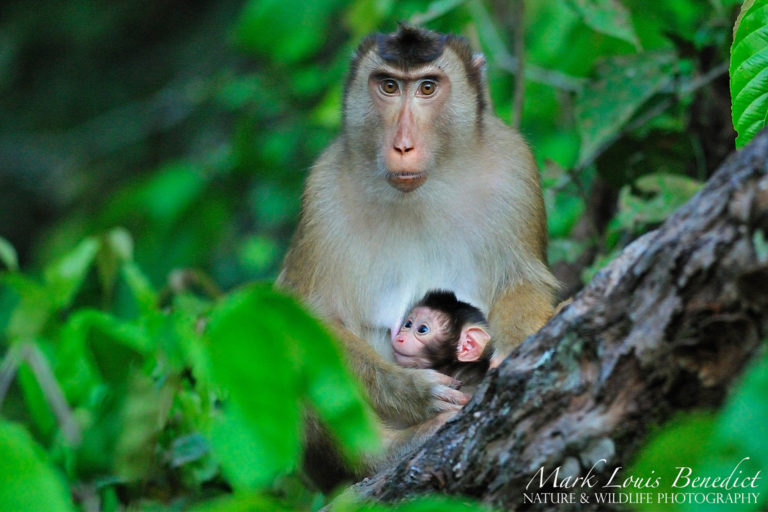 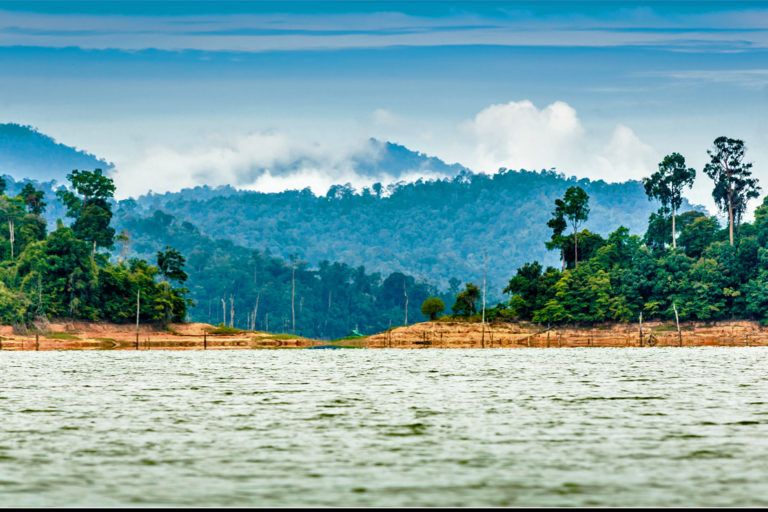 The mining project is due to last two years, but the damage will persist long after. The EIA recommends necessary land rehabilitation to combat continued environmental disturbance after the project has wrapped up. While some of the rehabilitation can be carried out alongside the mining itself, the EIA clearly states that revegetation of the land will likely require continued waste treatment and regular fertilizer inputs due to the high toxicity of mine waste. However, in the proposed project timeline, there is no indication of a plan to continue this rehabilitation after the mine shuts.

Golden Prosperous Resources did not respond to questions from Mongabay.

The project is awaiting approval from the Department of Environment and, thanks to its royal backers, can expect little in the way of public resistance; portraying the royals in a negative light is enough to land a citizen in jail in Malaysia. These gag laws make it very difficult for politicians, activists and citizens to protest projects bearing the royal stamp of approval. In early June, for example, Malaysia’s Muda youth movement slammed officials for allowing the continued exploitation of Tasik Chini — but did not berate the royal family for its role in the exploitation.

“The richer they have become the more influential it has made them so that people are now fearful to speak in terms that are not groveling let alone critical because of what might happen to them,” Rewcastle Brown said. “In particular there is a willingness on the part of the police and judiciary to abuse old-fashioned sedition laws to arrest and prosecute people just for speaking critically about such practices.”

Projects like these are extremely common in Malaysia. Despite the Som Forest being a gazetted as a forest reserve, the EIA report reveals there are many other mines, plantations and logging projects neighboring the site, which is secondary forest itself, having been logged just decades ago. Indeed, just 23 days after submitting this proposal, Golden Prosperous Resources submitted another to log 124.38 hectares (307.35 acres) of the Bukit Ibam Forest Reserve. Details of this EIA are not yet available to the public.