Timor-Leste: Q&A with a Maubere fisherman on reviving depleted fisheries

by Bikash Kumar Bhattacharya on 31 October 2018

Communities across Timor-Leste have traditionally depended on subsistence fishing, in addition to farming of crops and livestock, for their livelihoods. Commercial fishing in the fledgling Southeast Asian nation is still in anascent stage. Located in the heart of theCoral Triangle, Timor-Leste is now working toward developing a sustainable fisheries sector with support from international donors.The Timor-Leste government’s Strategic Development Plan (2011-2030) calls for an increase in fisheries productivity to enable diversification of the island nation’s oil-dependent economy. Local and national efforts have been underway to figure out how to sustainably tap the country’s fisheries and other valued marine resources.

In one of the most interesting and successful local efforts, several communities across the country have been reviving the ancient customary law of tara bandu. Tara bandu is a means of regulating the use of natural resources common to Timor-Leste’s various indigenous tribes, who refer to themselves collectively as Maubere.

In northern Timor-Leste, on the shore of the Wetar Strait, locally known as the Tasi Feto, the village of Biacou revived tara bandu in 2012 to protect and better manage its fisheries and coral reefs. The village’s tara bandu law designates several no-fishing zones, bans the destructive fishing techniques of bombing and poisoning, and prohibits the capture of certain marine species, such as sea turtles and corals.

Six years have passed since Biacou established its tara bandu. To understand how the revitalized tradition has affected Biacou’s coastal fisheries and fisherfolk, Mongabay spoke to Fernando da Costa, a seasoned fisherman from the village.

Mongabay: How long have you been a fisherman and what made you decide to take up fishing as your occupation?

Fernando da Costa: I’m 65 years old and I’ve been a fisherman since I was a little boy. You can say I’ve grown up on the Tasi Feto waters. My father was a fisherman and so was his father. Basically, I come from a fisherman’s family. So it was pretty natural that I chose fishing as my occupation. Timor-Leste was under siege until 1999 — that’s when the Indonesians left, leaving us in shambles. We had few livelihood [options] other than fishing, farming and livestock rearing. And I chose fishing, going by the family tradition.

Walk us through the day-to-day life of a fisher in Biacou.

Fishing activities mostly take place during early morning and late afternoon hours. That’s the best time to catch fish. I start off in my outrigger canoe before daybreak, sometimes with an assistant and sometimes alone. By the time I reach my fishing spot, it’s already morning. On any normal day, I operate for five to six hours and return to shore with the catch. In the afternoon, I sell a part of the catch in the village market and keep the rest for my family.

For women fishers, it’s a bit different. They mostly focus their activities in the inter-tidal zone, collecting mollusks, crabs, small fish and varieties of seaweed. They can work at any time of the day, whenever it suits them.

What is the general condition of the fish stock in Biacou? From your decades of experience fishing here, do you think the fish stock has been depleted over the years?

In Timor-Leste, it is mostly the southern coast where fishing is significant. There is plenty of fish over there. You’ll also find big game fish like giant trevally, yellowfin tuna, Spanish mackerel and marlin. Commercial fishing has also [flourished] there in the recent years.

But here in the northern coast in general and in my village in particular, what we do is small [artisanal] fishing. That is, we sell a part of our daily catch in the local market and consume the rest. For us there has always been enough fish for a steady catch. But, yes, over the years, the fish stock in this part of the Tasi Feto has [been] depleted. Like when, as a boy I accompanied my father in the fishing boat, the sea was literally teeming with fish, which is evidently no longer the case. 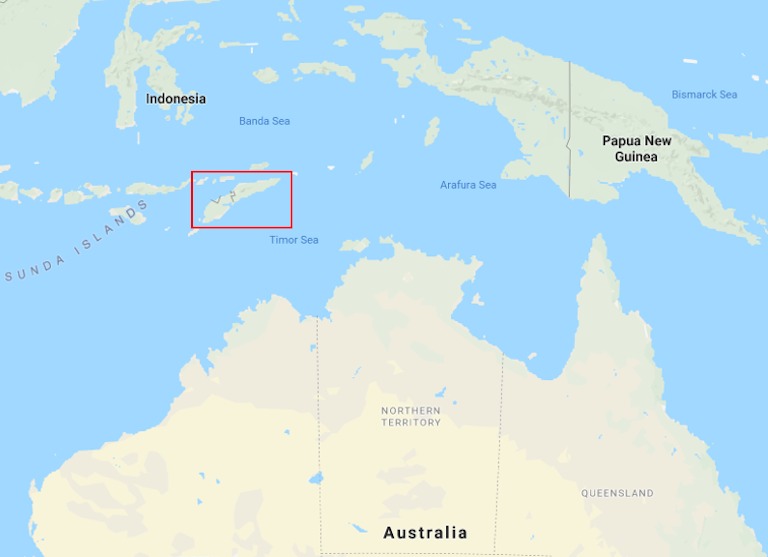 What are the tools you use for fishing?

We have been fishing for generations and the tools we use for fishing are varied. Depending on the fishing ground, one could use handlines, gill nets, longlines and spear guns … plaited fish traps and stone enclosures that use tidal action.

As for me, I mostly bank on gill nets and fishing rods.

In Biacou, some fishers also practiced blast fishing and fish poisoning. But this has stopped since [the revival of] tara bandu in 2012.

How has the law affected you and other fishers in the village?

Tara bandu is an age-old sacred Maubere tradition. It teaches us the judicious use of natural resources.

Tara bandu has affected the fisherfolk in a significant way. After the law designated no-fishing zones in the nearshore fisheries, the only viable option we were left with was to go [fishing] to the relatively deeper waters beyond the protected zones. This was something we didn’t do earlier and I was initially a bit scared. But gradually I got along. Now every fisherman in the village ventures to deeper waters for fishing.

Do you think the establishment of the tara bandu law has pushed you and other fishers into the riskier business of fishing in deeper waters?

Yes, that’s true. Given the traditional outrigger canoes we use, and the lack of safety measures in them, it’s pretty dangerous to move to the deeper seas. But the idea behind the establishment of no-fishing zones —replenishing the fish stock — is noble and [meant] to help the fishermen. So I’d like to believe that in the long run it will be really beneficial for us, the fisherfolk.

With the tara bandu restrictions on fishing in place for the last six years, is there any noticeable change in the fish stock in the protected areas?

There has yet to be an assessment of the change in the fish stock and in the health of the coral reefs and the fish since establishing tara bandu. That’s something we require urgently. Because we really need to know what results tara bandu rules have produced so far in these six years. We have already suggested to the village leaders overseeing tara bandu about the urgency of the assessment. I hope they’ll soon deliberate on the issue.

From what I’ve observed, I can tell you that there’s been a significant positive change in the fish stock and fish health in the protected areas. I’ve often witnessed fish aggregating in large numbers in these areas.

Should the tara bandu regulations continue?

AsI said, what is needed in earnest at this moment is an assessment of the fish stock. That will decide the future of the tara bandu regulations. We, the fishermen here, believe once the fish stock is rebuilt sufficiently, there should be a relaxation on fishing restrictions and the no-fishing zones have to be opened for fishing activities.

How do you see the future of the fishing tradition in Biacou?

Biacou has a long, sustainable fishing tradition and it will surely continue. We know how the ecosystem works. Like we know when a particular species breeds and therefore we refrain from harvesting them; we know when the proper time to fish is; we know the sacred spots where we should never fish.

As long as this traditional knowledge is intact, the fish stocks and the traditional fisher communities are secure.

Bikash Kumar Bhattacharya is an independent journalist based in Assam, northeastern India. In addition to Mongabay, he has written for The Diplomat, Buzzfeed India, Scroll.in, Down To Earth, The NewsLens International, EarthIsland Journal and other publications.

Editor’s note: This interview has been translated from Kemak and lightly edited for clarity and length.