by Junaidi Hanafiah on 17 July 2017 | Adapted by Isabel Esterman

Indonesia’s Leuser Ecosystem — one of the largest expanses of tropical rainforest in the world and an ecological hotspot celebrated as the last place on earth where orangutans, rhinos, tigers and elephants coexist in the wild — faces mounting pressure from agriculture, industry and infrastructure expansion.

Earlier this month, the UNESCO World Heritage Committee voted unanimously to retain the Tropical Rainforest Heritage of Sumatra (THRS) on its List of World Heritage in Danger. This designation is reserved for sites facing “serious and specific dangers” such as large-scale public or private projects that threaten the future existence of the property. The THRS, a tract of globally significant rainforest that includes part of the Leuser Ecosystem as well as other forests on Indonesia’s main western island of Sumatra, was in 2004 recognized as a World Heritage site for its extraordinary biodiversity, but has been inscribed on the danger list since 2011.

Although the Leuser Ecosystem is recognized globally and at the national level for its ecological significance, the Aceh provincial government’s 2013 land-use plan does not mention the ecosystem. Around 87 percent of the Leuser’s 2.6 million hectares (~10,000 square miles) falls within Aceh (with the rest in North Sumatra), and officials the semi-autonomous province argue they have the right to develop the area.

Protests over the Gayo Lues dam

Planned projects within the ecosystem are also facing challenges closer to home.

One such development is a hydroelectric power plant in Tampur, Gayo Lues Regency, part of the Leuser Ecosystem.

The planned 428-megawatt dam will be 173.5 meters (570 feet) high, with a reservoir capacity of 697.4 million cubic meters (24.6 billion cubic feet). The plans also call for 4,000 hectares (15.4 square miles) to be flooded, and the construction of a network of high-voltage transmission lines.

Although 4,000 hectares of the Leuser Ecosystem will end up under water and dozens of families will have to be relocated, the committee responsible for reviewing environmental impact assessments (EIAs) in Aceh has approved the project.

In a Dec. 28, 2016 hearing, the Aceh EIA Analysis Commission stated that hydroelectric development plans in the regencies of Aceh Tamiang, Langsa City, East Aceh and Gayo Lues were acceptable and environmentally suitable, provided the documents be revised to reflect the advice of members of the technical team and the EIA commission.

The Tampur Dam faces opposition by Gayo Lues residents organized into the Forum of Caretakers of the Forest and the Harimau River (FPHSH), Pining. In a statement, forum chairman Aman Jarum called for a halt to the destruction of the Leuser for any reason.

“There are no guarantees that projects carried out by foreigners do not include destructive activities. For the people of Pining, the forests are a part of life,” said Jarum, who has previously sued Indonesia’s interior ministry, and Aceh’s governor and parliament, for not including the Leuser Ecosystem in the Aceh land-use plan.

Opposition to the dam underscores that the Leuser is not just a critical spot for wildlife. It also serves as a life-support system for some 4 million people in Aceh and North Sumatra.

According to Jarum, the proposed dam site is rich in plant and animal life, as well as serving as a valuable source of river fish. The project threatens the traditional wisdom and way of life of the local people, he said. “This area is vulnerable to disasters if the forest is destroyed.”

Jarum also questioned to where iconic animals like the Critically Endangered Sumatran elephant and tiger would be relocated. “This area is home to numerous protected animals,” he said.

The Orangutan Information Center’s Hadsiswoyo also emphasized that construction of a high-capacity hydroelectric power plant will have negative impacts on both the people and animals in the area.

The livelihoods of the people of Gayo Lues, East Aceh and Aceh Temiang have traditionally relied on fish from the river system which will be dammed, Hadsiswoyo said. “People also gather non-timber forest products like rattan and honey in the Tampur area.”

Tampur is a key wildlife habitat within the ecosystem, especially for orangutans, elephants and Sumatran tigers, Hadsiswoyo added. “If wildlife habitat is damaged, conflict between humans and wildlife will increase.”

In addition to Tampur, a 180-megawatt hydropower dam is planned for South Aceh Regency. This project, known as Kluet 1, is the product of Chinese-Indonesian consortium PT Trinusa Energy Indonesia, with a total investment of 5.6 trillion rupiah ($420 million).

“PT Trinusa Energy Indonesia just recently received from the Aceh forestry service a recommendation for a permit to use protected forests, for geological surveys,” said Muhammad Nur, Aceh director of the Indonesian Forum for the Environment (Walhi). “The fact on the ground is that this company is cutting trees on the riverbank to set up a base camp and helicopter landing pad, as well as rock drilling.”

The South Aceh regent also granted PT Trinusa Energy a land-use permit in February 2016. However, the land-use planning law for South Aceh was not approved by the local parliament until September 2016.  This, Nur explained, means the South Aceh regent issued a permit for Kluet 1 before the relevant legislation existed.

The Orangutan Information Center has found an orangutan population in area where the dam is planned. “If the Kluet hydropower plant is built, orangutan habit in this area will be disturbed,” said Hadsiswoyo.

Aceh province does need energy, but not necessarily a giant power plant, Hadsiswoyo argued, pointing to other countries that have moved away from building large hydroelectric dams. “Better to build micro-hydro in large numbers. In addition to not disturbing the environment, it also doesn’t depend on one source. Aceh also has other energy sources, such as wind or solar power,” he said. 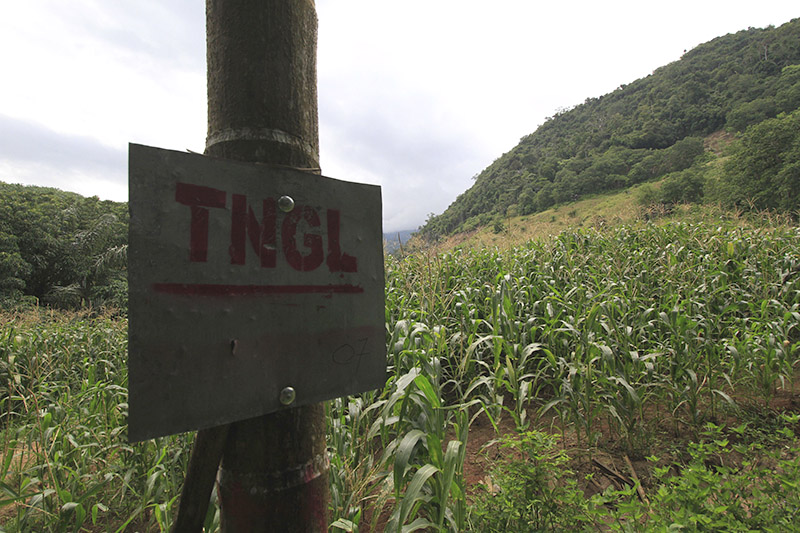 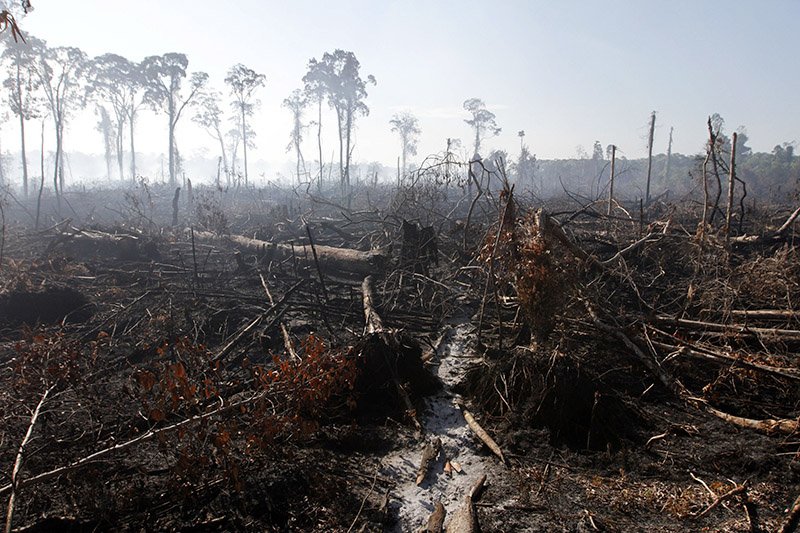 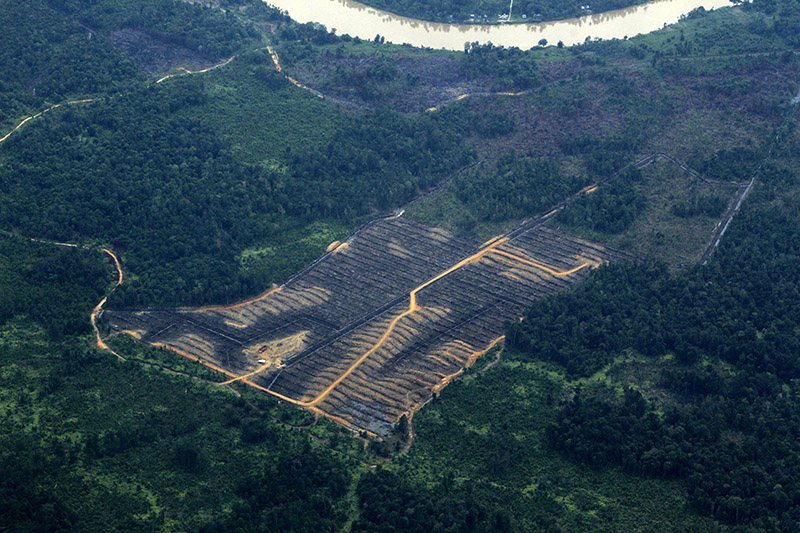 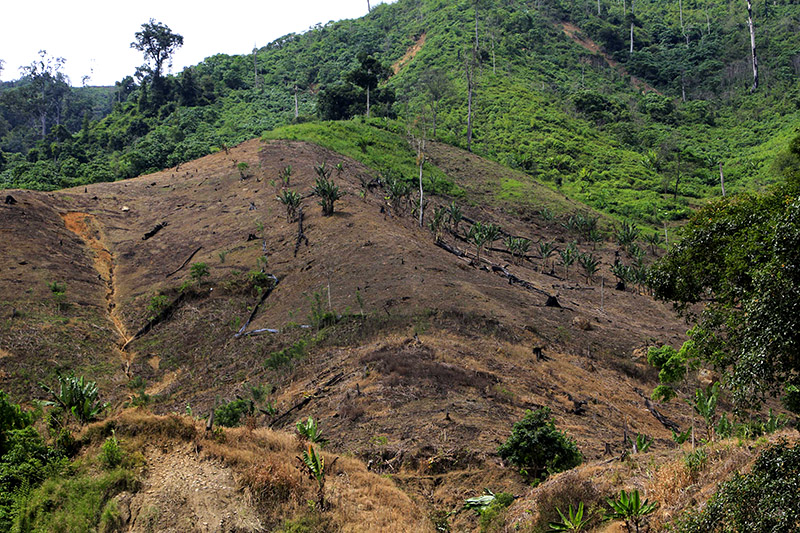 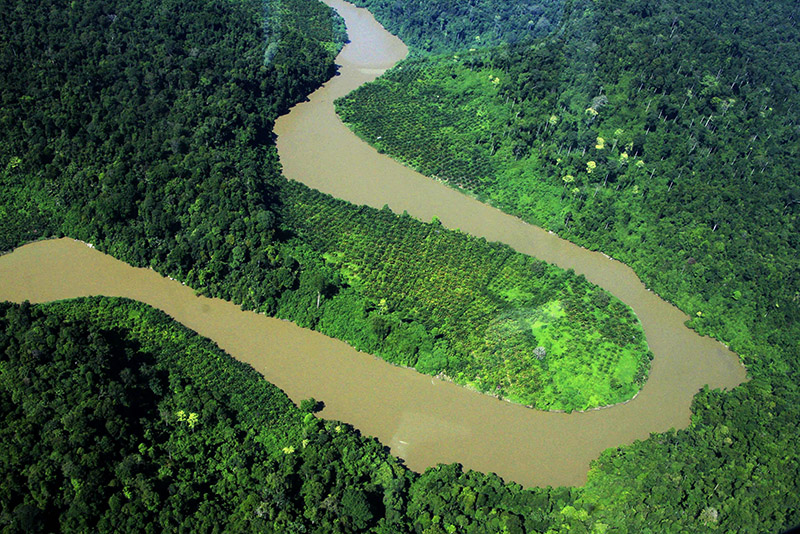 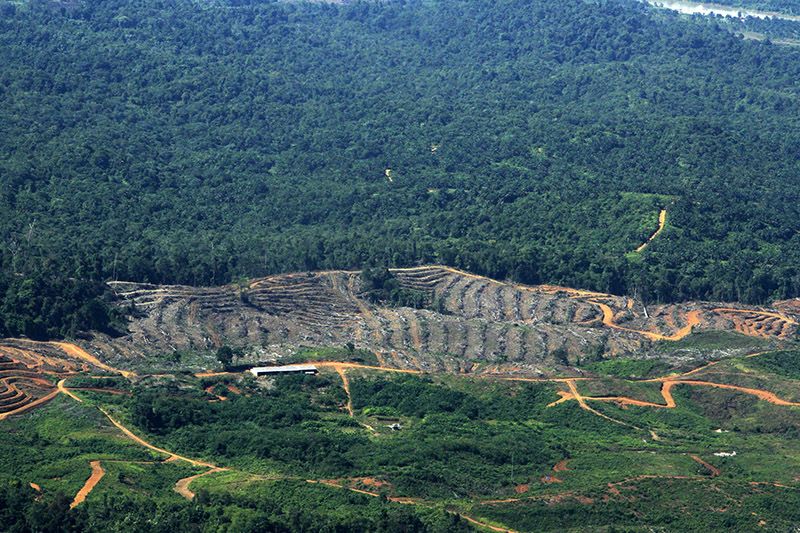 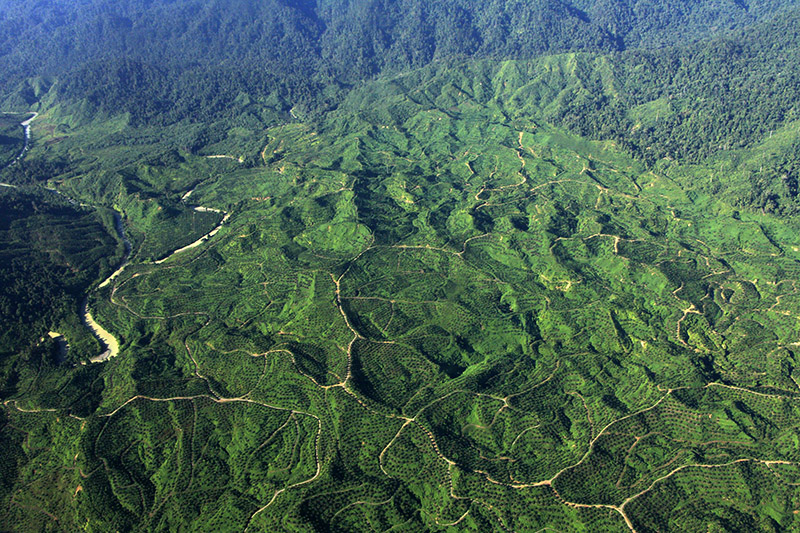 Other threats to the ecosystem

A controversial plan to build a geothermal plant in the heart of the Leuser appears to be on hold for now. Aceh Governor Irwandi Yusuf said in March that he would revoke the proposal, which involved re-zoning a core area of Mount Leuser National Park to allow a Turkish company to drill for geothermal energy there. Green groups are, however, awaiting a more binding commitment to definitively quash this project and other such proposals that may arise in the future.

For now, plans to build roads through Mount Leuser National Park also appear to be on hold.

In the meantime, other forms of encroachment and destruction continue.  Geographical Information System (GIS) monitoring by green group Forest, Nature and Environment of Aceh — better known by its Indonesian acronym Haka — shows that Leuser lost more than 22,000 hectares of forest cover between January 2015 and April 2017, including more than 1,800 hectares in the first four months of this year.

Efendi Isma, spokesperson for Aceh Forest Coalition (KPHA) said perpetrators of illegal activities in the park must face sanctions: “Law enforcement actions must be taken against encroachers. Otherwise, the perpetrators are free to open up land for oil palm, maize, rubber and other purposes.”

This story was reported by Mongabay’s Indonesia team and was first published on our Indonesian site in a series of articles on June 12, July 4 and July 8, 2017.

Correction: this article has been updated to correctly spell Panut Hadsiswoyo’s name.