Conservation areas, such as national parks and nature reserves, are a key component of tropical forest conservation, safeguarding natural ecosystem processes and threatened species. However, many designated conservation areas include human settlements and other disturbance, which in some cases leads to conflicts between socio-economic and conservation objectives.

A case in point can be found in Vietnam, a biodiversity-rich hotspot. To address declining biodiversity caused by habitat loss, Vietnam has established a system of 30 national parks and 126 nature reserve areas. Even with this commitment, recent decades have seen a decline in forests and the listing of 350 tree species as “threatened” to a varying degree.

Despite this increase in vulnerability, there have been few studies that examine the abundance of IUCN and Vietnamese red-listed tree species in various types of protected areas, even though this data could help to improve the effectiveness of biodiversity conservation.

A recent study, published in mongabay.com’s open access journal Tropical Conservation Science, examined Vietnam’s red-listed tree species richness in different conservation zones to determine whether or not human activities were having a negative impact on these trees and their habitat. 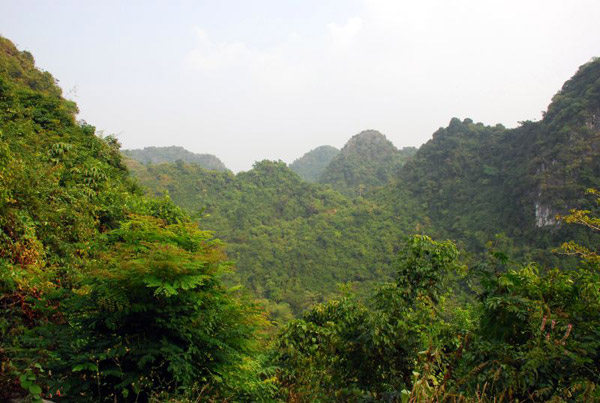 This research took place in the Ta Xua Nature Reserve in North-western Vietnam, with the team analyzing the abundance of red-listed tree species within three zones, each with different levels of protection. The study area included: (1) a core zone that is strictly protected allowing no human uses; (2) a buffer zone that is managed by locals for low intensity traditional uses such as light tree cutting and minimal crops; and (3) a protected forest restoration zone that is populated and cultivated by locals.

Most red-listed species, such as Fujian Cypress (Fokienia hodginsii), reached their highest densities in the core zone, but one species (Quercus platycalyx) was quite abundant in the restoration zone.

The study authors concluded that “the richness and abundance of both red-listed species and all tree species in our study area decreased from the core through the buffer to the restoration zones, which indicates a decline in tree species richness and abundance with human interference.” These results have been duplicated in protected tropical forests in Mexico, India, and the Amazon.

The scientists concluded that, “Our data indicate that conservation effectiveness is related to the level of statutory protection afforded to a particular area, with full protection ensuring more robust conservation outcomes.” They recommend that there be stricter controls in certain protected areas. The buffer zone, for example, saw logging above regulated levels. The authors write that, “From a conservation point of view, low selective logging intensity seems to represent a better protection measure for threatened species than shifting cultivation.”