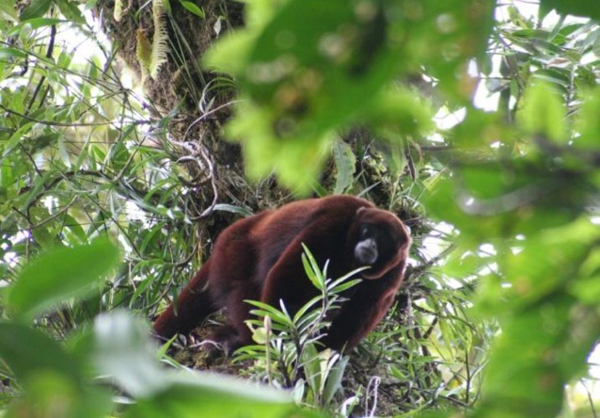 The paper, described by the authors as “one of the few existing studies of the impact of locally run, landscape-level conservation initiatives on local fauna,” showed that involving local communities in conservation efforts increased populations of the yellow-tailed woolly monkey (Lagothrix flavicauda) near the town of La Esperanza in northeastern Peru.

Both deforestation and a growing human population threaten tropical primates. In the Americas, the yellow-tailed woolly monkey is one of the largest and rarest primate species. It inhabits a small area of moist, high-altitude forest in northeastern Peru. The IUCN lists the species as Critically Endangered, but the number of yellow-tailed woolly monkeys remaining in the wild is unknown. 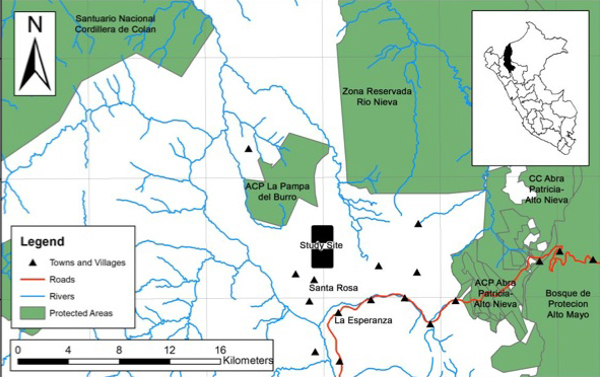 The Yellow-Tailed Woolly Monkey Project, overseen by the UK-based charity Neotropical Primate Conservation, , promotes conservation of the species through education, the establishment of community-run reserves, reforestation, and the development of income-generating projects for local people. The project, initiated in 2007, assisted local people in establishing a private conservation reserve called La Pampa del Burro. In 2008, community members collectively voted to limit hunting and reduce deforestation, citing values such as concern for future generations, appreciation of spiritual value, and social justice as incentives for these new policies. 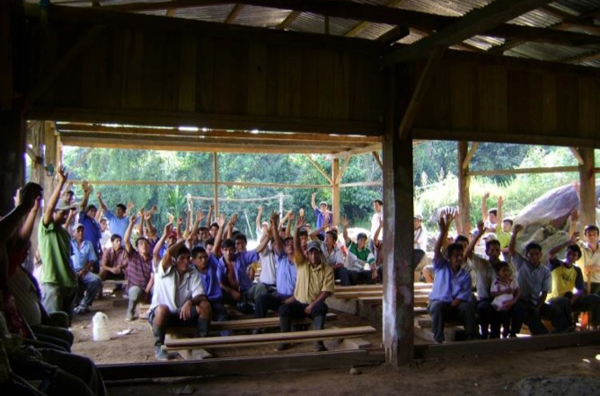 To assess whether these measures actually helped protect the monkeys, project scientists conducted field surveys in forests with and without evidence of human disturbance near La Esperanza. Observers walked each of four predetermined transect lines totaling 5.6 miles an average of 38 times. Along the way they recorded monkey sightings, as well as audio and indirect detections from feces or food remains. This survey replicated an earlier one conducted in 2008, soon after the conservation program was implemented. The study also mapped forest cover change over time by examining satellite imagery from 2007 and 2013.

The study documented small, non-significant increases in the number of adult monkeys and the density of monkey groups within the study area over the five-year period following the community-imposed reduction in hunting and deforestation. It also documented significant increases in the size of monkey groups and the number of juveniles and infants, which increased by 21, 53, and 81 percent respectively. The researchers found no significant increase in deforestation within the survey area during this time period, despite the construction of a new road nearby. 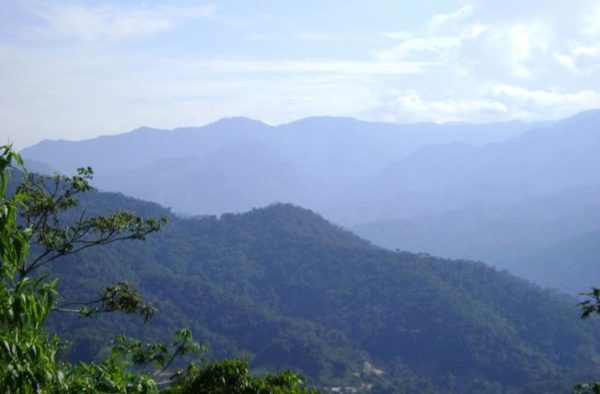 The term "community conservation" describes initiatives that encourage local ownership and care of natural resources by incorporating and valuing community knowledge. While often focused on small-scale projects, community conservation strategies have the potential to be applied at the landscape level, encompassing entire regions, the authors write.

The study suggests that community conservation can present a compelling alternative to complex and high-cost government programs in Peru, going so far as to state that where the yellow-tailed woolly monkey is concerned such projects “could be the most important factor for the survival of this species.”