Is the world moving backwards on protected areas?

Protected areas are undoubtedly the world’s most important conservation success story, and recent research shows that protected areas are effective—housing more biodiversity and greater abundances of species inside rather than out. But, despite this, progress on protected areas is stalling and in some cases even falling behind. According to a sobering new paper today in Nature, only 20-50 percent of the world’s land and marine protected areas are meeting their goals, while the rest are hampered by lack of funding, poor management, and government ambivalence. The paper arrives just a few days before the opening of the IUCN World Parks Congress 2014, a global event that happens once a decade.

“Protected areas offer us solutions to some of today’s most pressing challenges, but by continuing with ‘business as usual,’ we are setting them up for failure,” said lead author James Watson of the Wildlife Conservation Society and the University of Queensland. “A step-change in the way we value, fund, govern and manage those areas is neither impossible nor unrealistic and would only represent a fraction of what the world spends annually on defense.” 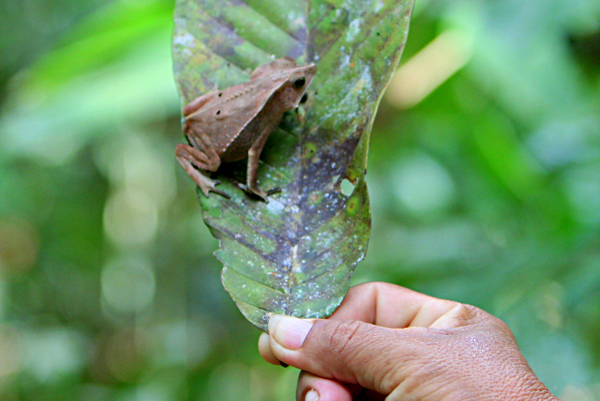 Yet even land-based parks are not adequately safeguarding the world’s many ecosystems. For example, over 60 percent of the 300 identified terrestrial ecoregions do not have 17 percent coverage. The numbers are even worse in the oceans: here, only 20 percent of ecoregions have 10 percent or more of total coverage and nearly half have less than one percent. Such lack of equal coverage means many species are left out.

“A recent global analysis of all threatened birds, amphibians and mammals found that 17 percent are not found in a single protected area and 85 percent do not have sufficiently large populations in protected areas to give them a reasonable chance of long-term survival,” reads the paper.

But even when protected areas are established, they often suffer from a lack of government support. Lack of resources, mismanagement, piddly funding, and a rising trend in governments actively weakening, cutting down, or even abolishing protected areas for industries such as mining and logging means that the world’s parks rarely live up to their conservation potential.

“Under-resourcing of protected area management is the primary reason for poor performance in protected area effectiveness, especially in the developing world,” write the paper’s authors. “Fewer than 6 percent of the countries reporting to the CBD in 2003 indicated that resources for management of protected areas were adequate.” 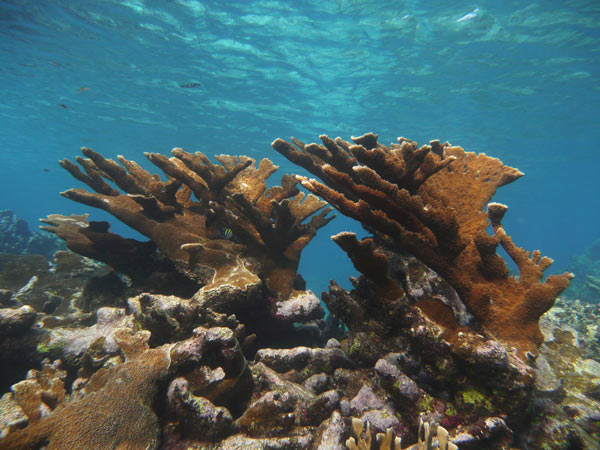 Glovers Marine Reserve off the coast of Belize. Photo by: Caleb McClennen/WCS.

Many protected areas in the developing world have been dubbed so-called “paper parks,” i.e. parks in name only. Corruption, conflict, growing populations on the borders, illegal logging and poaching are all taking a toll on parks that have little funding and few staff to deal with these threats.

But it’s not just the developing world.

“Inadequate financing of protected areas is also becoming increasingly prevalent in some of the richest countries, such as Australia, the United States and Canada, where major reductions in staffing levels and funding have been recently observed,” the scientists write.

It’s also not just little known parks and regions that are facing challenges and stuck with lack of resources, but some of the most famous—and beloved—parks in the world.

The experts estimate that it would cost between $45 and $75 billion annually to adequately fund the world’s protected areas—including expansions pledged under the Convention for Biological Diversity (CBD). At the low end, this is 2.5 percent of the world’s annual military spending.

“It seems sensible to invest an amount equivalent to a tiny percentage of global military spending to help provide security for humans and all other living organisms on Earth through a system of marine and terrestrial protected areas that is operating at its full capacity,” argue the researchers.

Finally, a number of parks are facing governments hostile to their very existence. In a trend known as Protected Area Downgrading, Downsizing, and Degazettement (PADDD), parks are facing not only weakening of borders and regulations, but sometimes the axe entirely.

“The Arabian Oryx Sanctuary in Oman was removed from the World Heritage List after the government reduced the size of the reserve by 90 percent to allow for oil and gas extraction,” reports the paper.

The paper also points to oil exploration inside Uganda’s Murchison Falls National Park, uranium mining in what used to be a part of Selous Game Reserve in Tanzania, and chopping off parts of Yugyd Va National Park in Russia for mining.

“Developed countries are not immune to PADDD, as witnessed in Australia in recent years with the opening up of parks to allow industrial logging, livestock grazing, mining, recreational hunting and fishing,” write the authors.

At the same time, many of the world’s governments are not respecting how much protected areas contribute. While in many cases the full range of benefits provided by protected areas are not calculated, even looking at just tourism the numbers can be staggering.

“In Australia, the 2012–13 budget for the Great Barrier Reef Marine Park Authority was approximately Aus$50 million, but tourism to the reef was worth more than Aus$5.2 billion annually to the Australian economy…In 2009, the Canadian government spent Can$800 million, but the contribution to the economy was Can$4.6 billion and supported the employment of 64,000 people…In the Eastern Arc Mountains in East Africa, one-third of protected areas do not receive the minimum funds necessary to be effective reserves, even though it would only require reinvestment of 13% of the revenue raised through protected area tourism in Tanzania to fully fund the protected area estate,” write the authors. 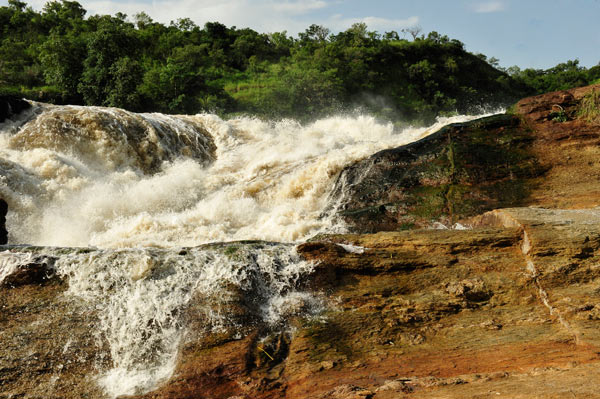 The paper offers a number of recommendations to turn the trend against protected areas around. In addition to boosting funds for protected areas, they say much could be achieved by governments simply living up to past pledges and international agreements. Also, they write that “policies should be aligned within government so that the actions of ministries dealing with development, resource extraction and agriculture do not undermine those of ministries concerned with the environment and conservation.”

The authors suggest that new funding sources—both public and private—should be sought to help faltering protected areas live up to their potential.

“The growth of the modern global protected area movement over the last 100 years is arguably the greatest conservation achievement,” noted Julia Marton-Lefèvre, IUCN Director General, who was not involved with the paper. “It is also increasingly important for livelihoods and global security. The key now is for countries to recognize the return on investment that protected areas offer and realize that those places are fundamental to the future of life on earth. This is exactly what we hope to achieve at the upcoming IUCN World Parks Congress.” Deforestation on the edge of Nam Et-Phou Louey National Protected Area in Laos. Photo by: Rhett A. Butler.

(09/15/2014) Protected areas are working. That’s the conclusion of a new analysis of over 80 different studies on the efficacy of parks and nature reserves in safeguarding wildlife. Published in the open access journal, PLOS ONE, the new study finds that in general protected areas house higher abundances of wildlife as well as greater biodiversity than adjacent areas.

(11/04/2014) Over the last century, 91.7 percent of all changes to protected areas in Kenya have involved reductions in their area, known as downsizing, which is an unusual and remarkable statistic from a global perspective. Analyses show, however, that a variety of factors—including some that which occurred half a century ago—could be responsible for the status of forests in Kenya today.

(10/31/2014) Brazil has reserved about 17.6 percent of its land (1.5 million square kilometers) to receive protection from unauthorized exploitation of resources. However, despite significant expansions in protected areas since the mid-2000s, the formation of Protected Areas has stagnated in the country since 2009, and many have had their protections completely revoked.

(10/29/2014) A few weeks ago, a remote aboriginal community in western Australia made headlines when it completed the establishment of an Indigenous Protected Area (IPA) containing over 4.2 million hectares of desert and grassland. The Kiwirrkurra IPA, as the area is known, is billed as the largest protected expanse of arid land on Earth.

(10/29/2014) In India’s central state of Madhya Pradesh lie 500 square kilometers (200 square miles) of protected land demarcated as the Panna Tiger Reserve. Recently, however, its protection status has been questioned, and global-scale analyses show Panna is far from alone among India’s many threatened Protected Areas.

(10/28/2014) The Cross River Gorilla, the rarest and most threatened of gorilla subspecies, has reason to cheer. Last month, on September 29, the Prime Minister of Cameroon, Philemon Yang, signed a decree to officially create a new protected area – Tofala Wildlife Sanctuary – in the southwestern part of the country.

How protected are they? Report finds world’s Protected Areas may relax, shrink, even completely disappear

(10/24/2014) Deep in the dark, cool forests of Ecuador and Colombia live strange and mysterious organisms. Some inhabit the trees and others stay to the ground, and many are threatened by human encroachment. Because of this threat, Rainforest Trust has launched a Halloween fundraising drive to help pay for the creation of the Dracula Reserve–named for its dramatic inhabitant, the Dracula orchid.