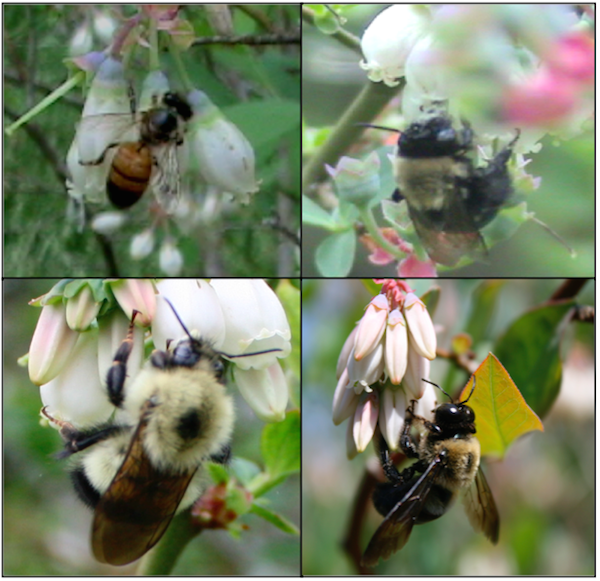 For each additional type of bee that visited the fields, the team found that crop yields increased by $311. The researchers attribute this to the fact that different types of bees are active at different times of the day and target different plants, providing more thorough pollination than just one type alone.

“For North Carolina blueberries as a whole, we calculate the benefit of each group to be approximately $1.42 million worth of yield each year,” said Hannah Burrack, co-author of the study.

To the researchers’ surprise, they found that the impact of each group of bees depended on bee behavior during unpredictable spring weather. Honeybees, for instance, were noted to perform at their best only on warm, calm and sunny days, whereas southeastern blueberry bees worked well regardless of weather conditions.

“This can make a big difference, since blueberries bloom in March and April in North Carolina,” Burrack said. “That means the weather can swing from great to awful, as we saw this year.”

Might the results of this study push farmers to deliberately introduce alien bee species to their farms in an effort to increase bee diversity and, consequently, their profits?

On the contrary, the scientists hope it will encourage farmers to support and boost wild bee communities that are already present and adapted to their local ecosystems. Managed bee populations are often less resilient than their wild counterparts, whether they are native or non-native. In addition, their presence may actually harm wild bees.

“When closely related managed and wild bee species mingle, the consequences can be disastrous for the wild bees,” Rogers said. She referenced the case of Franklin’s bumblebee, a species listed as Critically Endangered by the IUCN due to its precipitously declining numbers. Research has suggested that commercially-reared bumblebees that were introduced into the Franklin bumblebee’s native range carried pathogens from their rearing facilities. As Franklin’s bumblebees were closely related to the reared bees, they were highly susceptible to the diseases and experienced high rates of infection. 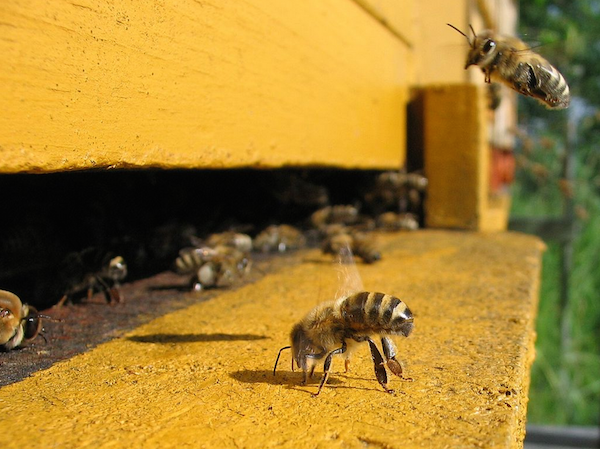 The Agriculture and Consumer Protection Department of the Food and Agriculture Organization of the United Nations estimated the worth of honeybee pollination for global crops production as approximately $200 billion in 2005. Colony collapse disorder (CCD) is wiping out western honeybee colonies in many countries, with regional mortality rates as high as 90 percent. It is not yet clear what is causing CCD. Photo by Björn Appel.

In addition, this study has heightened relevance to farmers in light of decreasing honeybee numbers, most notoriously due to the notorious yet still mysterious colony collapse disorder. This phenomenon, which affects only honeybees, is characterized by worker honeybees suddenly and permanently abandoning their hives over the winter. Because of this, mortality rates for commercial beehives have risen substantially in recent years, with approximately a third of all commercial hives in the U.S. affected every year. According to the study, healthy and diverse wild bee populations may help stabilize crop pollination against this decline.

The scientists expect blueberry farmers to see an increase in crop productivity with the presence of more bee species regardless of region, and hope their findings will help incentivise farmers to better manage pollination on their own farms. However, they caution against applying this principle to other crops due to agricultural differences, and call for more research on the subject.