Although whales are the biggest animals on the planet, scientists have found in difficult to count them. But a new study in PLOS ONE may change this: researchers tested the idea of counting whales using high resolution satellite imagery. Employing a single image from the WorldView2 satellite, scientists went about counting a pod of southern right whales in the Golfo Nuevo off the coast of Argentina.

“This is a proof of concept study that proves whales can be identified and counted by satellite. Whale populations have always been difficult to assess; traditional means of counting them are localized, expensive and lack accuracy,” explained lead author Peter Fretwell from the British Antarctic Survey (BAS). “The ability to count whales automatically, over large areas in a cost effective way will be of great benefit to conservation efforts for this and potentially other whale species.”

Once decimated by whaling, southern right whales (Eubalaena australis) are today considered a species of Least Concern by the IUCN Red list. Still, the whales have by no means fully recovered: at best, scientists say, the current population is still less than 15 percent of pre-whaling abundance. Scientists have also recently noted a large increase in mortalities, especially of calves, making an accurate account of the species more urgent. 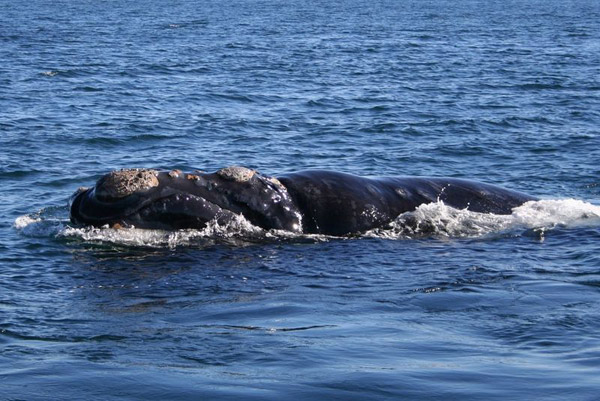 Southern right whale off the coast of Argentina. Photo by: Michaël Catanzariti.

“The WorldView2 satellite has a maximum 50 [centimeter] resolution and a water penetrating coastal band in the far-blue part of the spectrum that allows it to see deeper into the water column,” the researchers write in the paper. From just the single image, they were able to count 55 probable whales and 23 other “features” that were possibly whales. Scientists will need to understand how satellite counts track with manual counts by boat or air to determine a suitable methodology, however the technology shows great promise.

“The methods described here readily lend themselves to the calculation of population abundance estimates and suggest that behavioral patterns could also be elucidated,” the researchers write, adding that improved satellite resolution will make counting whales even easier.

“This will result significantly higher quality imagery and therefore, greater confidence in identifying whales and differentiating mother calf pairs. Such improvements will also provide the opportunity to expand similar methodologies to other whale species.”

However, at this point satellites are only capable of counting particular species, meaning large whales that stay near the surface in calm waters. Small, deep-diving whales—liked beaked whales—are likely to elude the satellite’s gaze much as they have long-eluded our own. 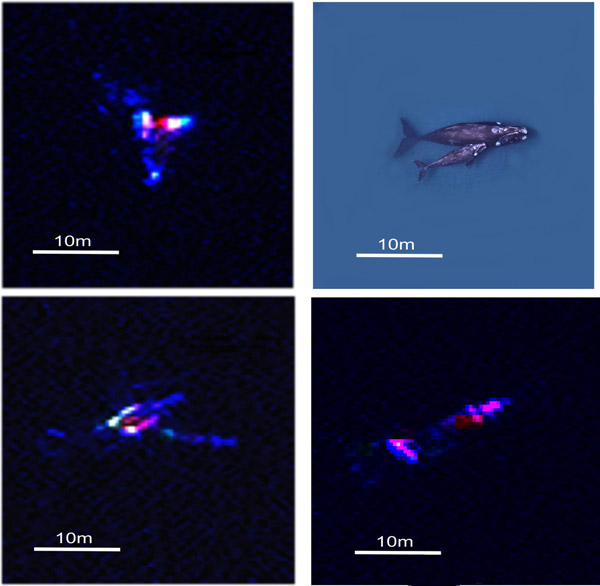 (12/13/2013) Noises from pile-driving, explosives, ship motors and other industrial activities have all been linked to adverse effects on marine wildlife. A new study, funded by the US Navy and published in Proceedings of the Royal Society B, suggests that military sonar may be directly impacting whale behavior. The idea that sonar might affect the behavior of whales is not new. A number of reports in the past have linked the use of military sonar to mass stranding events of beaked whales and baleen whale species.

(09/25/2013) An oil company’s use of a high-frequency mapping sonar system was responsible for a mass whale stranding in northwest Madagascar in 2008, finds a new report.