The world’s leading climate scientists have set out in detail for the first time how much more carbon dioxide humans can pour into the atmosphere without triggering dangerous levels of climate change—and concluded that more than half of that global allowance has been used up.

If people continue to emit greenhouse gases at current rates, the accumulation of carbon in the atmosphere could mean that within as little as two to three decades the world will face nearly inevitable warming of more than 2C, resulting in rising sea levels, heatwaves, droughts and more extreme weather.

This calculation of the world’s “carbon budget” was one of the most striking findings of the Intergovernmental Panel on Climate Change (IPCC), the expert panel of global scientists who on Friday produced the most comprehensive assessment yet of our knowledge of climate change at the end of their four-day meeting in Stockholm.

The 2,000-plus page report, written by 209 lead authors, also found it was “unequivocal” that global warming was happening as a result of human actions, and that without “substantial and sustained” reductions in greenhouse gas emissions we will breach the symbolic threshold of 2C of warming, which governments around the world have pledged not to do.

Ban Ki-moon, the UN secretary-general, urged world leaders to pay heed to the “world’s authority on climate change” and forge a new global deal on cutting emissions. “The heat is on. Now we must act,” he said. 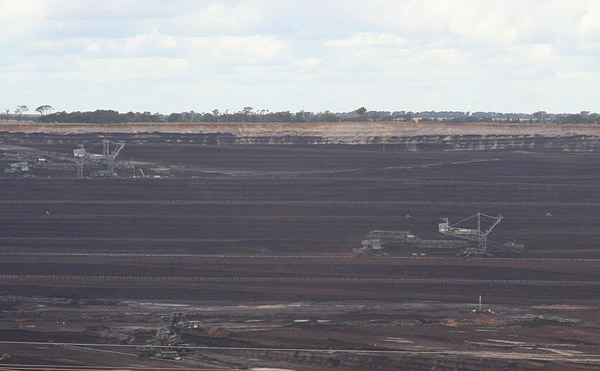 Massive open cut brown coal mine in Victoria, Australia. Over 80 percent of Australia’s energy is powered by coal, the world most carbon-intensive fuel source. Australia also exports over half the coal it mines. Photo by: Marcus Wong Wongm/Creative Commons 3.0.

John Kerry, the US secretary of state, said in a statement: “This is yet another wakeup call: those who deny the science or choose excuses over action are playing with fire.”

“Once again, the science grows clearer, the case grows more compelling, and the costs of inaction grow beyond anything that anyone with conscience or commonsense should be willing to even contemplate,” he added.

The IPCC also rebuffed the argument made by climate skeptics that a “pause” for the last 10-15 years in the upward climb of global temperatures was evidence of flaws in their computer models. In the summary for policymakers, published on Friday morning after days of deliberations in the Swedish capital, the scientists said: “Each of the last three decades has been successively warmer at the Earth’s surface than any preceding decade since 1850. In the northern hemisphere, 1983-2012 was likely the warmest 30-year period of the last 1,400 years.”

Thomas Stocker, co-chair of the report working group, said measuring recent years in comparison to 1998, an exceptionally hot year, was misleading and that temperature trends could only be observed over longer periods, of about 30 years.

Natural variability was cited as one of the reasons for warming being less pronounced in the last 15 years, and the role of the oceans in absorbing heat, which is still poorly understood.

“There are not sufficient observations of the uptake of heat, particularly into the deep ocean, that will be one of the possible mechanisms that would explain this warming hiatus,” said Stocker.

But the most controversial finding of the report was its “carbon budget”. Participants told the Guardian this was the last part of the summary to be decided, and the subject of hours of heated discussions in the early hours of Friday morning. Some countries were concerned that including the numbers would have political repercussions.

The scientists found that to hold warming to 2C, total emissions cannot exceed 1,000 gigatons of carbon. Yet by 2011, more than half of that total “allowance”—531 gigatons—had already been emitted.

To ensure the budget is not exceeded, governments and businesses may have to leave valuable fossil fuel reserves unexploited. “There’s a finite amount of carbon you can burn if you don’t want to go over 2C,” Stocker told the Guardian. “That implies if there is more than that [in fossil fuel reserves], that you leave some of that carbon in the ground.”

This raises key questions of how to allocate the remaining “carbon budget” fairly among countries, an issue that some climate negotiators fear could wreck the UN climate talks, which are supposed to culminate in a global agreement on emissions in 2015.

Their other key findings in the report—the first such assessment since 2007 and only the fifth since 1988—included:

• Atmospheric concentrations of carbon dioxide, methane and nitrous oxide are now at levels “unprecedented in at least the last 800,000 years.”

• Global temperatures are likely to rise by 0.3C to 4.8C by the end of the century depending on how much governments control carbon emissions.

• Sea levels are expected to rise a further 26-82cm (10-32in) by 2100. The wide variation in part reflects the difficulty scientists still have in predicting sea level rises.

• The oceans have acidified, having absorbed about a third of the carbon dioxide emitted. 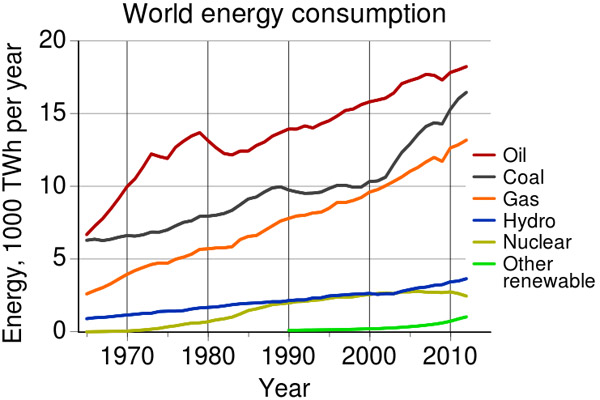 (09/30/2013) Activists have urged the Indonesian government to cancel or reassess plans to build a 148-kilometer coal railway in Indonesian Borneo, claiming the project will be an ‘ecological disaster’ that will destroy watersheds and lead to increased coal exploitation in the region, threatening ecosystems and undermining local government commitments to reduce greenhouse gas emissions.

‘Yet another wakeup call’: global warming is here, its manmade, and we’re not doing enough to stop it

(09/26/2013) World governments must get used to the idea of leaving fossil fuel reserves in the ground unexploited and unburned, one of the world’s most senior diplomats has said, ahead of a landmark report on climate science to be unveiled this Friday by the Intergovernmental Panel on Climate Change (IPCC). The former Irish president and UN high commissioner for human rights, Mary Robinson, is to spearhead a new international push aimed at breaking the climate talks deadlock and silencing skeptics, with a group of senior diplomats and politicians from around the world.

(09/25/2013) For the majority of the new century, Americans have largely stopped caring about the environment. In that time, America has suffered 9/11, two of the nation’s four longest wars, the deepest depression in 80 years, increased inequality, and incompetent or fractured leadership. There’s been a lot on the public mind.

(09/18/2013) The Malaysian government is taking another look at building a hugely controversial coal-fired plant in the Bornean state of Sabah, a proposal that was thrown out in 2011 due to a large-scale grassroots movement. The 300 megawatt coal plant would have been built in Lahad Datu on the edge of a wildlife reserve and the state’s renowned coral reefs. Reportedly, the government is now considering building the same plant only further south in Tawau, which also lies on the coast.