As if ocean acidification and climate change weren’t troubling enough (both of which are caused by still-rising carbon emissions), new research published in Nature finds that ocean acidification will eventually exacerbate global warming, further raising the Earth’s temperature.

Scientists have long known that tiny marine organisms—phytoplankton—are central to cooling the world by emitting an organic compound known as dimethylsulphide (DMS). DMS, which contains sulfur, enters the atmosphere and helps seed clouds, leading to a global cooling effect. In fact, in the past scientists have believed that climate change may actually increase DMS emissions, and offset some global warming, but they did not take into account the impact of acidification.

Researchers, headed by Katharina Six with the Max Planck Institute for Meteorology, tested how acidification affects phytoplankton in the laboratory by lowering the pH (i.e. acidifying) in plankton-filled water tanks and measuring DMS emissions. When they set the ocean acidification levels for what is expected by 2100 (under a moderate greenhouse gas scenario) they found that cooling DMS emissions fell.

Plugging the results into global modeling system, Six says, “we get an extra warming of 0.23 to 0.48 degree Celsius from the proposed impact [by 2100],” adding that “less sulphur results in a warming of the Earth surface.” This creates a positive feedback loop that will likely have impacts that are anything but positive, according to scientists.

To date, the world has warmed approximately 0.8 degrees Celsius in the last century with a variety of impacts including worsening severe weather, rising sea levels, melting glaciers and sea ice, and imperiled species.

Six also notes that a warmer world does not necessarily mean a more productive world for phytoplankton as has been argued by researchers in the past.

“In former times it was assumed that phytoplankton potentially growth better in a warmer ocean,” she explained to mongabay.com. “However, the basis for plant growth is the supply with nutrients. As the oceans will stabilize in the warmer climate, fewer nutrients will be transported into the sunlight zone. Earth system models, like the MPI-ESM that was used for our study, project a decrease in primary production of 17 percent at the end of this century for a moderate climate scenario. The impact from climate change alone led to a decrease in DMS emission of 7 percent.” 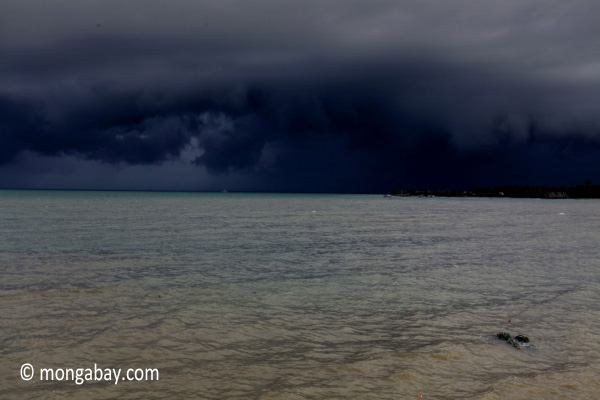 The results are still preliminary as researchers have yet to test how DMS emissions will by impacted in tropical and subtropical waters, focusing to date on polar and temperate waters. In addition, further modeling should be done in order to understand possible uncertainties according to Six.

Still, the evidence is strong enough that the researchers write in the paper that “this potential climate impact mechanism of ocean acidification should be considered in projections of future climate change.” Essentially raising current estimates for a moderate climate scenario by around 10 percent.

Ocean acidification, which has been dubbed “climate change’s equally evil twin” by U.S. National Oceanic and Atmospheric Administration (NOAA)’s Jane Lubchenco, is expected to have largely negative impacts on many marine species, including dissolving the shells of crustaceans and molluscs, hampering coral reefs, and even changing how far fish can hear.

So, how do we stop this from happening?

“There is only one answer,” Katharina Six told mongabay.com, “the abatement of fossil fuel emissions.” 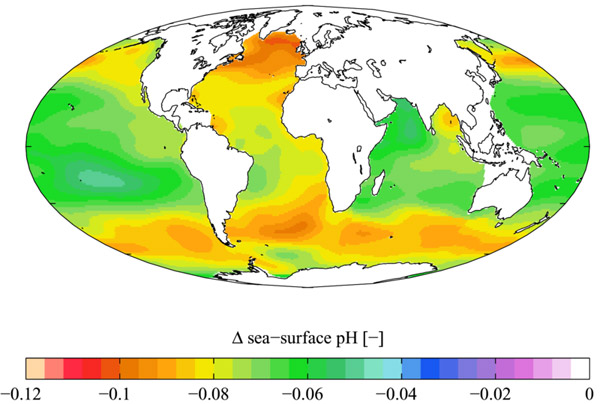