Often misunderstood, REDD+ forest carbon offsets are a “must have” for any realistic climate-change mitigation strategy.

Californians are known as innovation leaders, and once again, we are on the verge of demonstrating critical leadership. Only this time it isn’t about the Internet, social networking, reality television, venture capital or electric cars. It is about stopping tropical deforestation and supporting local communities. ‘What!?’ you say? How is the great state of California, home of bankrupt and massive, thirsty desert cities and Silicon Valley, a place that elected such juggernauts of history as Ronald Reagan and Arnold Schwarzenegger, about to lead in avoiding tropical deforestation?

Thanks to the people of California, and Arnold, in 2006 we passed the California Global Warming Solutions Act (AB32). As a result, this January the state launched its own cap-and-trade carbon market, demonstrating global leadership on climate change as well as opening doors to further innovation in green technologies and job creation. California now has an opportunity to again be an early adopter, offering polluting companies the chance to offset a small percentage of their carbon emissions by supporting reductions in tropical deforestation through a mechanism called jurisdictional REDD+ – Reducing Emissions from Deforestation and Forest Degradation. Since deforestation accounts for some 15% of global carbon emissions, reducing deforestation plays an essential role in addressing climate change. 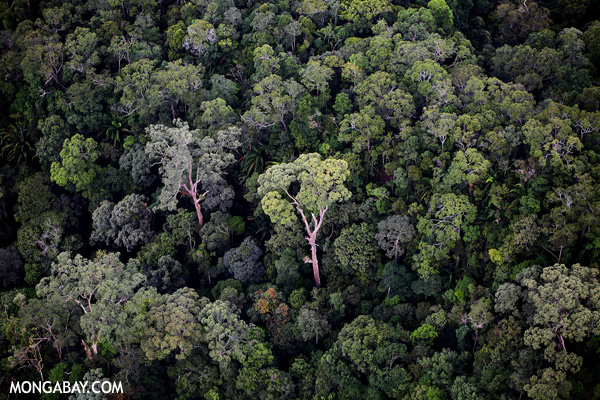 Trees perform vital functions for our climate such as absorbing and storing carbon. But they are currently not valued for these services – and it is this shortcoming that REDD+ forest carbon offsets aim to address. Entities regulated under AB32 would be able to contribute to this solution by reducing a small portion of their emissions by purchasing forest carbon offsets as part of their strategies to reduce their carbon emissions.

Companies and other institutions can contribute to this effort by signing Code REDD’s Letter of Support for inclusion of REDD+ in CA’s climate policy.

Carbon offsets are often misunderstood. Some claim they amount to “permits to pollute,” but this is not accurate. Offsets are necessary to achieving emission reduction goals as we transition to a low-carbon economy since they are one of the only ways to address unavoidable emissions. They are part of, and do not replace, companies’ emissions reductions efforts.

To be clear, we aren’t talking a huge amount. If approved, California polluters would be allowed to offset just 2% to 4% of their compliance obligations with REDD+ offsets (only 8% can be offset in total). This means that 92% of a regulated entity’s carbon emissions must still be addressed at source. Yet this 2% to 4% would play a hugely important role—demonstrating to the world that REDD+ is a viable climate solution, and empowering local communities, protecting wildlife and slowing deforestation. And since the planet does not differentiate between CO2 molecules – no matter where they originate – reducing carbon emission from tropical deforestation is still reducing carbon emissions – even here in California. Furthermore, California’s leadership in REDD+ is already catalyzing innovation, growth in California’s green jobs, technology development, and public-private partnerships – right here in California. 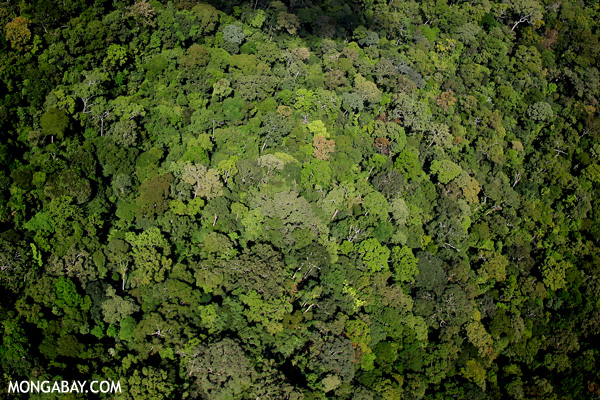 It is not enough anymore for businesses to simply change light bulbs and make their buildings more energy efficient. We need corporate leaders to understand that sustainability and addressing climate change means taking that extra step needed to meet our 2020 emissions goals. It is time for more companies to recognize and adopt offset policies as an integral part of carbon emission reduction plans. REDD+ allows responsible companies to go beyond the reductions achievable in their direct operations and offset their unavoidable emissions by reducing deforestation.

In addition to jurisdictional REDD offsets under AB32, through the voluntary market companies and philanthropists today can directly support high-quality, high impact REDD+ projects. REDD+ projects “done right” are transforming the economic incentives that lead to deforestation, protecting endangered wildlife and improving the lives of local communities. These projects demonstrate that REDD+ can bring greater value to forests while supporting the rights of forest peoples.

To help stop climate change, we must greatly reduce tropical deforestation. And there has been significant progress. But to succeed, we need to find ways to bring greater value to living forests. REDD+ forest carbon offsets are one step in the right direction. Let’s voice our support and help the great state of California make an important and vital contribution.

About the authors: David Rothschild (left) serves as a Principal of the Portfolio Team at the Skoll Foundation and manages a variety of key relationships with funded social entrepreneurs, domain experts, policy makers, corporate partners and co-funders. Karin Burns (right) serves as Executive Director of Code REDD and advocates for corporate leaders to address climate change by catalyzing the market for REDD verified emissions reductions through both voluntary and compliance carbon markets.

Editor’s note: Mongabay Founder and President Rhett Butler served as an advisor to the Skoll Foundation on deforestation-related issues from 2010-2012. Rhett was not involved with this commentary, other than posting it on the site.

(07/19/2013) A panel of scientific experts has released a final report outlining how carbon credits generated from tropical forest conservation could be used under California’s cap-and-trade system while minimizing risks to forest-dependent communities and wildlife.

(05/07/2013) As the public comment period for California’s cap-and-trade program draws to a close, an alliance of environmental activists have stepped up a heated campaign to keep carbon credits generated by forest conservation initiatives in tropical countries out of the scheme. These groups say that offsets generated under the so-called Reducing Emissions from Deforestation and Degradation (REDD+) mechanism, will undermine efforts to cut emissions as home, while potentially leading to abuses abroad. However supporters of forest conservation-based credits say the program may offer the best hope for saving the world’s beleaguered rainforests, which continue to fall at a rate of more than 8 million hectares per year.

(04/03/2013) A few weeks ago the Skoll World Forum hosted an online debate on how increased global consumption can be balanced with sustainability. The debate asks how a rapidly growing world that is ever consuming can hope to feed everyone, and at the same time address the deforestation that is emitting massive amounts of carbon into the atmosphere and destroying the world’s greatest tropical forests. Many contributors made very strong points—even contradicting one another in their approaches and ideas.

Commentary: Protecting the people, not the polluters, says Greenpeace

(09/27/2012) Greenpeace is dedicated to ending deforestation and preventing catastrophic climate change. We are often recognized for putting our lives and freedoms on the line to accomplish these goals. In the U.S. alone, Greenpeace is campaigning to save ancient forests, speaking out against the coal industry; mobilizing millions to save the arctic from new oil drilling; and pushing key industries to commit to renewable energy.

(09/25/2012) From 2008 through 2010, deforestation in the states of the Brazilian Amazon declined steeply, lowering reductions in CO2 emissions to the atmosphere by approximately 1.5 billion tons. During this same period, the 30 nations that participate in the world’s largest carbon market—the European Union’s “Emissions Trading Scheme” (EU ETS)—reduced emissions by about 1.9 billion tons (Figure 1). There is an important difference between these two extremely important steps towards emissions reductions. The first was achieved through climate-related donations of approximately US$ 0.47 billion. The second involved financial transactions of US$ 411 billion—roughly 875 times more money. Greenpeace’s new report , Outsourcing Hot Air, could help to slow—or reverse—the progress of tropical states and provinces around the world in reducing emissions from deforestation and forest degradation (REDD).

(09/25/2012) California’s inclusion of forest conservation-based carbon offsets in its climate change legislation may not lead to net reductions in greenhouse gas emissions and could exacerbate social conflict in places like southern Mexico, argues a report released Monday by Greenpeace. But the activist group faced sharp criticism from backers of California’s initiative.

(10/24/2011) Bucking long-stalled efforts in the US to combat global climate change, California has approved final rules for a cap-and-trade program set to go into effect in 2013. The program will require large polluters in California to reduce emissions or to ‘trade’ emissions on the carbon market with another company or initiative that is sequestering carbon. The rules even allow companies outside the state to participate, creating clean energy incentives across the US.