The researchers, lead by Richard T. Corlett of Xishuangbanna Tropical Botanical Garden, Center for Integrative Conservation in the Peoples Republic of China, collected four species of adult female fig wasps from the lowland tropical forests of Singapore to test their tolerance to gradually increased temperatures. The results of the experiment showed a steady decrease in fig wasp life-expectancy as temperatures rose, suggesting the vulnerability of these pollinator wasps to a warmer world.

“A decline in fig populations is thus likely to lead to a decline in the ability of the area to support vertebrate frugivores [fruit-eaters], with possible implications for other plant species that need these frugivores to be available when they fruit,” Corlett explained. 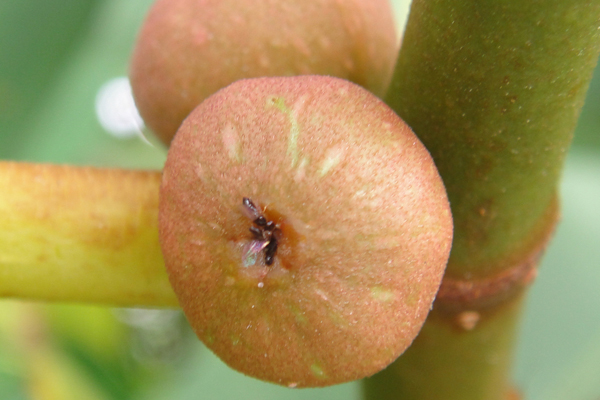 These particular figs are pollinated by female wasps, which only lay their eggs exclusively in fig flowers. In turn wasp larvae feed on some of the developing seeds, exemplifying the specialized relationship.

The data collected from the experiment suggests that an increased temperature of three degrees Celsius or higher above current temperatures experienced across the equatorial tropics could significantly impact the delicate relationship between the wasps and its host plant.

Although these threats are substantial, Corlett believes conservation efforts to preserve and mitigate the effects of global warming on fig wasps “appear not to be needed under normal circumstances.” 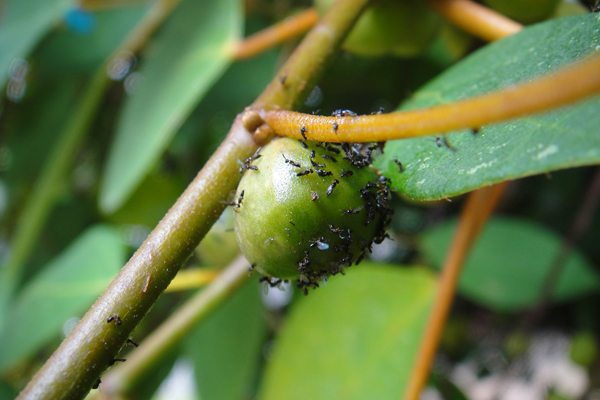 He notes that “the wasps are amazingly good at finding the correct fig species at the correct stage for them to enter the developing figs, pollinate them and lay their eggs.”

The ability for wasps to acclimatize to gradual increased temperature is essential to their survival. “If warmed slowly during their larval stage, the wasps might acclimatize to higher temperatures to at least some extent,” explains Corlett. “Moreover, the fig wasps go through a generation a month, or around a thousand generations by the end of this century. This is plenty of time to evolve more thermal tolerance if the population has the genetic variation needed to do this.”

Figs are among the largest of plant genera with approximately 750 species of trees and plants in the tropical and subtropical regions of the world. Their specialized relationship with wasps emphasizes the risk of extinction for many species. Because of this vulnerability, Corlett calls figs “a wonderful model system,” explaining that, “you can study things that are difficult to do with other plants, but also of real importance in tropical ecosystems.” 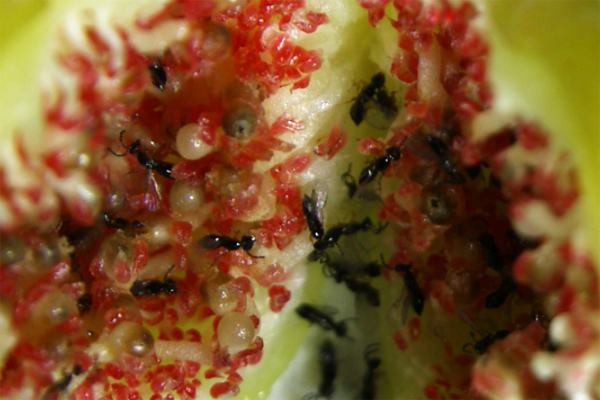 Wasps on the inside of a fig. Photo by Nanthinee Jevanandam.

Research on symbiotic relationships and environmental systems is essential to adequately protect tropical environments and the plants and animals that utilize those resources.

The only sure way to mitigate the threats on these environments, according to Corlett, “is by stopping global warming. Maintaining forest cover will help a little, but nothing will compensate for several degrees of warming.”

(12/13/2012) Researchers in Panama have published the results of the most comprehensive survey of arthropods in a small area of tropical rainforest. At a high level, the findings surprise no one: the Panamanian rainforest is full of insects, spiders, and crustaceans. Yet the results also show how little is known about this large group of organisms — 60-70 percent of the species are thought to be new to science.

(08/31/2012) Twenty percent of invertebrates are at risk of extinction, according to a new report that looks at the 12,621 invertebrates assessed by the IUCN Red List to date. Although invertebrates never garner the same conservation attention as big, charismatic animals such as tigers and elephants, they play an undeniable role in maintaining healthy ecosystems. In addition, since invertebrates make-up 80 percent of the world’s species, the report raises new concerns about global biodiversity decline.