Scientists have long known that ocean acidification is leading to a decline in Pacific oyster (Crassostrea gigas) in the U.S.’s Pacific Northwest region, but a new study in the American Geophysical Union shows exactly how the change is undercutting populations of these economically-important molluscs. Caused by carbon dioxide emissions, ocean acidification changes the very chemistry of marine waters by lowering pH levels; this has a number consequences including decreasing the availability of calcium carbonate, which oysters and other molluscs use to build shells.

The scientists found that while ocean acidification in the region was not yet reached the levels where it would begin dissolving adult oyster shells, current levels were making it increasingly difficult for more vulnerable oyster larvae to build their shells.

Pacific oyster begin their lives as free-flowing eggs released from females which are then fertilized by the males. Once fertilization occurs, the oyster transform into shell-free larvae. However, these oyster larvae—which live off the nutrients of their egg for the first few weeks—must rapidly build their shells before attaching themselves to the sea floor. During the shell-building process, the juveniles also develop new feeding parts.

“It becomes a death race of sorts,” explains lead author George Waldbusser with Oregon State University, Corvallis. “Can the oyster build its shell quickly enough to allow its feeding mechanisms to develop before it runs out of energy from the egg?”

But more carbon dioxide in the oceans has made it so that young oysters are increasingly likely to lose this “death race.” Oyster larvae are forced to expend more energy to build their shells. In contrast, adult oysters are capable of continuing to produce shell material once they get through the larvae stage, albeit more slowly than in the past.

“The failure of oyster seed production in Northwest Pacific coastal waters is one of the most graphic examples of ocean acidification effects on important commercial shellfish,” says Dave Garrison, program director with the U.S. National Science Foundation’s (NSF) Division of Ocean Sciences. “This research is among the first to identify the links among organism physiology, ocean carbonate chemistry and oyster seed mortality.”

The news from the research is not all bad however for oyster-eaters. Artificial oyster hatcheries have various means to mitigate the impact of ocean acidification on their clutches, however the same can be said for wild oysters.

While carbon emissions from burning fossil fuels initially enter the atmosphere, a significant percentage is sequestered by the oceans where it has led to acidification. In some places, pH levels have dropped so far that shells have begun to dissolve. Although garnering less attention than global warming, ocean acidification could have devastating impacts on the world marine ecosystems, including decimating coral reefs. Jane Lubchenco, the head of the U.S. National Oceanic and Atmospheric Administration (NOAA), has recently dubbed ocean acidification “climate change’s equally evil twin.” Still, such warnings have not led to success in cutting global carbon emissions, which reached a new record last year according to the International Energy Agency (IEA).

The study was funded by the NSF. 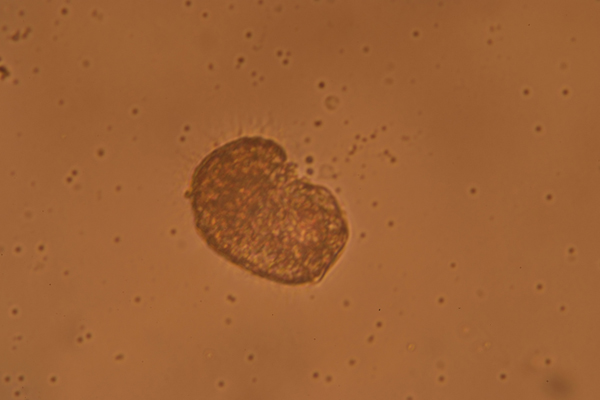