Deforestation jumped during the first three months of 2013 in Malaysia, Nepal and Mexico, according to a forest tracking tool developed by a team of NASA researchers.

Indonesia, the country with the second-highest rate of forest loss among tropical countries, saw its forest disturbance rise 3 percent during the period. 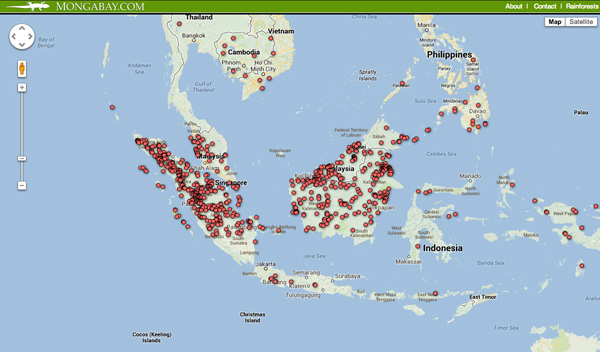 Clearing for palm oil production in Malaysia in 2012