On Thursday roughly 200 indigenous people launched an occupation of a key construction site for the controversial Belo Monte dam in the Brazilian Amazon. The protestors, who represent communities that will be affected by the massive dam, are demanding immediate suspension of all work on hydroelectric projects on the Xingu, Tapajós and Teles Pires rivers until they are properly consulted, according to a coalition of environmental groups opposing the projects.

The protestors include members of the Juruna, Kayapó, Xipaya, Kuruaya, Asurini, Parakanã, Arara, and Munduruku tribes. Non-indigenous fishermen and riverine community members that will also be affected by Belo Monte have also reportedly joined the demonstration. Organizers say the occupation will continue “indefinitely or until the federal government meets their demands.”

“Today’s protest demonstrates the relentless resistance of a growing group of united peoples against Belo Monte, Tapajós and destructive dams throughout the Amazon,” said Leila Salazar-Lopez, Amazon Watch Program Director, in a statement. “These are the final moments to change course as construction closes in on the Xingu and other lifeline rivers of the Amazon.” 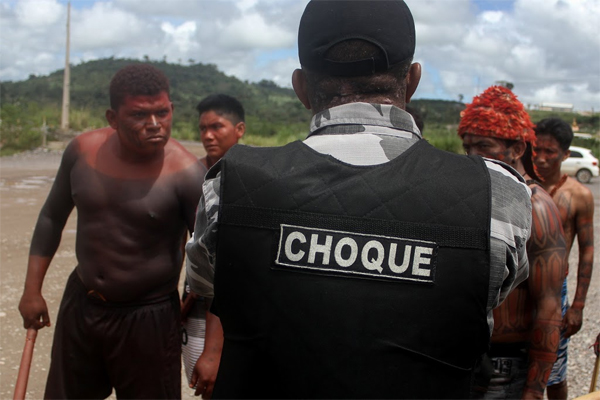 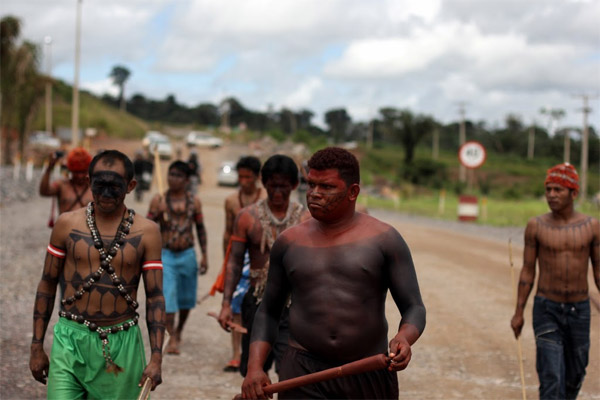 Protest at one of the main construction sites of the Belo Monte Dam complex in the municipality of Victoria de Xingu. Photos ©Ruy Sposati/CIMI

Belo Monte has been the site of several protests since the Brazilian government finalized approval of Belo Monte. Indigenous groups, local fishermen, and environmentalists are strongly opposed to the project, which will divert nearly 80 percent of the flow of the Xingu river, one of the Amazon’s mightiest tributaries. The dam will flood tens of thousands of hectares of land, displace more than 15,000 people, and could push several endemic fish species to extinction. Belo Monte, which will operate at less than 40 percent of capacity despite its $15 billion dollar price tag, will require additional upstream dams to be commercially viable, according to independent analysts, potentially amplifying the project’s impact.

Belo Monte and other dams on the Xingu represent just a small fraction of the hydropower projects being developed by Brazil in the Amazon Basin. According to an analysis published last year, 231 dams are currently planned in the Brazilian Amazon alone. Another 15 are slated for Peru and Bolivia.

Ecologists say there are myriad problems with large dams in tropical ecosystems, especially when built on the scale envisioned in the Amazon. Large dams interfere with the hydrological cycle and nutrient flows through an ecosystem, while restricting or blocking access to breeding and feeding grounds for migratory fish species. Meanwhile areas inundated with water can generate substantial greenhouse gas emissions. Design flaws in some tropical dams, which draw methane from the base of their reservoirs, can exacerbate climate impacts. Finally flooding in the reservoir area can displace communities traditionally dependent on rivers, while creating hardship downstream from degraded fisheries.

(04/08/2013) An Amazonian community has threatened to “go to war” with the Brazilian government after what they say is a military incursion into their land by dam builders. The Munduruku indigenous group in Para state say they have been betrayed by the authorities, who are pushing ahead with plans to build a cascade of hydropower plants on the Tapajós river without their permission.